Crustacean elation! Discovering a corner of Canada where the world really is your lobster

If Lucy’s forecast is correct, winter in Nova Scotia will continue for another six weeks. The sun is shining yet the air is chilly and the ground is dusted with snow. Call me old-fashioned, but I prefer checking my phone’s weather app to relying on the forecasting skills of a lobster.

Like Punxsutawney Phil, the rodent in the film Groundhog Day, Lucy the Lobster participates in a prognosticating ceremony each February 2. Onlookers gather by the causeway leading to Cape Sable Island, the Canadian province’s most southerly tip, to discover whether she’ll see her own shadow on emerging from the Atlantic Ocean. According to the Groundhog Day tradition, an animal seeing its shadow means a prolonged winter.

In Barrington, 150 miles south-west of the provincial capital Halifax, the event is regarded as a bit of fun. It was first held just two years ago, coinciding with the establishment of the South Shore Lobster Crawl, a month-long celebration of the importance of lobster fishing to this part of Canada. Continuing throughout February, the Lobster Crawl is a festival featuring a mixture of food and musical and sporting events. 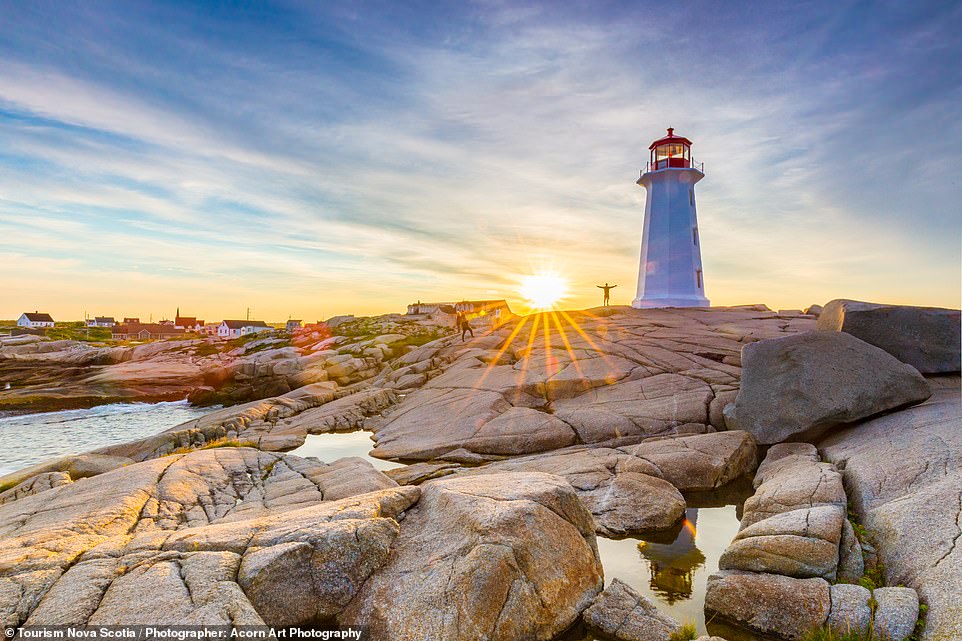 Fishermen’s friend: The Peggy’s Cove lighthouse, which visitors can see on the Lighthouse Route, a 211-mile scenic drive between Halifax and Yarmouth

Barrington is known as the Lobster Capital of Canada, a title the town acquired in 1998. About two-fifths of the country’s annual catch is hauled on to South Shore’s boats. During the 2018-19 lobster fishing season, which runs from late November until the end of May, they landed 28,334 tons of lobster.

At a wharf in West Berlin, a few miles up the coast, Brad Crouse welcomes me on to his boat, the JKC. As part of two-night Great Canadian Lobster Fishing Feast packages offered by the White Point Beach Resort, guests can head out to the Atlantic during a half-day lobster fishing excursion.

Fortunately, we’re blessed with a flat sea and I’ve got on multiple layers of clothing to keep me warm as the JKC chugs towards buoys a couple of miles offshore. Crew members haul up cage-like traps, pull out freshly caught crustaceans, then set new bait and drop them back into the sea. 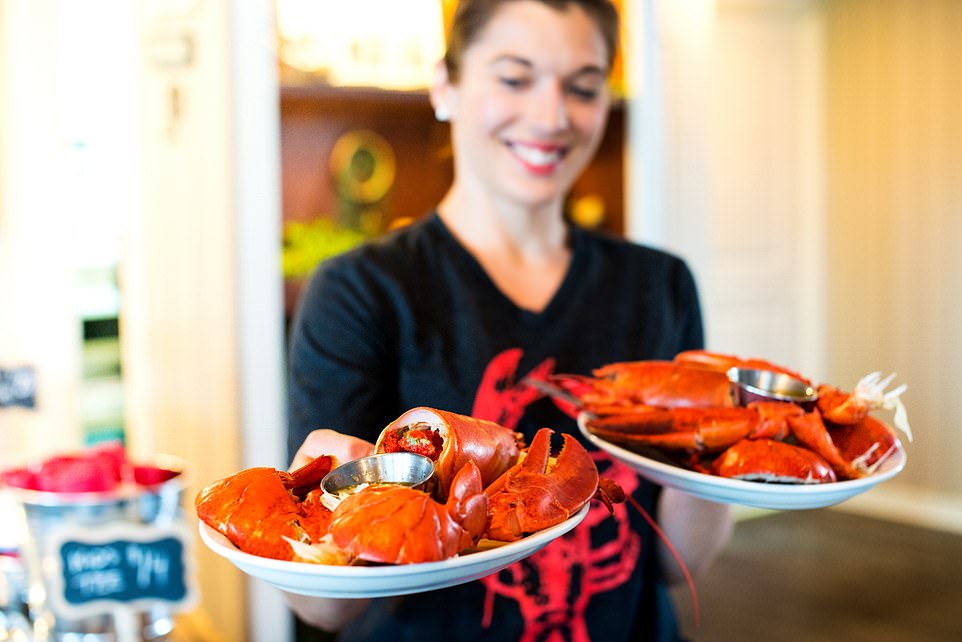 Barrington is known as the Lobster Capital of Canada, a title the town acquired in 1998 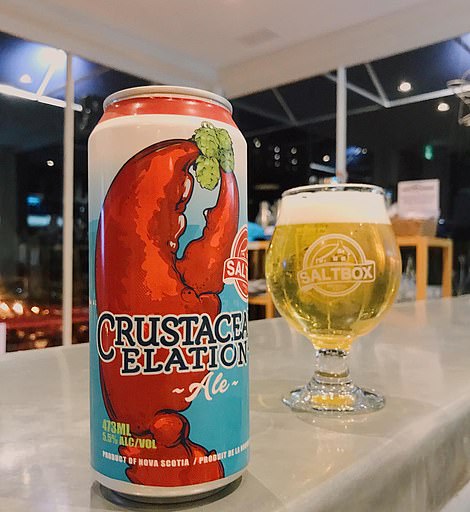 Brewers have worked lobster into beer at the Saltbox Brewing Company, based in Mahone Bay

Here in Nova Scotia, lobster was once regarded as poor people’s food and served in prisons. I discover how air freight has changed that at Fisher Direct, a lobster processing facility at Shag Harbour.

Forklift trucks load cardboard boxes packed with live lobsters bound for the Far East into an articulated lorry. Wesley Nickerson, the son of the plant’s owner, shows me huge seawater-filled tanks capable of holding up to 650,000 lb of lobster.

During a cookery demonstration by Alain Bossé, a Canadian TV personality better known as the Kilted Chef, I learn that most restaurants serve lobsters weighing 1½ lb, and that females should be boiled in seawater for 13 minutes while males need just 12 minutes in the pot.

Next stop is Captain Kat’s Lobster Shack, the Barrington restaurant with a reputation for serving the region’s best lobster roll. But the tender meat is worked into dishes in a variety of innovative ways at different places, including on a pizza at the Port Grocer in Port Medway. In the province’s oldest pub, the Fo’c’sle Tavern in Chester, it enhances the mac and cheese, while it’s the star component of lobster dinners served at the Five Fishermen, a chic Halifax restaurant that was once a funeral home – bodies were taken there following the sinking of the Titanic.

Brewers have even worked lobster into beer at the Saltbox Brewing Company, based in Mahone Bay. Over a glass of Crustacean Elation ale in the brewery’s taproom, it’s easy to enter conversation with locals and on toasting others at my table, I’m informed that Nova Scotians say ‘sociable’ rather than ‘cheers’.

The province’s Lighthouse Route, a 211-mile scenic drive between Halifax and Yarmouth, is a joy to follow outside of the peak summer season. Just a handful of people are at the rustic fishing village of Peggy’s Cove, a regular spot for cruise ship excursions, when I pause to photograph the octagonal lighthouse on a bright morning. 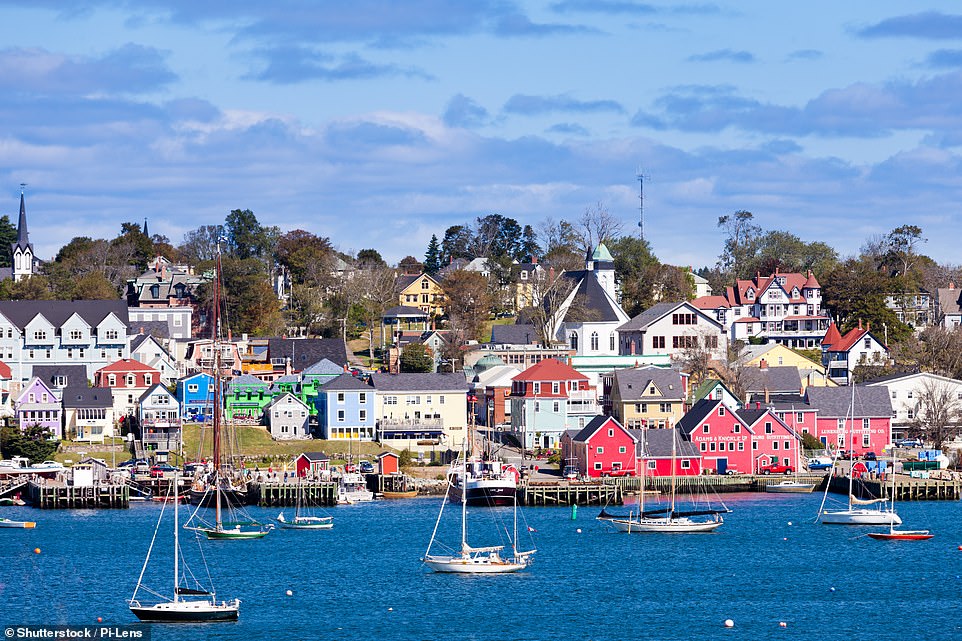 With an extra week, you could explore the Bay of Fundy shoreline and follow the Good Cheer Trail. It takes in wineries and craft breweries on its way towards Sydney on Cape Breton Island.

As I sit down for dinner on my final night in the province, I do hope that Lucy will forgive me for what I’m about to order.