Take a step back into the American West of bygone times, courtesy of this fascinating new book.

Ernst Haas: The American West, written by Paul Lowe and published by Prestel, is an eye-opening compendium of vintage photographs of western America, captured by the late photographer and photojournalist Ernst Haas.

Having already established himself as a talented black-and-white photographer in Europe, the Austrian photographer moved to America in 1951 and soon earned a reputation for taking iconic colour photographs of geographic and cultural landscapes in the U.S.

The book delves into the archives of both his black-and-white and colour photography of the mid-to-late 20th century, showcasing spectacular images of scenes that include the bright lights of Route 66, enormous Arizonan canyons and rows of cowgirls in New Mexico.

In the introduction to the book, photography lecturer Lowe writes: ‘This book charts Ernst Haas‘ 34-year love affair with the myth and the reality of the American West. Haas celebrated the grandeur of the landscape, but also critiqued the excesses of American culture, and found solace in the traditions of the Native Americans. Haas used his extraordinary command of colour to great effect.’

And the publisher notes: ‘The remarkable book offers a vision of America that feels both poignantly distant and reassuringly familiar.’ Below are photographs from the book that encapsulate this vision… 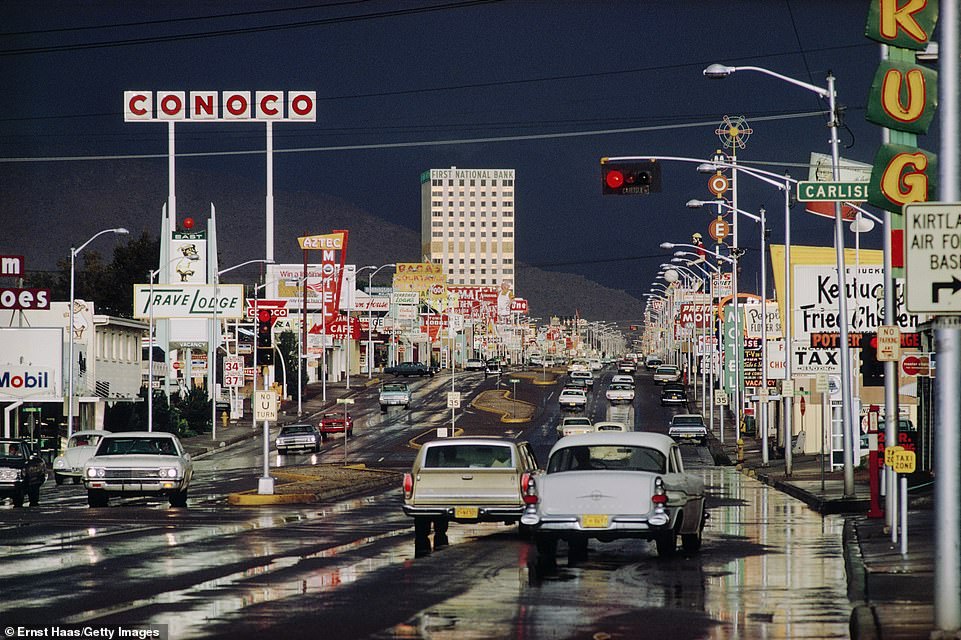 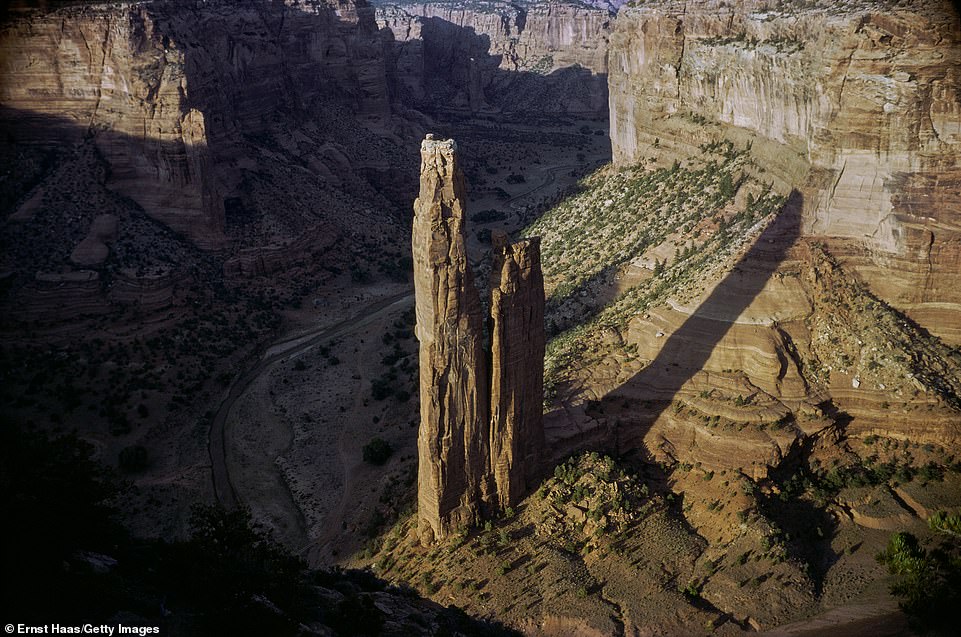 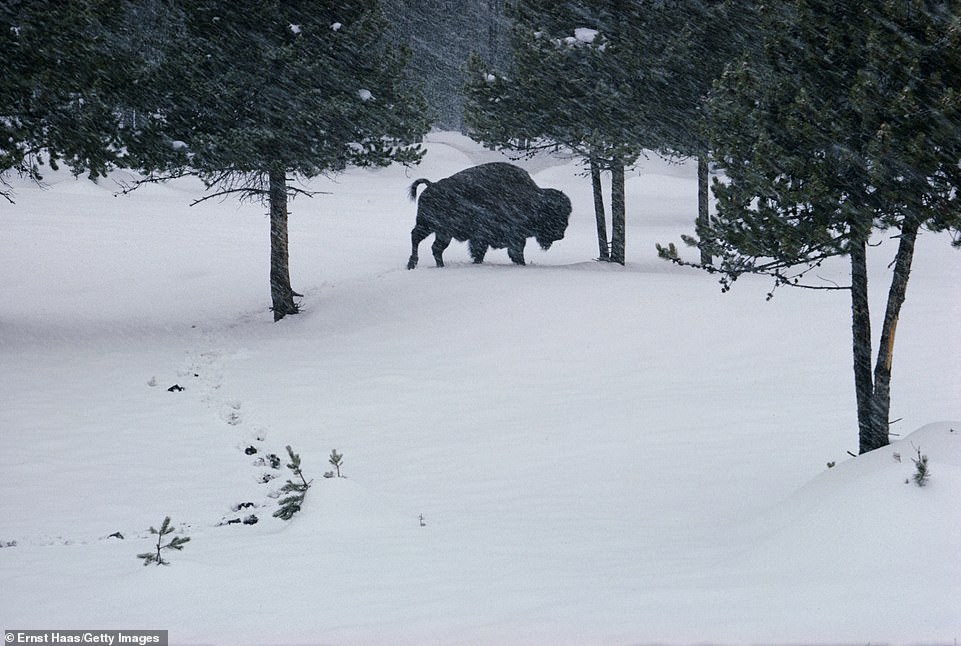 A buffalo seeks shelter under trees during a snowstorm in Yellowstone National Park in this evocative 1966 picture by Haas, titled Buffalo Winter 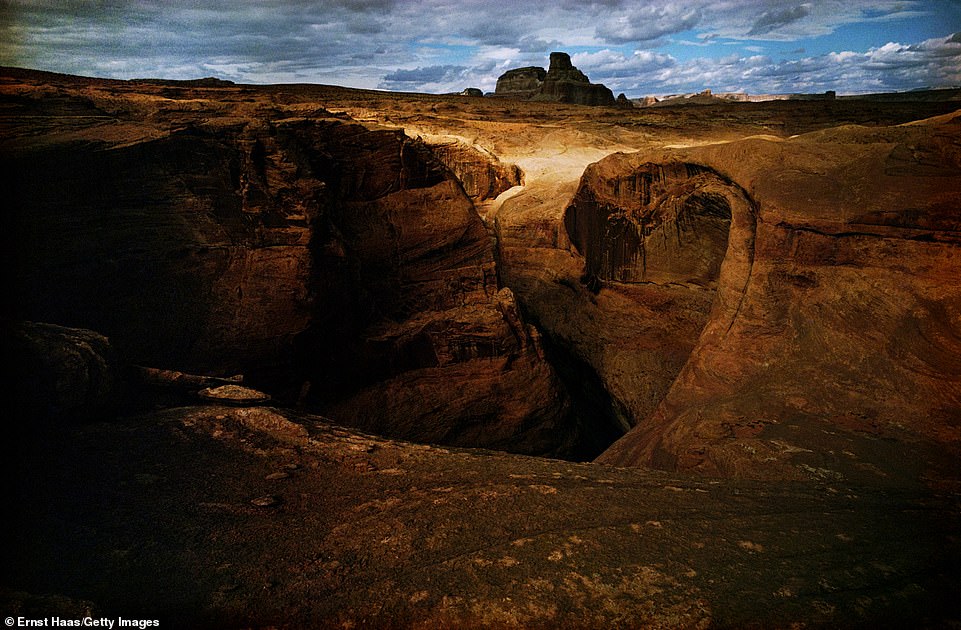 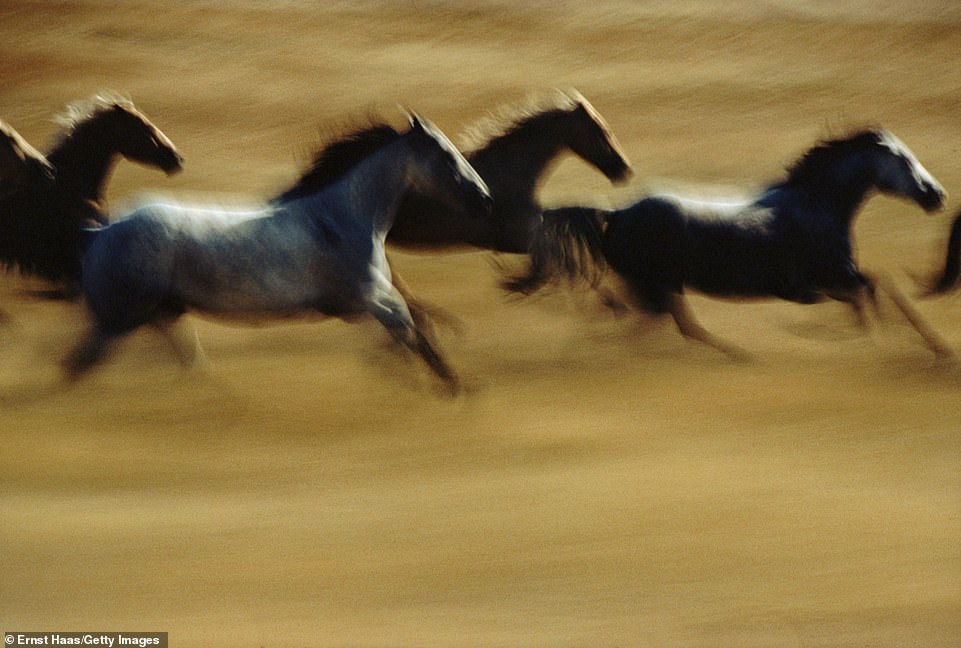 Taken in 1978, this dynamic picture of wild horses galloping across the countryside is titled Free Spirits 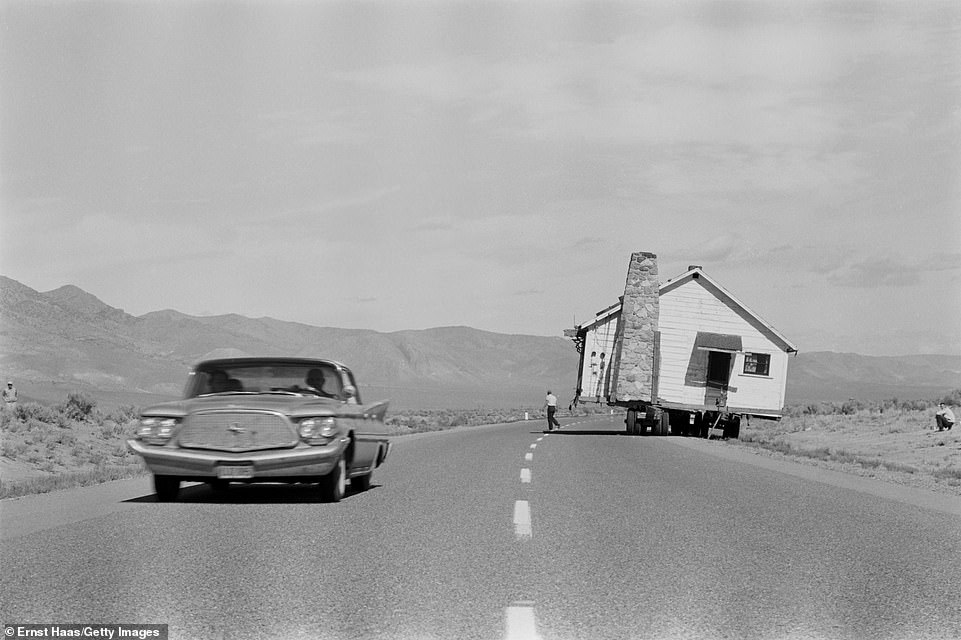 This curious 1960 photograph shows a house being transported by a trailer along a Nevada road. Haas titled the shot Snail’s Pace 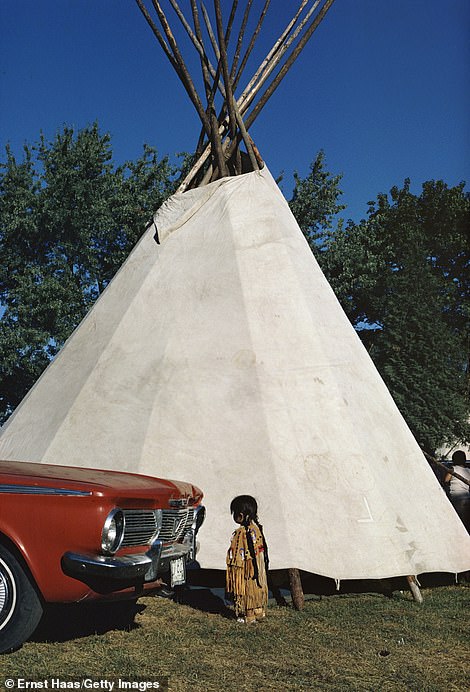 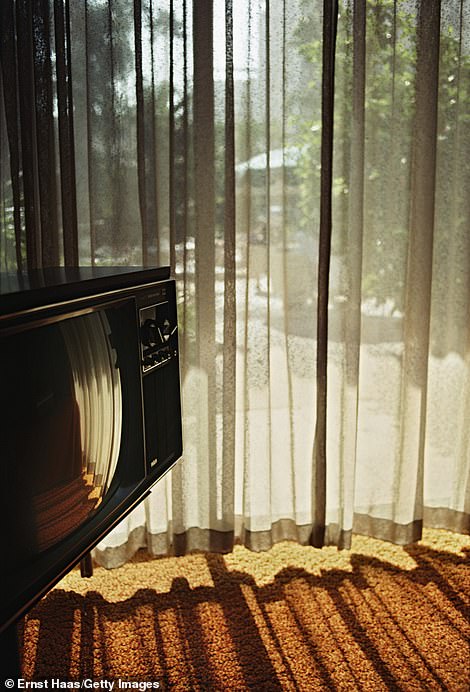 LEFT: This striking picture shows a little girl in Native American dress standing in front of a Plymouth Valiant car and a teepee in Seattle, Washington State, in 1975. Haas named the shot Seattle Settlement. RIGHT: Titled TV and Shadows, this beautifully-lit picture depicts a television set by a window in California, circa 1975 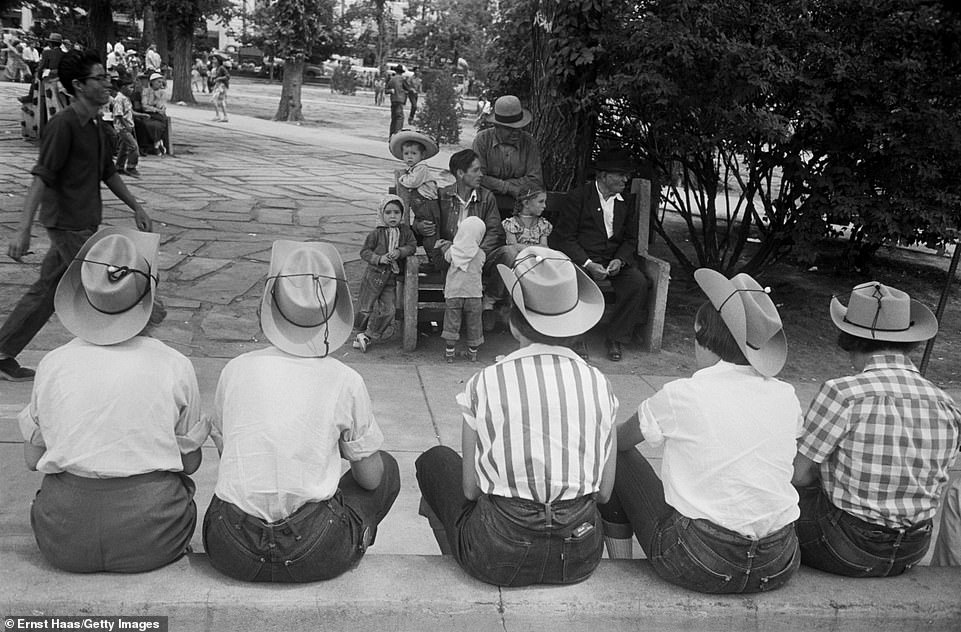 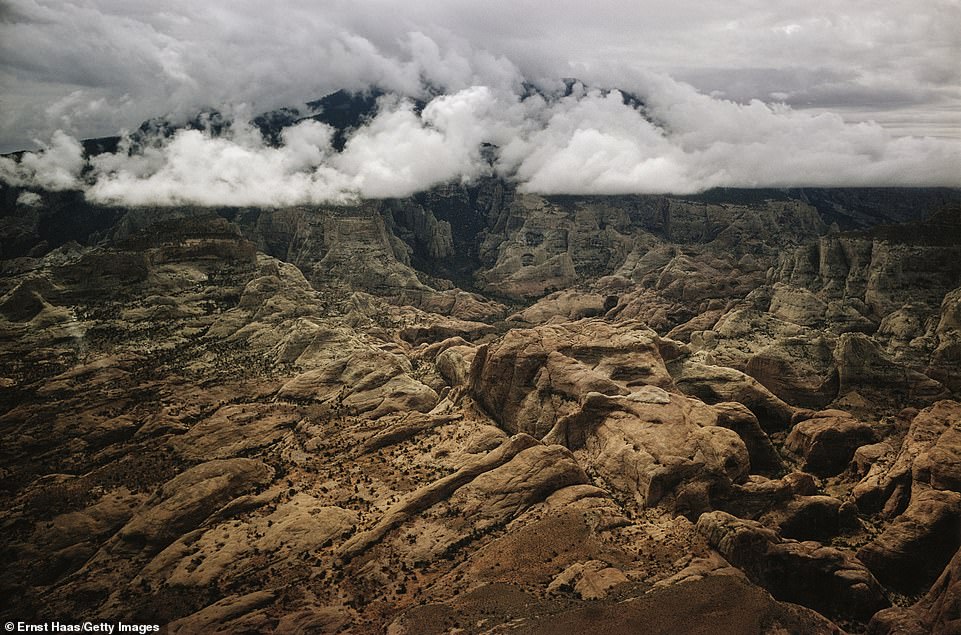 In this epic 1960 photograph, Haas has captured an aerial view of cloud and rock formations in western America 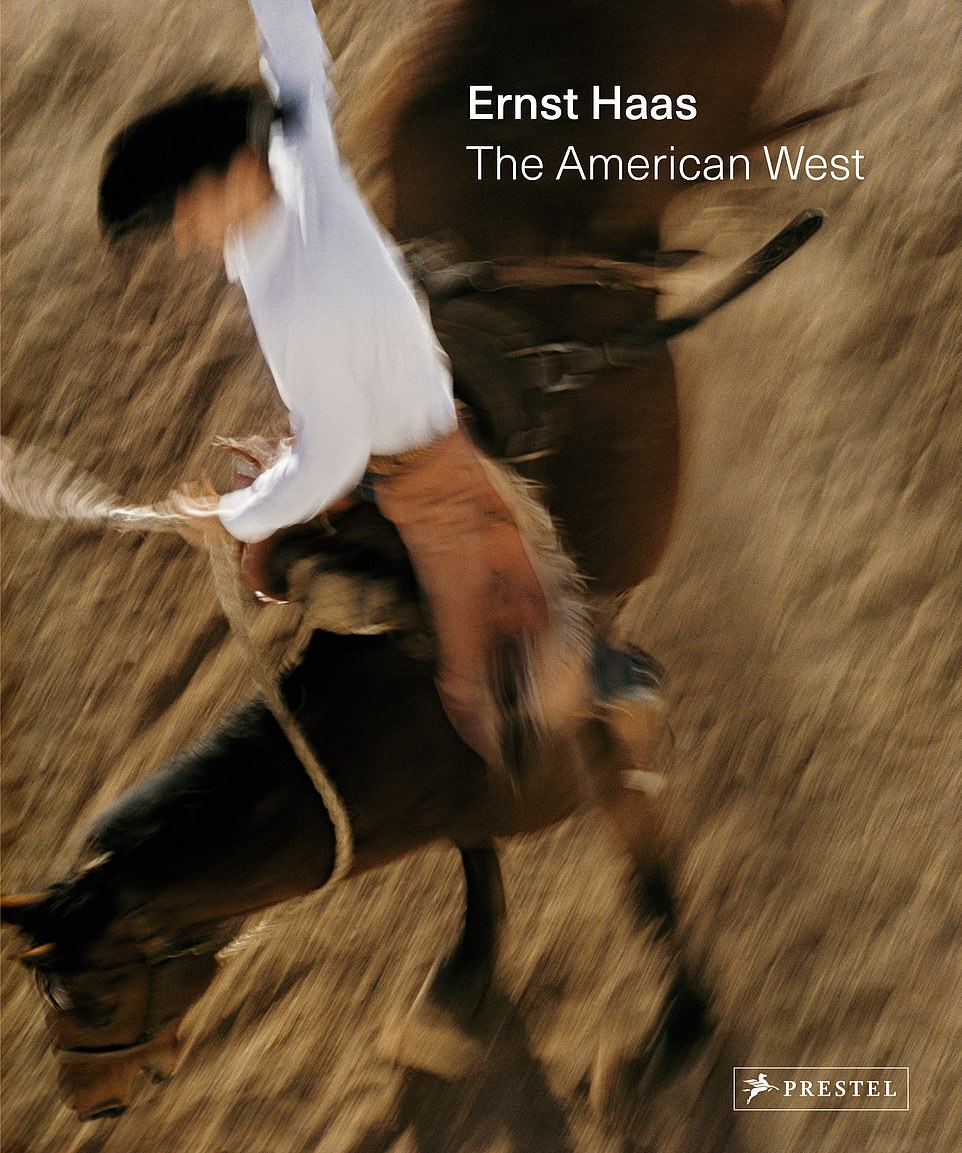