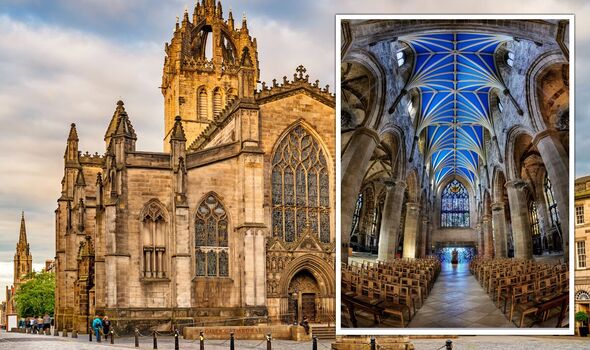 Staycations are set to be as popular as ever in 2023 and Britons are spoilt for choice when it comes to destinations. However, holidaymakers might want to make a stop at a particularly impressive building in Scotland.

Research from angi looked at the world’s most beautiful buildings by searching Tripadvisor reviews.

Scotland’s most beautiful building was St Giles’ Cathedral in the capital city, Edinburgh.

Founded in 1124 by King David I, St Giles’ Cathedral has been a working church for almost 900 years.

The spectacular building has a colourful history and has even been raided more than once in the past.

In 1322, Edward II sent an army to Scotland in an attempt to punish the country for affirming its independence from England.

St Giles’ was fire damaged along with much of Edinburgh and was raided again just over 60 years later.

In 1385, Richard II sent a large army to destroy St Giles’ and other Scottish churches. Although much of the building survived the onslaught, black marks from the attack could be seen until the 19th century.

Many centuries later in 1985, the cathedral installed a Robert Burns Memorial window to honour the poet.

The cathedral saw some history recently when the Queen’s coffin rested there for 24 hours for people to pay their respects.

The beautiful window reflects the themes of Burns’ work and is said to represent nature, humanity and love.

A visitor wrote on Tripadvisor: “The warm heart of a city. A great place to take in the history of the city, and a country.”

Another said: “It is stunning for sure and the historic significance of various spaces and features are clearly interpreted.”

Edinburgh is one of the UK’s top city breaks and although the city is perhaps most alive during the August Fringe festival, there are plenty of other opportunities to explore.

Tourists can also explore Edinburgh Castle, visit the National Museum of Scotland or head to the Royal Botanic Garden.

Many tourists like to climb to the top of Arthur’s Seat to enjoy a bird’s eye view of the city below.

Most beautiful buildings in the world (angi)