Business Minister Paul Scully has insisted that London Mayor Sadiq Khan lifts the ULEZ and congestion charges to help Londoners travel across the capital during the rail and tube strikes. He made his plea to LBC’s Nick Ferrari last week and also requested non-essential roadworks were stopped during the industrial action.

Mr Scully said: “If you’re going to strike you risk other businesses, other people’s livelihoods, but also the rail system up and down the country, including in London.

“Because we are at a point where we are trying to get people back into work and it’s fragile – any excuse to stop people travelling really does affect the fare box and the financial viability of the rail service.

“We don’t want to risk anybody’s job so please get around the table, it’s not helping anybody.

“What I would also call for though, is assuming that the rail strikes do go ahead, that in London the mayor lifts the congestion charge and stops non-essential roadworks on those strike days to make it easier for people to go about their business and get into work.” 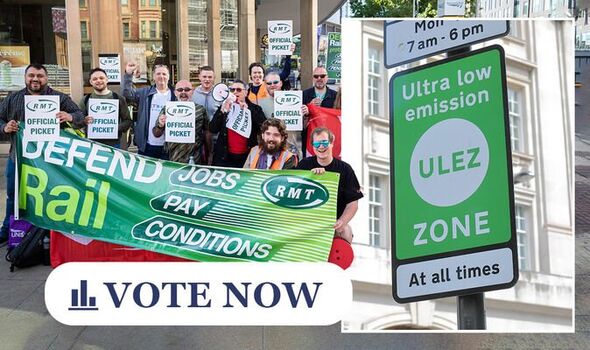 James Sunderland, MP for Bracknell, also told Express.co.uk that lifting such measures temporarily would be a nice gesture to “hard-pressed families”.

He said: “Yes, no doubt some commuters will be able to weather the inconvenience by working from home.

“But many will not be able to, notably key workers, those without cars and those reliant on train travel, such as students and others still needing to get around.

“Waiving the congestion charge and ULEZ would be a decent gesture for those now having to drive into London as this just places more costs on hard-pressed families. 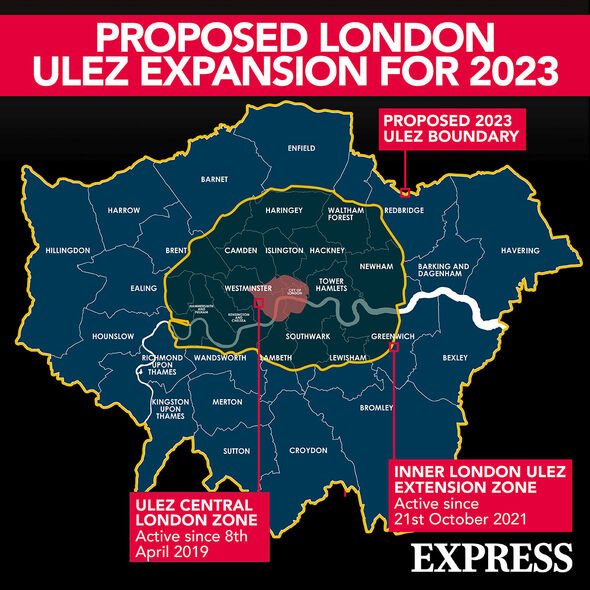 He added: “Hopefully Sadiq Khan will do the decent thing, especially as he appears not to have publicly condemned the strikes.

“As for all the others affected, the strikes are unlikely to go down well.”

A spokesperson for Mr Khan said last week: “At the heart of this industrial action is the Government’s appalling approach to public transport across the country, not least its continued resistance to delivering the sustainable funding TfL desperately needs.

“With TfL expecting the capital’s roads to be more congested next week, it’s important people travel only if essential and the Mayor is calling on Londoners to cycle and walk whenever possible in order to reduce pollution and minimise congestion.”

‘Where is he?!’ Ferrari erupts at Khan over ‘shameful’ charges in place during strikes [VIDEO]
PMQs LIVE: ‘Backing the strikers!’ Boris rages at Labour ‘They take £10m from the unions!’ [LATEST]
Here for the workers? Rail station cafe boss rages as strikes deal hammer blow to business [INSIGHT]

For vehicles which do not meet the statutory emission requirements, a daily charge of £12.50 is applied within the north and south circulars of London, but not on them.

Half of Britain’s rail services will shut down during the strikes on Tuesday, Thursday and Saturday.

Almost all lines running out of the capital are impacted by the industrial action with some running a limited service that will run between 7.30am and 6.30pm.

The AA has called for road and parking charges to be waived across the country to prevent areas from becoming “ghost towns”.

AA president Edmund King told The Daily Telegraph: “If there are no trains whatsoever coming into Glasgow and Edinburgh, for instance, and people have to go about their business, there could be a case for suspending parking charges for the duration of the strike.

“Otherwise there is the danger of some areas becoming ghost towns.”

So what do YOU think? Should ULEZ be waived during rail strikes? Vote in our poll and join the debate in the comment section below.