Neither house sitters nor jetting off for the weekend are possibilities for most dog owners who want to travel right now. So these furry friends are increasingly curled up in the back (or front) seat, enjoying the ride. 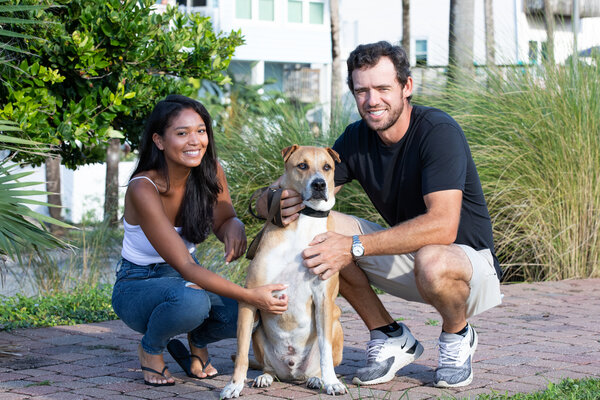 In mid-March, three days after canceling their April wedding in Puerto Vallarta, Mexico, because of the pandemic, Dana Bakich and Daniel Snyder consoled themselves by bringing home a new puppy: a curly-haired, black-and-white Labradoodle chosen for his sweet disposition and little-to-no likelihood of shedding. Three months later, with the pandemic raging on and hoping to live closer to their families, the couple packed up their home in Los Angeles and drove eastward toward the Atlanta suburbs with Malo — named for the French port city of Saint-Malo, where his “parents” got engaged — in tow.

Dog lovers are quick to point out that dogs make any situation better, but Ms. Bakich learned that even with a canine co-pilot, no road-trip is fully disaster-proof — especially when it begins in a 2006 Honda Civic shift stick with 200,000 miles on it.

“On day two, we were driving through Death Valley and the air-conditioner stopped working,” said Ms. Bakich, 31, the founder of Positive Equation, a social media consultancy for nonprofits, and HerDesk, a soon-to-launch line of desks. “It was 108 degrees and Malo hadn’t been groomed yet.”

The couple purchased trash bags from a local drugstore and filled them with ice, then cushioned them around Malo in the front seat.

“He slept; he was totally fine,” Ms Bakich said. “But the second we got to Scottsdale we bought a new car.”

Beyond the parade of snouts on social media, there is plenty to suggest that the “corona-puppy” surge — for many, fueled by the quest to find joy or purpose while stuck at home — is real. Breeders’ wait-lists stretch into 2022. Animal nonprofits report dramatic increases in adoptions and fosters this year. But when their humans want to jet off on vacation for the weekend, pets are not staying at home with house sitters: For most people, neither jetting off for the weekend, nor even house sitters, are possibilities right now. Instead, these pups are curling up in the back seat — or, like Malo, snuggling up in the front seat — and enjoying the ride. 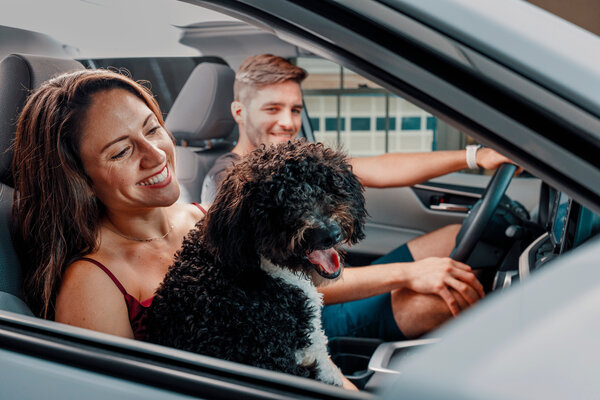 When Lanto Griffin, 32, and Maya Brown, 28, of Jacksonville Beach, Fla., suddenly found their careers on pause this spring, Troy, their new shar-pei-lab rescue, helped them weather the downswing. (Research suggests that dogs can affect one’s physical and emotional well-being, from cardiovascular health to happiness.) Ms. Brown lost her job as an attorney and Mr. Griffin, a professional golfer, was idle when the PGA Tour temporarily suspended its season.

“When you’re used to being on the road almost every week and all of a sudden you’re home for three months, Troy helped get my mind off everything that was going on,” said Mr. Griffin.

Golf has resumed and, although dogs are not allowed at tournaments, Troy has driven with the couple around the Eastern United States, with stops in Hilton Head Island, S.C., Columbus, Ohio, and elsewhere. From his perch in back, he has routinely “upgraded” himself, worming between the front seats and resting his head on the air vents.