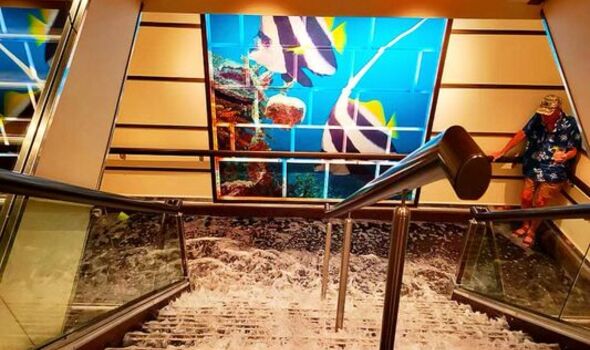 Social worker Adrienne Walk, 34, was on a Caribbean cruise when the incident occured. She said she went to bed early ahead of a snorkelling trip and was horrified to wake up and find
water up to her ankles.

Adrienne was travelling with her sister and two friends and thought the ship was sinking when she woke up.

She said: “At first when we saw all the water, we worried everyone was going to drown!

“We looked out onto our balcony and expected to see the ocean because we thought we were sinking.

“There were 10 minutes where I thought we were going to die at sea – it was a ‘life flashing before your eyes’ situation.” 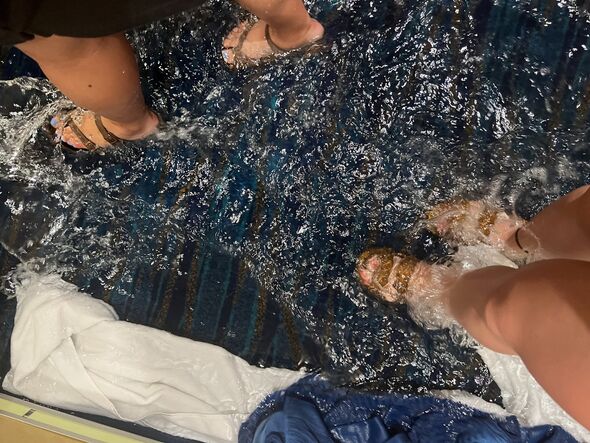 Adrienne said that around 20 rooms were flooded on the cruise ship due to a burst pipe onboard.

She added: “I had visions of us floating around in the ocean until someone came to rescue us, like in Titanic.

“Water was everywhere, like a Titanic situation. I was thinking my kids would have to tell their friends their mum died on a cruise ship.”

After the pipe burst, the water had flooded into the corridor and all of the other rooms nearby.

Adrienne said: “Once I realised we weren’t sinking, I couldn’t really be upset about anything.”

The group were transferred to a clean and dry room the next day and all their wet belongings were cleaned and dried for them.

Although they missed their snorkelling excursion, Adrienne said they were able to enjoy the rest of the trip.

She said: “We were excited for the cruise to get a break from regular life – but not like that!” 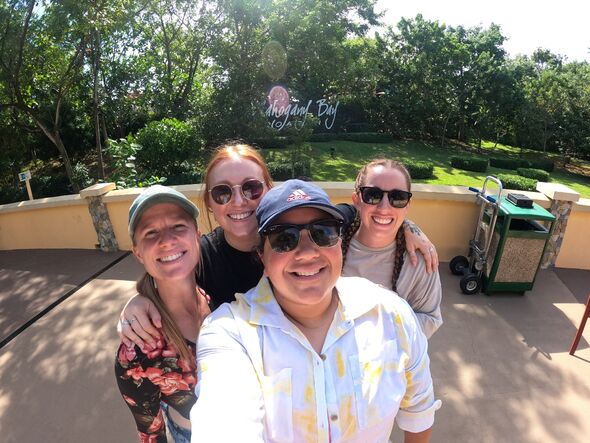 Although Adrienne’s experience was only due to a burst pipe, cruise ships have many safety measures in place in the event of an emergency.

On the first day of a cruise passengers always receive a safety briefing to prepare them in case there’s an accident.

Cruise crew would then direct passengers to lifeboats in the unlikely event that they had to leave the ship.

All passengers would be given an emergency meeting place on the first day they board the ship.

The ship’s crew had to quickly operate the anchor before the ship could be helped back to its dock by four tugboats.

Around 800 passengers were aboard at the time of the incident but no one suffered any injuries.

The incident occured in Ravenna in Italy and was caused by rough seas after a spate of bad weather.