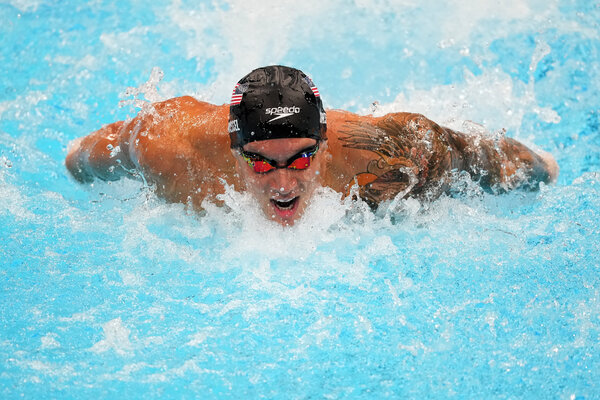 Here are some highlights of U.S. broadcast coverage on Saturday evening and overnight. All times are Eastern.

GOLF The American Xander Schauffele is one to watch as Round 4 of men’s individual stroke play gets underway at 6:30 p.m. on the Golf Channel. The event is also available for streaming on GolfChannel.com and NBCOlympics.com.

BASEBALL Mexico and Israel face off in the knockout stage after each team lost its previous matchup; both countries are making their Olympic baseball debuts in Tokyo. Fans can stream the action from Yokohama Stadium beginning at 11 p.m. on NBCOlympics.com. (The U.S. team, after its win over South Korea, the defending champion, will face Japan next week in Round 1 of the knockout stage.)

BEACH VOLLEYBALL NBC has the round of 16, including teams from the U.S., beginning at 8 p.m.

TABLE TENNIS The round of 16 for both the men’s and women’s teams begins at 9 p.m. on NBCOlympics.com.

BMX The men’s and women’s freestyle finals take off on CNBC, beginning at 9:10 p.m.

TENNIS The medal matches for women’s doubles, mixed doubles and men’s singles begin airing at 2 a.m. on the Olympic Channel.