There was a high-flying, if brief, period in Mets history when virtually every available dollar was cycled through investment accounts managed by Bernard L. Madoff. If the team signed a deal for radio rights, the station was asked for much of the money up front and it was handed over to Madoff, who made it multiply, seemingly without fail.

If the Mets received a chunk of advertising cash from Pepsi or Budweiser, they would funnel that into the Madoff accounts, too. And when it came time to buy out Bobby Bonilla’s player contract, they created an annuity, invested the immediate savings into a Madoff account, and expected to make millions on the transaction for both parties.

“Put it in Bernie,” was how Saul Katz, the former president of the team, used to phrase it to colleagues in an indication of how intertwined the team’s finances were with Madoff, who it was later discovered was running the largest Ponzi scheme in history.

Madoff’s arrest in December 2008, and the collapse of his fraudulent investment pyramid, nearly bankrupted the Mets and likely contributed to an abysmal record on the field. The losses were staggering, impacted the roster and led to the sale of a little less than half the team to a small group of minority investors, one of whom was Steven A. Cohen, the current principal owner. 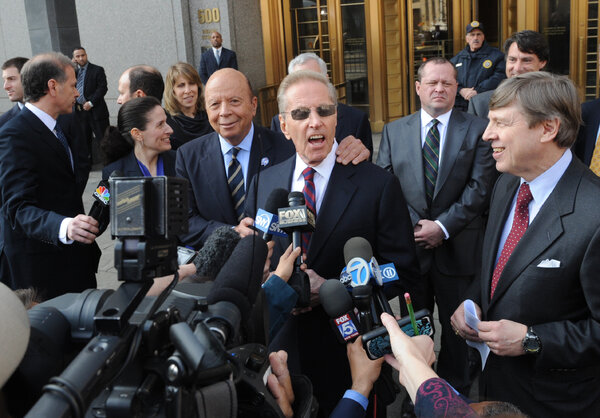 The last details of that era were already being scrubbed from the Mets books when Cohen bought the team from the Wilpon and Katz families late last year. Madoff’s death in prison on Wednesday put a closing sentence on one of the most painful and tumultuous chapters in team history.

Fred Wilpon, who recommended Madoff’s supposed financial wizardry to many close friends, including the Hall of Fame pitcher Sandy Koufax, called it the biggest betrayal of his life, and once likened it to a serrated knife being plunged into his heart.

Almost overnight, the Wilpons and Katz, who were said to have more than 400 business and personal accounts connected to Madoff through their various companies, had lost hundreds of millions of dollars and a team that should have been able to flex its big-market wallet was instead plunged into financial uncertainty.

The pain would grow more acute two years later when Irving Picard was appointed by the court to claw back as much of the losses as possible. Picard argued that Wilpon and Katz, both of whom were friendly with Madoff and his family, either knew or should have known about the scam, and profited massively from it. He sought $1 billion from them to distribute among other victims.

The Mets’ owners, who denied any knowledge of the scheme, were nevertheless forced to make an unenviable choice: Were they greedy accomplices or unwitting fools? They chose the latter, and Madoff said in numerous jailhouse interviews that they did not know.

At the time of the lawsuit, tensions ran high and nerves were frayed around the Mets, although at the height of it, Wilpon told a reporter at spring training in Port St. Lucie, Fla., “At least no one is sick.” Indeed, the owners survived the worst of it, mostly through the natural appreciation of major sports franchises. But it did not help that the team was terrible, failing to reach the .500 mark for the next six years.

Ultimately, in 2012, they struck a favorable deal with Picard for $162 million, and the agreement called on much of that to be reduced or wiped out.

Still, the team had to scramble to overcome the heavy losses while angry fans, who lamented their team’s inability or unwillingness to spend big on free agents, howled at what they saw as incompetent leadership and resorted to scathing satire by calling the ownership triumvirate, “The Wilponzis.”

Despite drawing on the resources of the largest market in the country, the team too often operated like a small-market organization, those fans complained, while the Wilpons and Katz were clinging to control by their fingernails.

Soon after Madoff was arrested and the financial reckoning became apparent, Wilpon and Katz came to the realization that they would have to sell off a significant portion of the team to remain solvent. But Jeff Wilpon, Fred’s son and the chief operating officer of the Mets, wanted to forge ahead and retain full ownership by borrowing money to offset the sudden liquidity problem. Major League Baseball helped out with a $25 million loan, reported in 2011, to cover operating costs, but it was not enough.

The problem was not just about liquidity. The Mets rarely made money and they needed the investors to offset the annual losses (The team made money in 2009, its first year playing in Citi Field, but suffered huge yearly losses, sometimes as much as $60 million per year, after that).

Ultimately, they sold 49 percent to the group of investors, but retained control. At the time, the valuation of the club was in the neighborhood of $500 million. A decade later, Cohen bought 95 percent of the team (Fred Wilpon retained 5 percent) for a little over $2.4 billion, which was a record for a North American sports team. Despite the annual losses, the value of the team soared, even after the Madoff scandal.

People close to the Wilpons say that the reason for the transaction was for estate planning — it was seen as the most equitable way to divide up the assets among many family members — and may have happened anyway, regardless of the Madoff losses.

But the Wilpons and Katz have left the scene, for the most part, and Madoff is dead. Only the Mets continue on.