The Warehouse gym is a little off the beaten track, plopped south of an interstate highway, behind a hidden road.

“You have to be kind of a real O.G. baller to know where it is,” Jewell Loyd said.

Loyd, fresh off a second W.N.B.A. championship with the Seattle Storm, is that type of baller.

The gym, in Northbrook, Ill., hosts one of the many courts where Loyd honed the game that earned her the nickname “Gold Mamba” from Kobe Bryant. It’s home to the courts where, years earlier, she and her brother, Jarryd Loyd, witnessed future pros like Dee Brown and Iman Shumpert nurturing their skills during lively pickup games and lengthy training sessions.

Over the years, as the siblings journeyed and established themselves professionally, the Warehouse loosened its grip as a community beacon. “The gym lost its importance, in our opinion, to the community, I would say probably a decade ago,” said Jarryd, who played in college at Valparaiso before embarking on an overseas professional career.

The siblings had been looking into buying a gym when Jarryd received an alert on his cellphone that the Warehouse had hit the market. The pair, along with a couple of private investors, are negotiating to buy it, envisioning the space as a renewed incubator for future generations of ballers in the know.

The commitment goes beyond money.

“It’s a safe space,” Jewell Loyd said. “It’s really for the community. I want to make sure that people have a chance to do what I’m doing, and it starts with a dream. And if you can build that dream in a place that you get constantly reminded that you can achieve it, I think that’s the beautiful thing about the building.”

Loyd is at a pivotal time in her life, after a trying year on and off the court in 2020. A few seasons back, she pinpointed this winter as an opportunity for a break from her overseas career, predicting that she would need time off after the Tokyo Olympics.

The Olympics, delayed by the pandemic, haven’t happened yet. Still, the planned breather came at an ideal time: Loyd’s mentor, Bryant, his daughter Gianna and seven others died in a helicopter crash in January 2020. Then the W.N.B.A. played out its season in the isolation of a bubble environment in Florida, dedicating the year to Breonna Taylor, a Black woman who was killed by the police in Louisville, Ky.

“In the end, it wasn’t easy being in there,” Breanna Stewart, Loyd’s Seattle teammate, said of the bubble at IMG Academy in Bradenton, Fla. “Basketball 24/7 — and we both love basketball — but when it’s all you see, and you see the same people over and over and over again, it can get very redundant.”

She added: “Jewell and I are ones that love to be in the gym. And so to constantly see each other in the gym was what helped motivate us individually and then us as a team.” 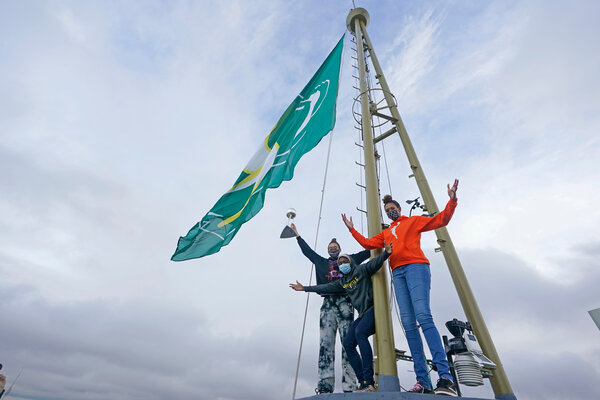 The finals presented Loyd with a redo. The last time Seattle had been there, when they beat the Washington Mystics in 2018, she hadn’t played poorly, but she was inconsistent. “I actually was very disappointed, even though we won a championship, in how I played,” Loyd said. “You might think that’s selfish, but knowing that I felt like I could do more than what I did.”

“There were certain spots I didn’t feel like myself,” she added.

In past seasons, Storm Coach Dan Hughes counseled Loyd to not be so hard on herself, that the chips wouldn’t always fall her way.

Loyd started working with a life coach and a sports psychologist. She learned to visualize herself in familiar situations, to focus and breathe, to know that a jumper taken in the finals was no different from the one she had taken a million times in the solitude of a gym like the Warehouse.

“The physical stuff is easy,” Loyd said. “You can always just push through, but mentally, sometimes, it’s hard to get out of your own way.”

At around the same time Loyd retreated to the her league’s bubble, Phil Handy, an assistant coach with the N.B.A.’s Los Angeles Lakers, went to his. Handy had trained with Loyd and would send her video clips, while encouraging her to stay present throughout each game.

“The mental part is all about understanding the work that you’ve done and then having confidence in that work,” Handy said, adding, “Mentally, you’re already locked in because you already studied for the test.”

Loyd said dedicating the season to Taylor helped her to fully embrace herself as an elite Black, female athlete.

“Sometimes you get distracted from it,” Loyd said. “You know it’s there. You know what it’s about. You know that other kids have been mistreated, but you don’t always necessarily speak out on it, just because you’re a kid, you don’t know any better, whatever. But it seems now where you have to speak out about it to educate our next generation.”

Loyd averaged 17.8 points, 5 rebounds and 3.8 assists per game as Seattle swept its six playoff games against Minnesota and Las Vegas.

“She knew who she was, she knew what she stood for and she did that,” said Stewart, the M.V.P. of the finals. “She didn’t have to think about anything else, except, ‘This is what I do, and I’m Jewell Loyd.’ And that’s how she should be, because she’s one of the best players in the country and in the world.”

The W.N.B.A. finals culminated with a 92-59 coronating victory over the Las Vegas Aces. Loyd dedicated her second title to Kobe and Gianna Bryant.

“That’s the one time during the season where you can actually take a breath, is knowing that it’s done,” Loyd said. “It’s over. We did it. It’s such a great feeling.”

Loyd returned home to Illinois. She is enrolled at DePaul University, honoring the vow she made to her family when she left Notre Dame following her junior season to declare for the 2015 draft. She comes from a family of educators. “If in fact she were to get hurt and can’t play anymore, what are you going to do?” said her mother, Gwendolyn Davis-Loyd, a retired elementary schoolteacher. “That’s always been the philosophy.”

But Loyd said: “I think college isn’t for everyone, especially when you’re a creative, when you’re an artist and there’s other ways to learn. Sometimes college is very traditional, right to the book, and that doesn’t work for everybody.

“So, half of me is understanding that sometimes you’ve got to do things that you don’t want to do.”

Davis-Loyd chuckled that her daughter now sits on corporate boards, while still attending classes for biology and public speaking. As a child, Loyd learned that she had dyslexia; her deliberate march toward a degree reflects dogged perseverance.

“There’s also part of me that it’s frustrating to go back to school and kind of do the same thing that happened, and kind of go through the college experience of working with my learning disability and doing all that stuff again,” Loyd said. “Just kind of gives me anxiety at times, too, but we’ll get through it.”

In the last few months, Loyd has deepened her friendship with Nets guard Kyrie Irving, also a Bryant disciple, as they focus on philanthropic and community endeavors.

“We believe that Kobe brought us together to do good work and to live out his legacy and pass it down,” Loyd said. “We want to do our best to do that as much as we can, as often as we can to help the next generation.”

Those efforts include acquiring the Warehouse. Jarryd Loyd said the siblings hope to infuse technology into the gym by using data to guide shot selection and adding interactive gaming to make learning basketball’s intricacies more fun.

All the while, Loyd is already spending hours training at the Warehouse, a place full of memories.

“The women coming into the league have gotten better,” Loyd said. “People are actually training. People are actually building on their games. And it’s not just all technically, fundamentally sound basketball. The draft picks that come in, they’re ready to go. And even in college, you see players are getting better, handles are getting better, their shot, everything.”

She added, “Everyone has to step up their game.”

Jarryd critiques his sister’s game as perhaps only a big brother can, saying that she can still improve her playmaking, shooting percentage and getting to the rim.

On a scale of 10? “I think really she’s still at a five to be honest,” Jarryd said. “I think she has another five gears to go in her growth as a player.”

Considering Jewell Loyd has made two All-Star games, that is a scary thought for the rest of the league.

“That’s really what is about,” she said. “How much can you push yourself?”