For more than four and a half years, David Beckham’s Major League Soccer franchise in Miami was nameless.

As plans for it were made and then regularly remade, the team came to be known as Miami Beckham United — a shorthand that seemed to account for the main points of interest: city, owner, soccer. It wasn’t until the fall of 2018 that Beckham’s team was officially baptized: as Club Internacional de Fútbol Miami, or Inter Miami for short.

The decision to trade one common soccer club name, United, for another, Inter, was hardly groundbreaking. North American soccer teams often copy the names of Europe’s legacy clubs in an effort to project credibility in the sport’s culture. In M.L.S., for example — a league that literally has the word “soccer” in its name — there are 14 Football Clubs. There is also a Club de Foot (in Montreal), a Sporting (in Kansas City), a Real (in Salt Lake City) and three Uniteds.

Beckham’s choice of name, though, immediately caught the attention of one entity with a particularly keen interest: the Italian powerhouse Internazionale Milano, or Inter Milan for short. The Italian team had laid claim to “Inter” in a filing with the United States Patent and Trademark Office in 2014.

Almost immediately, the fight for the name was on.

Within months, Major League Soccer, which owns and controls Inter Miami as a single entity, filed a notice of opposition to Inter Milan’s trademark registration, which still had not been awarded, with the government’s Trademark Trial and Appeal Board. The sides are now in a legal battle over who gets to use the stand-alone word “Inter” in the United States.

Late last year, a panel of three judges rejected — for a third and final time — M.L.S.’s claim that an Inter Milan trademark would be confusing to the consumer.

While there is no danger that the dispute will force Inter Miami to change its name, an Inter Milan victory would complicate the Florida club’s branding, marketing and merchandising for years to come. If it ever used the word Inter as a separate moniker, for example, it could be sued for trademark infringement.

Conversely, if M.L.S. prevails, Inter Milan’s ambitions to monetize the North American market — an increasingly appealing set of consumers for a number of top European leagues and clubs — could be frustrated as well.

In a statement, Inter Miami said that “Inter” was a “commonly used term” and that the club was “not in jeopardy of changing its trademark-approved name or marks.”

Inter Milan had hoped to ward off litigation by talking with M.L.S. about finding a solution to the dispute, according to a person familiar with the team’s side of the case. Those talks have continued and may yield a resolution; one option could be a joint commercial venture in the United States, or even a royalty fee. A spokeswoman for Inter Milan declined to comment on the case.

Beyond its particular arguments, the fight over the use of the word “Inter” in the United States presents a complication to the common practice of importing team names. If American teams are not secure in the commercial rights to their own names, it could hamper their business and growth. Soccer’s rapid globalization, which now includes annual barnstorming tours, overseas offices and even attempts by European leagues to take domestic competitions outside their borders, has raised not only the stakes, but also the potential risks for confusion. 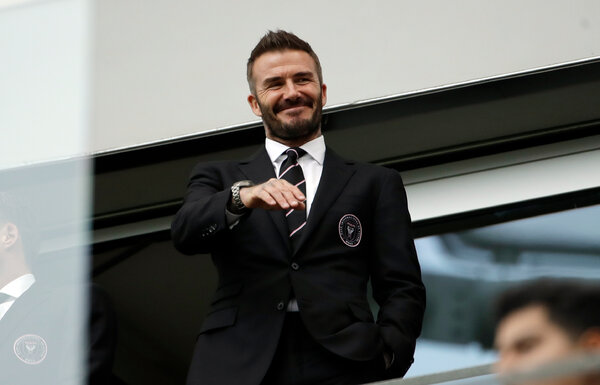 “The big picture is this sense that the Inter trademark application in the U.S. is kind of the next step in the evolution of the global brand for soccer clubs and the effective invasion of the U.S.,” said Steven Bank, a professor of sports law at U.C.L.A. “If Inter can claim the term ‘Inter,’ and that’s all they’ve asked for, then Real Madrid could claim ‘Real’ and Manchester United, in theory, could claim ‘United.’”

That means the implications of Inter vs. Inter could be dizzying. Could one of the English Uniteds lay claim to that name on other continents, arguing that it was the first United or, as it were, the most United? Could Sporting Clube de Portugal challenge Sporting Kansas City? Could Real Madrid sue Real Salt Lake?

Would the bigger, older clubs even have a case? In American trademark law, laying claim to a name first carries more weight than the strength of your brand.

This could all have been avoided by coming up with new names, of course. And that was what M.L.S. did when it first took the field in the 1990s under more traditional American-style city-nickname conventions. But as the league evolved, nearly every team opted for a European-style label: Atlanta United, F.C. Cincinnati, Los Angeles F.C. In January, the Montreal Impact rebranded as C.F. Montréal.

“Neither team has a very distinctive mark,” David Placek, president and founder of Lexicon, a company specializing in naming and trademarking new brands, said of Inter Milan and Inter Miami. “They’re using generic terms. It’s just pure imitation. ‘It sounds kind of European, so let’s have that kind of panache.’”

Placek argued teams would be better off, legally and otherwise, by choosing an original name. “Create their own distinctive personality,” he said, “rather than try to imitate another team.”

Quiz time: Which Inter is which?

The outcome of a ruling in Inter vs. Inter, though, could be messy.

As soon as next month, Football Club Internazionale Milano, as the Italian team is officially named, plans to rebrand itself as Inter Milano to pursue new global branding and marketing opportunities. An apparent attempt to modernize the club’s name and look, following the example of its Italian league rival Juventus, it is an expensive undertaking, and one unlikely to be embraced by traditional fans. But it helps explain the club’s insistence on strenuously defending its existing trademark claim.

The Italian team claimed the term “Inter” with the U.S. Patent and Trademark Office in 2014, two years before its current Chinese owners bought control of it. The application covered a wide range of services and products, from staging soccer games to branded pajamas, dog leashes and yo-yos.

By 2019, however, the mark still had not been awarded because Inter Milan’s application initially had been deemed confusingly close to the word “Enter,” which was trademarked by a different company. That’s when Major League Soccer challenged the claim with the Trademark Trial and Appeal Board.

M.L.S. has argued that the term “Inter” is merely descriptive, and that trademarking it creates a likelihood of confusion. After all, there are dozens of soccer clubs worldwide named Inter, many of them in the professional ranks and at least two others in the United States: a minor league team in Nashville and a youth club in Atlanta. It is likely that most of those Inters were named as a homage to Inter Milan, a three-time European champion, but that, M.L.S. argues, doesn’t necessarily give Inter Milan the rights to the name.

So far, only the likelihood of confusion has been adjudicated. M.L.S., which does not have a prior claim to “Inter” but argues that other U.S.-based entities used the word before Inter Milan attempted to trademark it, has been denied in its claim three times.

A trial, which will hinge solely on whether “Inter” is a descriptive term and therefore beyond trademarking, will not happen until 2022 at the earliest. “I think M.L.S. has a very good basis for asserting that the mark is descriptive, at least in connection with the soccer services,” said Laura Franco, a trademark lawyer.

If Inter Milan’s claim survives the opposition and it is awarded the trademark, however, it would only then be able to sue Inter Miami for specific infringements. But such claims would rest on proving a likelihood of confusion, which is murky territory. Can an M.L.S. team with pink and black colors be confused with an Italian one that plays in black and blue? Especially when they play in different competitions, and on different continents?

“Just because Inter Milan may own the registration for ‘Inter’ and Inter Miami may use ‘Inter Miami’ doesn’t mean that there is going to be consumer confusion,” Franco said.