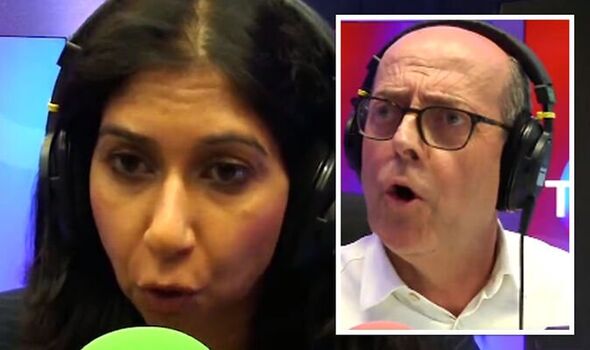 Mr Robinson said: “And you said that you want to be the next leader of the Conservative party.

“Which would mean to state the obvious that you would be the next Prime Minister, you’ve never run a Government department it’s quite something to say.

“Make me Prime Minister during a major European war, and during an economic crisis.”

“And in my role, I superintend the Crown Prosecution Service a key agency of law enforcement that employs thousands of people and has very wide-ranging responsibilities.”