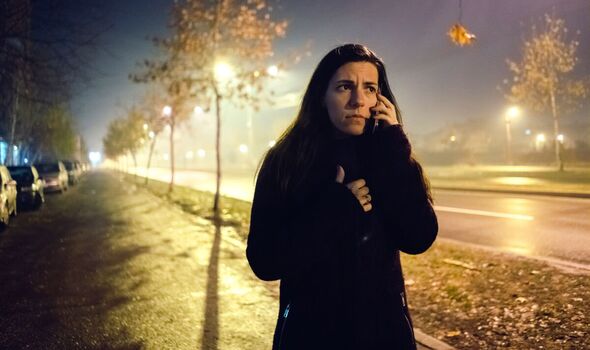 Greg Clark, who has two young daughters, says he sometimes uses a mobile app to follow their journey home from train stations at night to help ensure that they arrive safely.

Mr Clark said it was wrong that girls and women had to live their lives in a different way to how boys and men think about using the streets.

He said: “Part of the point of this Bill is to change the culture so that it is very clearly recognised across the whole of British society to be completely unacceptable to intimidate a woman in public.”

The Daily Express has backed calls to make PSH a criminal offence through the Keep Women Safe On Our Streets campaign.

The law would cover unwelcome and unwanted attention, sexual advances and intimidating behaviour that happens in public spaces, both in person and online.

Gemma Tutton, who co-founded Our Streets Now, welcomes Mr Clark’s Bill but says the only way women can truly feel safe is to confront the root of the issue.

She believes change can only happen by shifting our culture and people’s mindset.

Gemma said: “Justice is important, but prevention is paramount.

“That’s why we still need to see changes to the school curriculum and on university campuses, so that everyone knows from a young age that this behaviour simply isn’t OK.”

The Bill, which received an unopposed second reading earlier this month, will be examined further by MPs in the new year.

Under the proposed laws backed by the Government, sexually harassing women in public will be punished by up to two years in prison.

Public sexual harassment is already illegal, but does not exist as an offence in its own right.

The Government wants to clarify the law to the public and police, encourage women to report their experiences and emphasise the severity of the crime.

Plan International UK found 80 per cent of parents fear their daughters will experience PSH. And 94 per cent of girls say it should be illegal.

Jess Leigh has described how a man honked his car and mimicked licking her while she was walking near a main road.

The campaigner for Our Streets Now, 22, said the driver later slowed down and used his finger to motion for Jess to walk towards the car.

Jess described her body being on “autopilot” as she approached the vehicle where the driver then commented “nice a***” before adding “let me give it a squeeze”.

Talking about the incident six months ago, Jess said: “At the time I grimaced. I froze.

“I tried so hard not to cry. I somehow managed to just walk away and I burst into tears.

“Even after doing all this work for so many years, I was so disgusted.

“I was so scared and shocked that someone had the courage and power to do that to me.

“He went completely out of his way to make my experience of walking to uni so awful.

“He probably thought nothing of it but to me it was a really awful experience.” Jess, from Brighton, told how her first experience of public sexual harassment was when she was aged 12 and dressed in school uniform.

She recalled how a group of boys in a car honked their horn and shouted at her outside a train station while walking home.

Jess said: “It’s fascinating because every time I talk to someone about their first experience of harassment they’re very often in school uniform and very obviously underage.

“I truly think every single young person in the UK needs to be taught about it.”