The President has faced severe criticism in recent months due to situations of his own making. There has been civil unrest in all 50 states and he has refused to admit coronavirus has been a problem in his country.

This is despite the fact the US is currently on 3.43million cases of coronavirus, and as many as 138,000 deaths.

California has been forced to impose further lockdown restrictions, Arizona is seeing all-time highs in intensive care bed and ventilator use and a top Florida doctor has declared Miami “the new epicentre of the pandemic.”

But Mr Trump could play the American legal system to his advantage if he wants to stay in office for another four years.

A former Colorado senator has now said the President is scheming to stay in the White House – even if he loses the upcoming election in November. 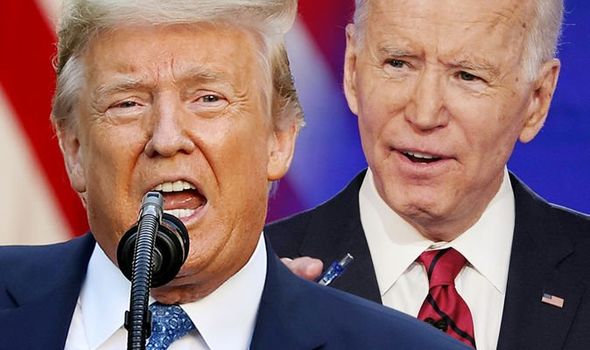 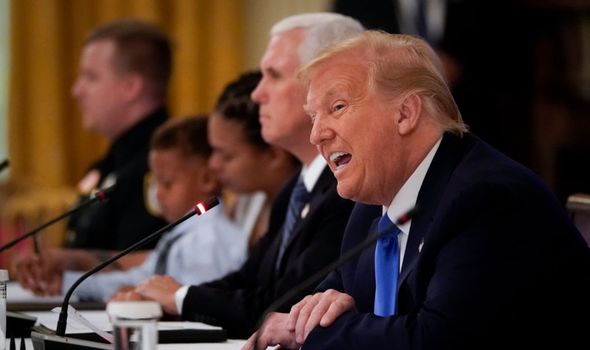 Tim Wirth published an op-ed in Newsweek where he lays out his theory as to how the President could stay in the White House even if he is voted out.

Mr Wirth believes if Mr Trump loses the presidency, he will claim the vote was rigged and rely on a complicated gambit involving emergency powers and the compliance of his fellow Republicans to make sure he can stay in power – making him a dictator.

According to Mr Wirth, should Mr Trump lose in a scenario where challenger Joe Biden beats him by “decent but not overwhelming” margins in the swing states, Mr Trump will declare the vote was rigged.

Mr Wirth said the President could choose to blame mail-in ballots and Chinese election interference for the loss and invoke emergency powers. 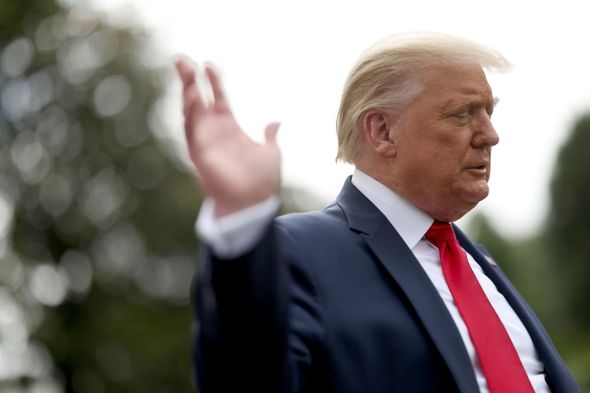 Using these emergency powers, he could launch a Justice Department investigation into alleged election hacking in the country’s swing states – Florida, Colorado, Wisconsin and Nevada to name a few.

Mr Wirth believes Mr Trump will then stall the process until December 14, which is the date when states must appoint their US Electoral College electors.

Because swing states in the US are currently controlled by Republicans as of the last election, Mr Wirth believes the state legislatures will refuse to certify their electors until the full investigation is finished.

He then claims the Democrats will challenge the investigation and the challenge to the election, which will eventually be taken to the US Supreme Court.

Mr Wirth has said the Supreme Court will rule against the Republicans but will concede Mr Trump’s emergency powers authorise him to continue his investigation.

The Supreme Court will also maintain that should the swing states not be able to certify their selectors by December 14, then the Electoral College will have to meet and vote – without the swing states included.

Under Mr Wirth’s theory, the Electoral College will then meet without the swing states under investigation, and neither candidate will receive enough votes to secure a presidency.

According to Mr Wirth, the contested election would then move to the House of Representatives, where each delegation gets to cast one vote towards their preferred candidate for the White House. 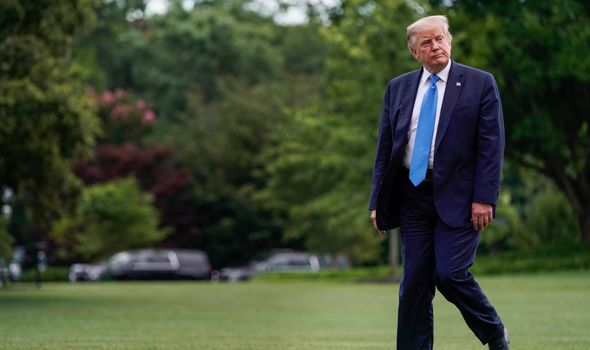 Since there are more Republican-controlled House delegations than Democratic-controlled delegations – 26 Republican to 23 Democrats – the Republicans will likely win the vote and Mr Trump will stay on as President for another four years.

President Trump is not averse to using extreme force to get what he wants, even threatening to invoke the Insurrection Act to authorise the killing of his own citizens when the George Floyd protests were at a peak.

Any attempt by the President to stay in office despite a loss would, of course, spark intense civil unrest throughout the country.

His long-time enemy Hillary Clinton has weighed in on the chances of the President refusing to go if American’s vote him out of office for Joe Biden.

The former presidential candidate cautioned: “I think it is a fair point to raise as to whether or not, if he loses, he’s going to go quietly or not. We have to be ready for that.”

The President has the highest ever disapproval rating of a serving president – lower than other unpopular presidents such as George HW Bush and Jimmy Carter, who both lost after only one term in the Oval Office.

Mired by the protests caused by the Black Lives Matter movement and his refusal to combat coronavirus, the chances of the former reality TV star getting a second term are becoming increasingly distant.