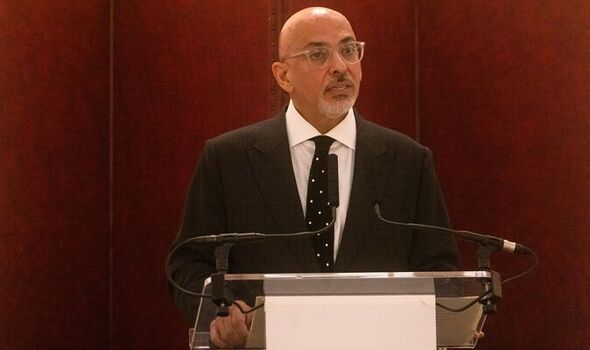 Official figures showed the £19.4 billion cost was more than double the previous monthly high set in June 2021. The hike meant borrowing hit £22.9 billion during the month, up by £4.1bn from a year earlier.

Chancellor Nadhim Zahawi said: “We recognise that there are risks to the public finances including from inflation, with debt interest costs in June more than double the previous monthly record.

“That’s why the government has taken action to strengthen the public finances, and in their latest forecast the OBR assessed that we are on track to get debt down.”

Costs were pushed up partly by the interest paid on government bonds, which is linked to the Retail Prices Index measure of inflation that hit 11.8 percent in June.

“The accrued debt interest in June is sufficient to fully offset the £18 billion expected yield from the income tax threshold freezes by 2025/26, which push people into higher tax brackets as their nominal incomes rise.”

Samuel Tombs, chief UK economist at Pantheon Macroeconomics, said he expected Tory leadership hopeful Rishi Sunak to use the figures to argue that tax cuts must wait until after inflation has fallen.

“Indeed, RPI inflation likely will surge again in October, when the energy price cap will jump, boosting interest payments in December,” he added.

Although the £19.4 billion debt interest payment was the highest since records began in 1997, the Office for Budget responsibility had expected the bill to reach £19.7 billion.

Danni Hewson, a financial analyst at AJ Bell, said: “Families wondering why the government isn’t doing more to help them deal with their strained finances need to understand that the Treasury’s fighting its own battle with inflation,” she said.

“With inflation still running hot, things are only going to get more expensive particularly as some of that debt rolls over and refinancing is going be substantially more expensive.”