Angela Levin, a journalist and royal author, urged the pair to “go on holiday” as she said “they must be exhausted”. Liz Truss and Rishi Sunak are currently battling it out to be named as Britain’s next Prime Minister.

The pair have been campaigning for weeks, appearing across the country in live debates.

“They must be exhausted.

“Let them go on holiday and come back with enough energy to head the Conservative party during these difficult times.” 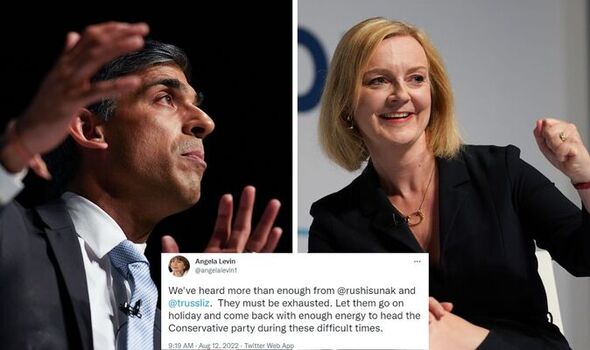 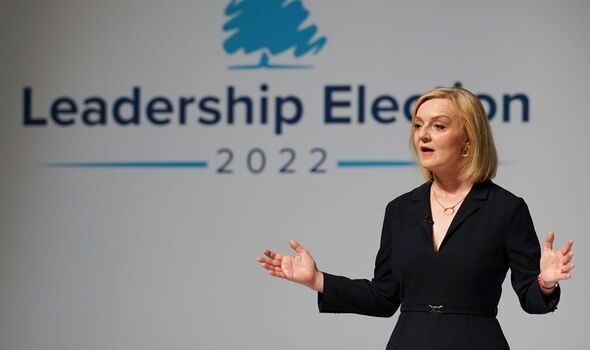 And people were quick to agree with the author, with user @maddyforcenow writing: “I agree, both of them are looking too thirsty. Not certain either one will be a ticket? One thing about Boris, was everyone knew exactly his dodge, his smudge, and yet voted overwhelmingly for him. These two are completely different and unlikely to find a decent public backing…”

User @iamchica added: “Not to mention they only repeat themselves inc “jokes” over and over again! Given the pressing crisis the country is in right now they should throw the book and end the leadership contest asap with the winner now and get on with the job.”

The UK has been plunge into chaos this week following news that energy bills are set to soar again.

Brits are calling on the government to come up with a solution, with Liz Truss promising “I have a plan”. 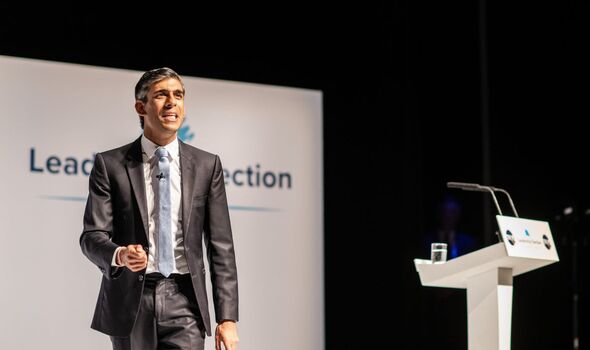 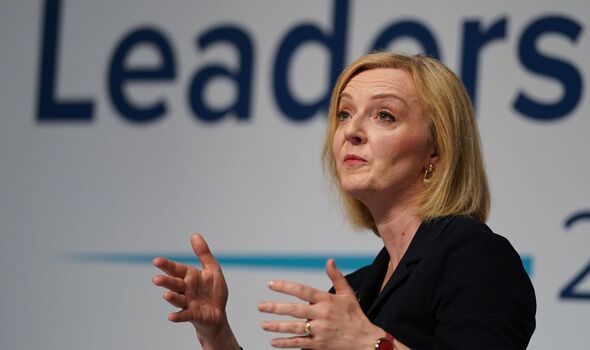 Electricity bosses were summoned to Downing Street for crisis talks as industry experts issued the dire warning that costs will continue to soar into next spring.

Analyst Auxilione said it expects regulator Ofgem will be forced to raise the price cap for the average household to £5,038 from next April.

Boris Johnson called on energy bosses to help ease the pressure on hard-pressed families during talks in Downing Street but the meeting produced no resolutions.

The Prime Minister acknowledged any “significant fiscal decisions” will have to be decided on by his successor.

But Boris urged the companies to act “in the national interest” in the wake of Russia’s invasion of Ukraine which has caused the price of oil and gas to soar. 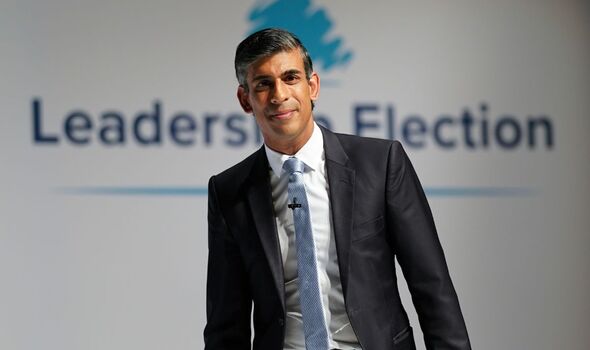 Tory leadership candidate Liz Truss assured the British public “I’ve got a plan” to deal with the escalating crisis.

Ms Truss promised to do all she can to help struggling households if she wins the Conservative leadership race.

She told the Daily Express: “I understand that people are concerned about the rising energy costs. As Prime Minister, I will do all I can to help households with energy costs over the winter.

“I’d introduce a one-year moratorium on the green energy levy to bring down bills immediately. I have a plan to make sure we increase supply and strengthen energy security and resilience. This means looking at resources in the North Sea, doing more with nuclear and exploring opportunities to frack where supported by the community.”