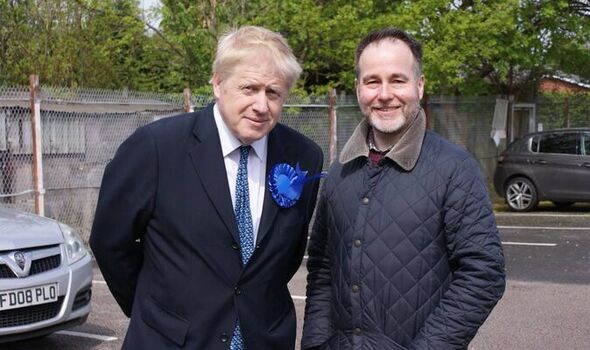 But allies of Mr Johnson called the move a “despicable” attempt to use the sex scandal as a means of attack. Culture Secretary Nadine Dorries said: “This week families will begin feeling the impact of the biggest tax cut in a decade.

“Meanwhile, we are growing the economy to address the cost of living and taking steps at home and abroad to keep our streets safe.

“In challenging times, this Government is providing the leadership that is needed, yet the Prime Minister’s eternal critics want to use every issue they can to oust the PM.”

“The challenges we collectively face are too real and the people they affect are too important for us to allow this to sidetrack our efforts.”

Rebels claimed the row had “100 per cent” boosted their case for change at the top and said it “sharpened minds.”

But Tory MP Michael Fabricant said: “Chris Pincher is being used by the same old people as an excuse to beat the PM. It is worse than despicable.”

He had previously resigned from the whips’ office in 2017 over claims he made unwanted advances to a young activist but was later reinstated after being cleared by an internal probe.

More allegations about sexual advances to men emerged over the weekend, which Mr Pincher has denied.

Downing Street confirmed Mr Johnson was aware of concerns about Mr Pincher when he appointed him but said: “There was no formal complaint at that time.”