Liz Truss speaks to children at Little Miracles in Peterborough

Leadership hopeful Liz Truss was left humiliated on a charity trip when a boy shouted to her “this is so awkward”. The Foreign Secretary paid a visit to Little Miracles, a charity in Peterborough which helps families that have children with disabilities or special needs. The criticism fuels her image of an awkward and clunky politician.

As Ms Truss arrived at the charity, the leadership hopeful was presented to two particular chatty boys, Harry and Larry. Harry said Larry should be Prime Minister. The latter did not discard that possibility under the children’s laughter.

While the press was taking photos of the event, one girl sighed: “They’re very annoying.”

Taking a dig at photographers, Ms Truss said: “They’re these rather scary journalists, I have to put up with it.”

“That’s the problem with being a politician. We can’t fire the press.” 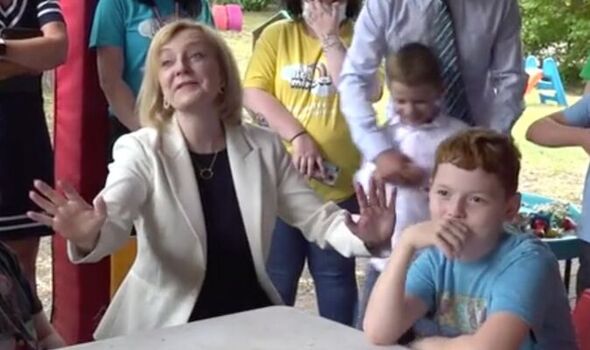 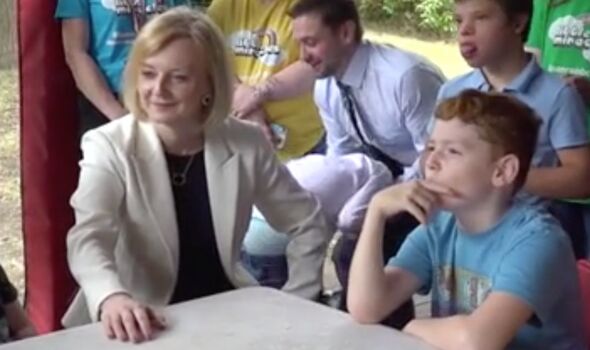 Liz Truss answered that the outgoing Prime Minister “is back in 10 Downing Street.”

In a blow to Boris Johnson, a little girl slammed under her friend’s laughter: “Please do me a favour. When you become Prime Minister, evict him.”

Liz Truss conceded: “Well, he will have to move out at that point. That is true.”

Larry then shouted: “This is so awkward!” 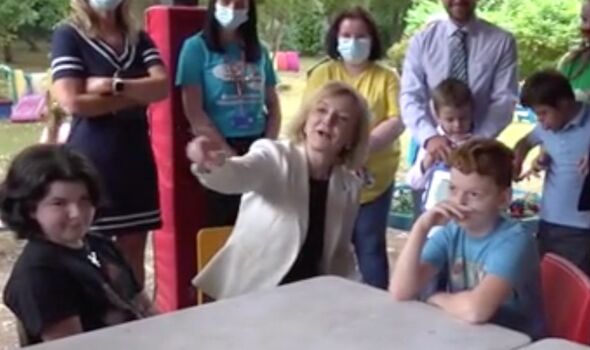 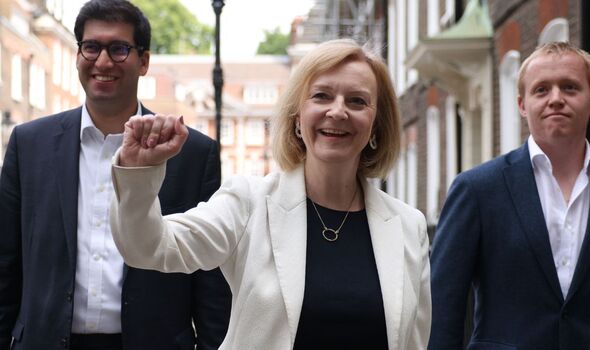 Visibly uncomfortable, Liz Truss, who does not have a reputation for being spontaneous, tried to divert attention away from the topic and asked to share what he is doing at Little Miracles.

“Maybe we can take a walk around? Shall we do that?” she asked.

It is not the first time the Foreign Secretary has found herself in embarrassing situations.

The finalist candidate has often been criticised for her lack of charisma.

Ann Widdecombe branded Liz Truss as a “starchy as a victorian governess” in a brutal slap down.

DON’T MISS:
Germany’s fall from grace only proves why we needed Brexit [ANALYSIS]
Sunak sets UK up for ‘big collapse’ [REPORT]
Truss vs Sunak: Who should be our next Prime Minister? VOTE HERE [POLL] 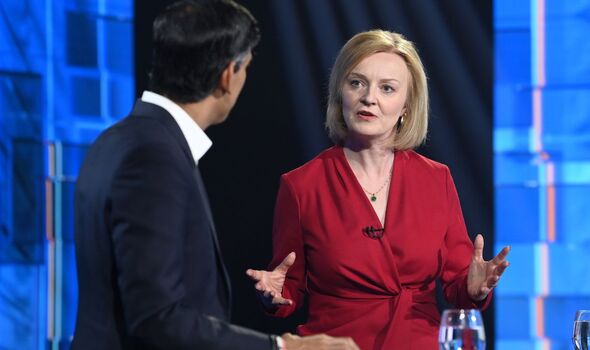 The Tory leadership hopeful also made a bizarre and humiliating “cheese speech” at the 2014 Conservative Party conference in a failed attempt to channel Margaret Thatcher.

She has also struggled to make her case for cutting taxes and has failed to get the backing of any leading economist.

Criticising her plan, Mr Sunak told LBC: “That’s going to be so damaging for everyone listening because it’s going to erode all the savings that they’ve worked really hard to build up. It’s going to push up their mortgage rates and interest rates will have to go up very high.”

READ NEXT:
Brexit: House of Lords erupts in laughter as bill heckled
Liz Truss’s voting record: What the Tory leadership hopeful stands for
Tory leadership polls: Who is the favourite right now?
Remainer Liz Truss backtracks on Brexit
Apology is an important step for the BBC’s future – EXPRESS COMMENT