Ian Blackford routinely hit out at Prime Minister Boris Johnson during their weekly exchanges at Prime Minister’s Questions. The SNP Westminster leader did not miss out on the chance to attempt a final attack on Mr Johnson in his final appearance at the Commons ledger. But his bid to humiliate the Prime Minister failed as Mr Johnson confronted the Scottish politician with his party’s own failures on education, taxation as well as the war on drugs. Mr Johnson also ridiculed the SNP’s ongoing attempts to undermine the Union with their persistent campaigning for a second independence referendum.

During their final exchange, the SNP Westminster leader told the Commons: “His Tory Brexit slashed £31 billion from the economy, the biggest fall in living standards since the 1970s.

“People’s pay in real terms falling at the fastest rate on record, with the worst economic growth forecast in the G20 outside of Russia and the highest inflation in 40 years.

“Personally, I would like to thank the Prime Minister in his capacity as Minister of the Union for driving support for independence to new heights.

“Westminster is holding Scotland back. The economy is failing and this Prime Minister has driven us to the brink of recession. Isn’t it the case that the Prime Minister’s legacy of catastrophic mismanagement has paved the way for the end of the Union?”

JUST IN: Scientist forced to move research hub from Scotland to EU 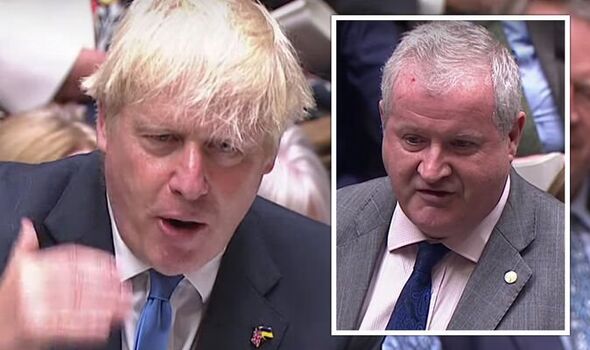 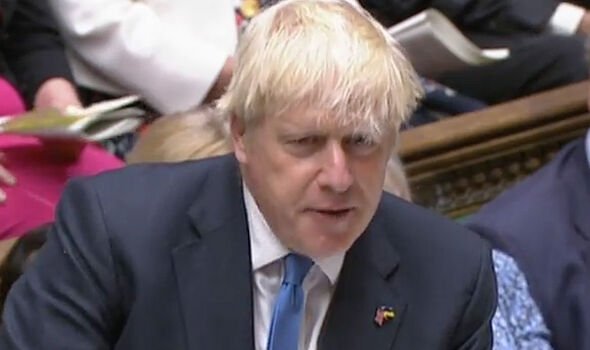 The Prime Minister noted “that’s not what I observed”, adding: “I am afraid to say, Scottish school standards are not what they should be because of the failure of the SNP.

“They are failing people who are tragically addicted to drugs. And the people of Scotland are facing another £900 million in tax because of the mismanagement of the SNP.”

Mr Blackford hit back at Mr Johnson’s claims, arguing NHS Scotland is the “best performing” in the UK and noting education standards are “moving in the right direction.”

The SNP politician also questioned the Prime Minister’s record, branding him a “law breaker” and insisting he should have left Downing Street “a long time ago.” 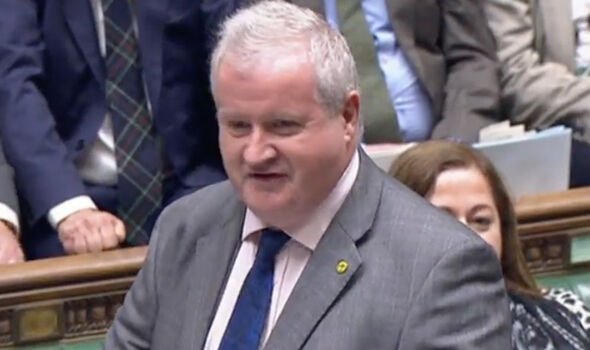 “When he’s retired in his croft, which may be all too soon, I hope he will reflect on his long-running campaign to break up the greatest country in the world.

“And I hope he will reflect on the pointlessness of what he’s trying to do and think instead on the priorities of the people of Scotland, which I think are all about the issues he thought were trivial.

“About their education, about crime and about the burden of taxation they are unnecessary placing on the people of Scotland.”