Scotland: Polls show support for independence is down says expert

The BBC’s Sarah Smith told Andrew Marr this morning that the recent SNP leadership crisis has dented Nicola Sturgeon’s hopes for independence. Ms Smith said the the SNP’s basis for a second independence referendum – an overwhelming majority of MSPs at Holyrood – was slipping away. This comes as two polls, carried out after Nicola Sturgeon and Alex Salmond gave evidence to the Holyrood inquiry into the investigation of the former first minister, show a drop in support for the SNP and independence. 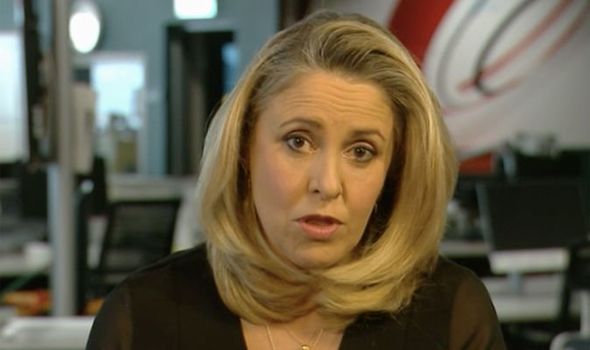 Mr Marr said: “There are two polls this morning showing that the recent inquiry has dented support for the SNP and for independence.”

Ms Smith responded: “The story is clearly cutting through. There is a poll in the Sunday Times as well as the Sun on Sunday. They show very similar results.

“They show support for independence is down a little and down below 50 percent.

“Remember we had 22 polls in a row that suggested majority support for independence and that has taken dip in the last week or so.”

She continued: “The polls also show a substantial amount of people don’t believe Sturgeon is telling the whole truth. Some are saying she should resign.

“The key thing is what is it going to do for the vote in the Holyrood elections.

“The polls today suggest that the SNP might win them with a majority of one seat – is that going to be enough to really allow them to press on for a second independence referendum?”

The poll by Savanta ComRes for the Scotland on Sunday shows most Scots would now vote to remain in the UK if an independence referendum were held tomorrow.