The new power-sharing agreement between the SNP and the Scottish Greens is “ground-breaking” and makes the case for a second independence referendum “undeniable”, Nicola Sturgeon has said.

Delivering a statement in Holyrood, Scotland’s first minister said the deal cements the Scottish Parliament’s pro-independence majority and means a fresh vote should be sought before the end of 2024 – if the COVID-19 crisis has ended.

Ms Sturgeon said the mandate for another vote is now secure as the SNP and the Greens hold 72 of the 129 seats in the Scottish Parliament, adding that the reasons for a referendum are “even more important” following the pandemic. 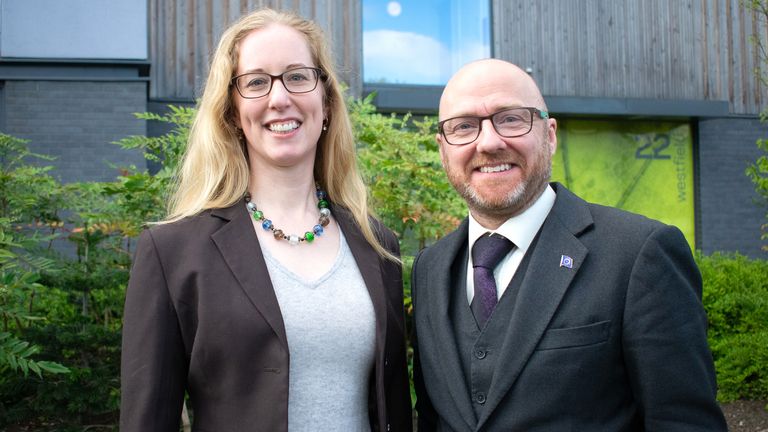 But Scottish Conservative leader Douglas Ross accused the SNP-Green coalition of having the sole aim of separating Scotland from the UK and warned against a “divisive” second independence referendum.

Ms Sturgeon added that the deal, which will put the Greens into government for the first time anywhere in the UK, will pave the way for “bold and decisive” action on climate change.

She also called on MSPs to back her appointment of Green MSPs Patrick Harvie and Lorna Slater as junior ministers.

But Labour leader Anas Sarwar said the power-sharing agreement is “more about the constitution” than the environment.

The pact was announced between the two parties at Edinburgh’s Bute House earlier this month. 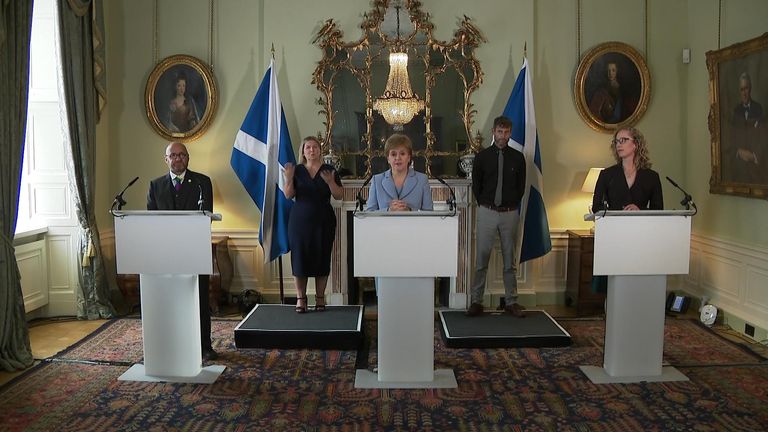 The deal, which came after a meeting of the Scottish Cabinet, also sets out a timetable for the SNP and Greens’ push for a second Scottish independence referendum.

A 51-page document outlining the agreement confirmed the two parties have agreed to work together on a Scottish independence referendum after the pandemic.

“This would be within the current parliamentary session on a specific date to be determined by the Scottish Parliament,” the document states.

“If the COVID crisis has passed, our intention is for the referendum to be within the first half of the five-year parliamentary session.”

The first minister described the partnership as “ground-breaking in both Scottish and, perhaps even more so, UK politics”, and said it is “about doing politics and governance better”.

“Most importantly, though, it is an agreement that meets the challenges and the opportunities of our time,” she added. 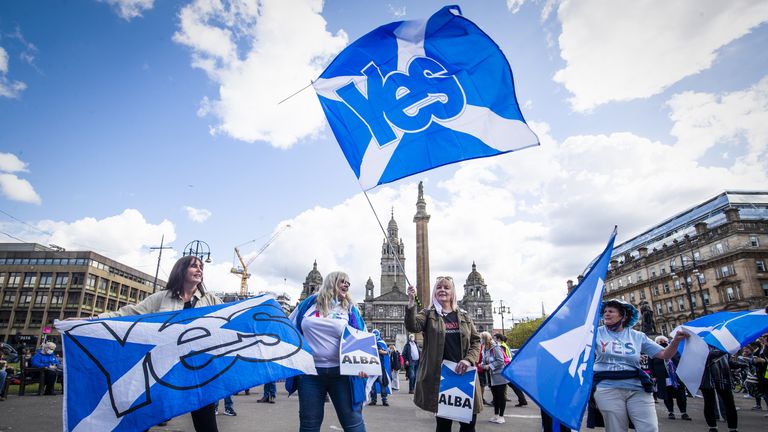 Both parties had been negotiating the agreement since May after the SNP were left one seat short of an overall majority at the Holyrood election.

The SNP and the Scottish Greens have said this will not be a formal coalition, but a process of working together on key issues.

Also speaking earlier this month, Scottish Greens co-leader Patrick Harvie added: “This is indeed a historic moment. This deal would see Greens entering government for the first ever time in Scotland, or anywhere in the UK – and it couldn’t come at a more important time.

“The last 18 months have been an incredibly difficult time for us all and as we seek to rebuild our lives and our economy we really must seek to do things differently.

“We must build a fairer, compassionate country, and we must do everything in our power to tackle the climate and nature emergencies and deliver a just transition for all of Scotland. And that is what this deal will do.”