Boris Johnson has claimed TfL was “effectively bankrupted” before coronavirus, and proposals to hike charges are “entirely the responsibility” of the capital’s Mayor Sadiq Khan. He made the comments after Mr Khan accused the Government of “ill-advised and draconian” plans in return for a second bailout. The Mayor said ministers want TfL to expand the £15 Congestion Charge Zone to the North and South Circular roads in 12 months’ time, which would see the zone cover around four million more Londoners.

But BBC presenter Simon McCoy asked: “Back on the issue of TfL, are you resigned to the fact that you may well lose control of this?”

Mr Khan replied: “In my mind, I’m not going to accept Draconian conditions on some of the poorest Londoners.”

The BBC presenter interjected: “You said that.

“Given where you are and the position that the Government has taken, there’s a complete impass here and it has to be the Government, doesn’t it?” 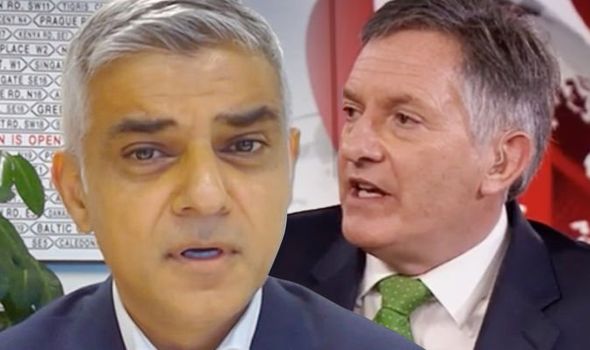 The Mayor continued: “My door is open and it’s very important that rather than negotiating on the floor of the House of Commons or by Government ministers lying on TV; they get round a table with myself and TfL and work out a deal.

“The Government’s in danger of damaging the country’s wealth and propserity by seeking to punish Londoners with these conditions on TfL.”