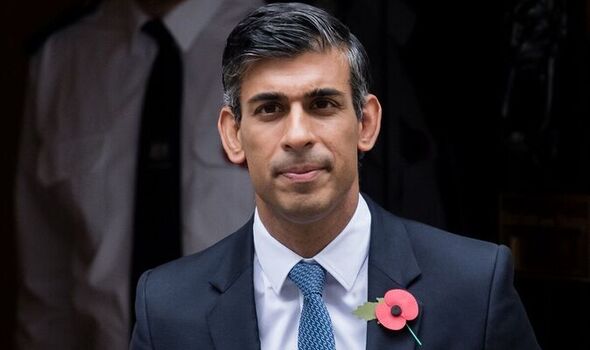 The Conservative leader says the energy crisis triggered by Russia’s invasion of Ukraine shows why the UK must go “further and faster” to secure cleaner, cheaper and safer sources of power. Ahead of a major international summit, the PM has condemned the Kremlin’s “contemptible manipulation of energy prices”.

Mr Sunak on Sunday will travel to the COP27 global climate summit in Egypt where he will promise to accelerate Britain’s switch to renewable energy in pursuit of high-wage jobs and energy security.

The summit in Sharm el-Sheikh will be the biggest gathering of world leaders in the fight against climate change since COP26 in Glasgow.

Mr Sunak said: “When the world came together in Glasgow last year, nations agreed on a historic road map for preventing catastrophic global warming. As I travel to COP27 in Egypt on Sunday, it is more important than ever that we deliver on those pledges.

“Fighting climate change is not just a moral good – is it fundamental to our future prosperity and security. Russia’s invasion of Ukraine and contemptible manipulation of energy prices has only reinforced the importance of ending our dependence on fossil fuels.

“We need to move further and faster to transition to renewable energy, and I will ensure the UK is at the forefront of this global movement as a clean energy superpower.”

Downing St says the only way to ensure households and businesses have reliable and affordable fuel by “solving the climate crisis and ensuring renewables are at the heart of our energy security”.

Mr Sunak is expected to announce new support for tropical rainforest conservation and countries at the greatest risk from climate change. He wants to drive forward progress on the pledge signed by more than 100 countries last November to “halt and reverse deforestation and damaging land use by 2030”.

The Government insists it “fully” stands behind the target of achieving “net zero” carbon emissions by 2050.

Britain claims it has cut carbon emissions faster than any other G7 country and boasts that renewable sources of power including wind and solar now account for more than 40 per cent of our energy supply. There are around 430,000 jobs in low carbon businesses and supply chains.

Britain will now hand over the presidency of the COP process to Egypt but will urge world leaders to stick with commitments made in Glasgow. A key COP goal is limiting the rise in global temperatures to 1.5 degrees celsius.

In Scotland, 137 countries pledged to “halt and reverse forest loss and land degradation” by 2030 and 190 states agreed to “phase down” coal power.