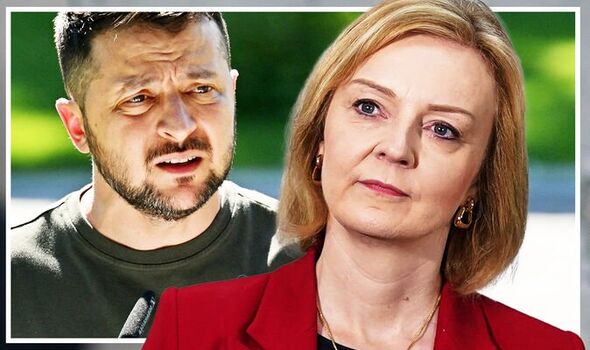 The Tory leadership frontrunner is to announce that she will be “completely committed” to a Ukrainian victory over Russia if she becomes Prime Minister and pledge she will follow Boris Johnson’s lead in standing up to the Kremlin. Her first phone call to a foreign leader as premier would be to the country’s President Vlodymyr Zelensky, she will say. The Foreign Secretary also pledges to work with G7 allies to provide more military and humanitarian aid to Ukraine and to continue tightening sanctions.

Ms Truss will make the commitments tomorrow in her latest foreign policy statement as she battles with former chancellor Rishi Sunak for the backing of Tory activists.

The pair have repeatedly clashed over foreign policy, with the Foreign Secretary’s allies accusing Mr Suank of being “soft” on China.

Liz Truss said: “What transpires in Ukraine matters to us all.

“This isn’t just a battle for territory or a conflict between two nations, but a great struggle between those who believe in sovereignty and self-determination, and authoritarians who want to crush freedom and true democracy.

“As Prime Minister I will be Ukraine’s greatest friend – following in the footsteps of Boris Johnson – and commit completely to ensuring Putin fails in Ukraine and suffers a strategic defeat, and that Russia is constrained in the future. 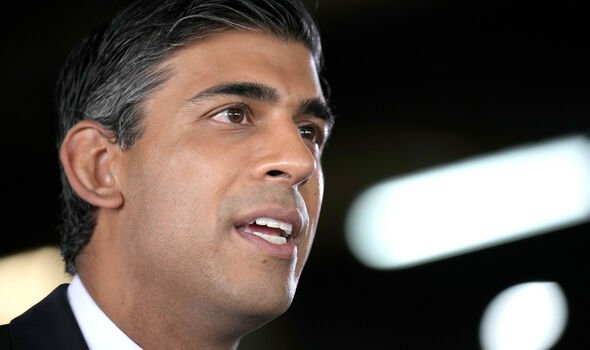 “This conflict is in the balance, and now is not the time for soundings off about concessions and compromises to an appalling dictator.”

She vowed to continue working with the UK’s Western partners to continue providing weapons, aid and diplomatic support in line with the commitments set out in the Nato charter.

“I am the candidate the British people can trust on Ukraine, and that they can trust to defend our freedom at home and abroad,” she said.

As Foreign Secretary, Truss spearheaded the UK’s drive to impose sanctions on Russia and humanitarian aid to Ukraine.

She overhauled legislation in March to ensure the Government could impose the toughest sanctions in the country’s history on Russia. 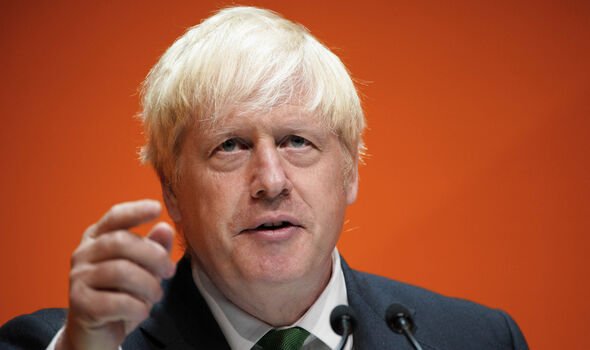 Ms Truss plans to update the Government’s security and foreign affairs strategy, known as the Integrated Review, in light of the war in Ukraine.

Published in 2021, the review set out the government’s vision for Britain’s role in the world over the next decade.

The Tory leadership frontrunner wants to add a new and updated focus on China and Russia to the review.

The Foreign Secretary believes the invasion of Ukraine and an increasingly assertive China demands a new approach to Britain’s security and global security, and more resources to meet the increased threat level. She has pledged to raise defence spending to 3% of GDP by 2030.

In her Atlantic Council speech in Washington DC in March, Ms Truss said: “The era of complacency is over.

“The invasion of Ukraine is a paradigm shift on the scale of 9/11. And how we respond today will set the pattern for this new era.

“If we let Putin’s expansionism go unchallenged it would send a dangerous message to would-be aggressors and authoritarians around the world. And we simply can’t allow that to happen. We will shape this new global era for global security.”

Ms Truss will commit Britain to playing a lead role in a “new Marshall Plan” for Ukraine, echoing US investment programme for rebuilding Europe after the Second World War.

As Foreign Secretary, she announced a wide-ranging package of support last month and outlined her vision for a new Marshall Plan.

The total value of British support stands at more than £1billion billion offered through multilateral loan guarantees and over £100 million bilateral support.

She hopes that, as prime minister, she will host a scheduled Ukraine Recovery Conference in Britain in 2023.