Putin is 'running out of cash' claims Jeffrey Sonnenfeld

Secret papers from the New Labour years tell how an engrossed Putin took notes as he questioned senior police and intelligence bosses at the meeting with Premier Tony Blair. 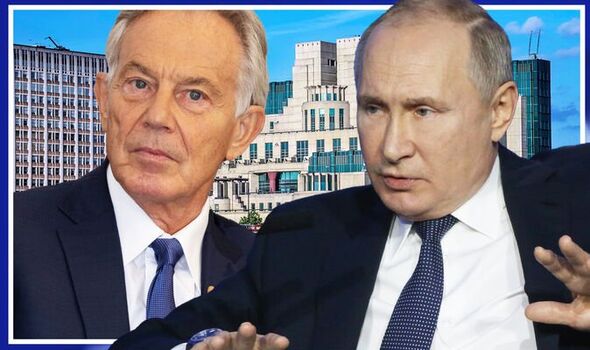 The documents describe how the butcher behind the war in Ukraine and the Novichok poisonings complained about the “cruelty” of terror attacks on Russia.

He also warned of the kind of nuclear plant attack which he would go on to mastermind when his troops attacked Chernobyl last March.

Today, insiders said the former KGB agent wore a “steely” and “scary” expression as he quizzed senior officers of MI5, MI6 and Scotland Yard for more than an hour.

Commentators branded the October 2005 summit as a Tony Blair publicity stunt and stressed that Putin was already known for violence and corruption.

The documents, released under the Freedom of Information Act, reveal for the first time what happened at the meeting in the Whitehall Cobra room.

The Kremlin boss was considered a potential ally in the fight against terrorism and his visit made him the first foreign leader to attend Cobra.

A memo says Mr Hayman, then assistant commissioner at the Met, gave an “impressive presentation” on how police tackled the July 7 London bombings, six months earlier.

A home-grown Al Qaeda cell had killed 52 innocent commuters by setting off devices on three tube trains and a bus.

The report by a Foreign Office Russian section official says: “He highlighted the use of CCTV, the timely recovery of forensics and the strong public engagement as key success factors.”

It adds: “Putin was engaged throughout the presentations, taking notes and asking questions – e.g. about the use of CCTV cameras (how many there were, who owned them, who is responsible for monitoring them etc.)”

The former KGB agent “said a few words” about Russia’s “experience of terrorism”, including the murder of more than 500 people at the Beslan school and Dubrovka theatre massacres. 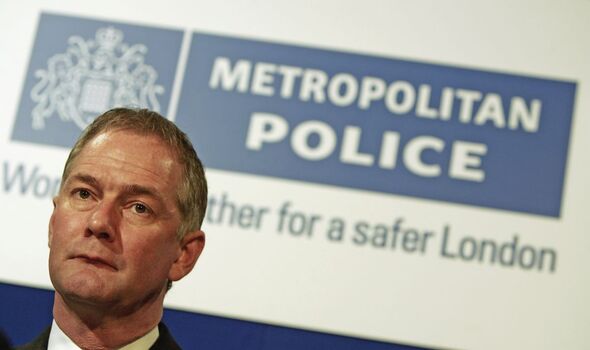 “He admitted there had been shortcomings in the Russian response.  In Dubrovka, the medical service had not responded well, he said, resulting in deaths that could have been avoided.

“And the police and security services should have taken control more effectively during the Beslan siege. But he also pointed out the difficulties that the Russians faced on both occasions, pointing to the cruelty of the terrorists, and the impossibility of meeting their demands.”

The report continues: “Putin said that the Russians were concerned about future attacks utilising WMD, such as an attack on a nuclear power plant.

“The security services were focusing on boosting security in these facilities, and training crisis management units to handle such an event.

“He also touched on the need to motivate the security services. To defeat terrorists who are willing to die for their cause, security officers must also be prepared to die.”

The reports from Foreign and Commonwealth Office diplomats are heavily redacted to protect security sensitive information and the personal details of those who took part.

But both sides judged the meeting a great success and hoped it would pave the way to greater friendship and co-operation between London and Moscow.

The British official wrote: “There was an important symbolic message – Putin is the first foreign leader to have visited COBR. A positive meeting. Putin’s comments showed that he acknowledged the need for cross-governmental teamwork in counter-terrorism.”

After the meeting, Mr Blair told TV reporters in Downing Street: “We had, actually, a fascinating discussion just now about the dangers and the risks that are posed to us. We agreed to work closely together on counter-terrorism for the future.”

Putin said: “The Russian side is very satisfied with the outcome and the course of our discussions. We are appreciative of the candidness which was demonstrated by the British side in discussions about all issues, including sensitive ones.”

But just a year later, Putin’s henchmen murdered Kremlin critic Alexander Litvinenko by poisoning him with polonium 210 when they met for tea at a London hotel. 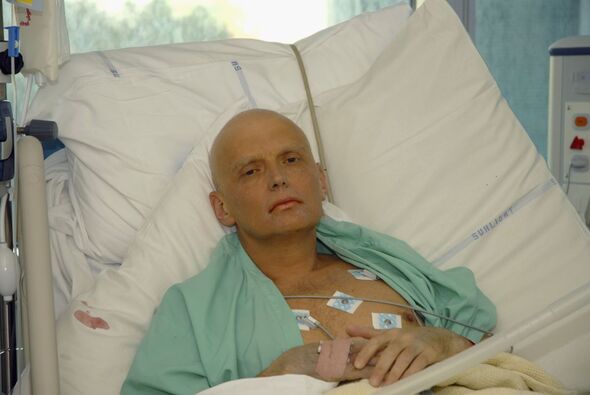 His relationship with Britain and the West deteriorated gradually until his first invasion of Ukraine in 2014, which led to the annexation of Crimea.

In 2018, then Premier Theresa May blamed Russia for the “sickening and despicable” Salisbury poisonings, which killed Dawn Sturgess and left Sergei and Yulia Skripal seriously ill.

A source close to the meeting said: “He was steely, he was scary, there was no facial expression, there was no emotional intelligence.

“He can speak in English but he chose to go through a Russian interpreter and so everyone had to do likewise.

“He wanted to talk about 7/7 and was saying oh! it was dreadful, but at the same time he must have been planning the assassination of Alexander Litvinenko.”

Alan Mendoza, executive director at the Henry Jackson Society, said: “It’s extraordinary that any foreign leader would sit in on such a sensitive domestic UK meeting. 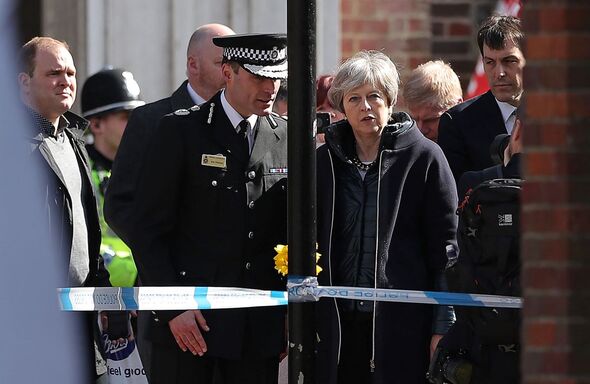 “But it’s particularly astonishing that even in 2005 that people in the west believed this was a man we could do business with.

“There were clear examples already that he was opposed to the sorts of values that we would be promoting.”

He added: “This was a weird choice. I am sure security protocols were upheld and he wasn’t allowed to see all our secrets.

“But he clearly saw enough to ask some probing questions that demonstrated he gained an understanding of some of the aspects of British security that he would not have done had he not been at that meeting.”

Writing in the Daily Express, Professor John Bryson, a Russia expert at the University of Birmingham called the rendezvous a Tony Blair “publicity opportunity” aimed at boosting his profile.