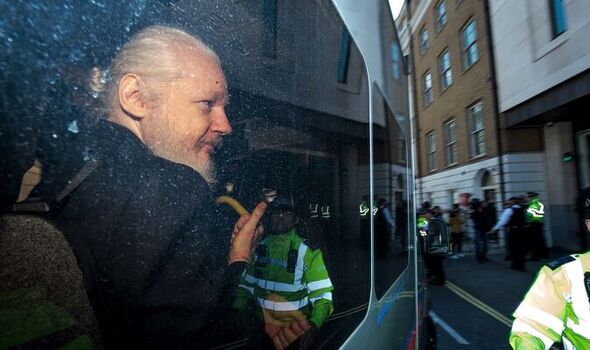 The WikiLeaks founder is wanted in America on espionage charges after hundreds of thousands of intelligence documents relating to the Iraq and Aghanistan wars were leaked.

He has spent more than three years in Belmarsh prison in south-east London after being dragged from the Ecuadorian embassy where he had been holed up since 2012.

In March he was denied permission to appeal his extradition to the US.

Dr Alan Mendoza, of the Henry Jackson Society think-tank, said: “Assange should have answered these charges a decade ago to determine whether he was guilty or innocent.

“The cost of this to the British taxpayer has been vast.At last, however, Priti Patel has ensured that the end of the runway nears.

“Julian Assange looks likely to have his date with destiny in court after all.”

But despite the Home Secretary signing the order yesterday,Assange’s wife Stella Moris has vowed to fight every step of the way.

And his lawyer Jennifer Robinson said she would now “exhaust” every legal avenue possible including going to the European Court of Human Rights, whose judges grounded a plane taking migrants to Rwanda.

Ms Moris said her husband had told her “recently” that he planned to kill himself if he was extradited.

She added: “Our resolve is redoubled for every decision that is taken which is a travesty.”

The Home Office said: “The UK courts have not found that it would be oppressive, unjust or an abuse of process to extradite Mr Assange.”