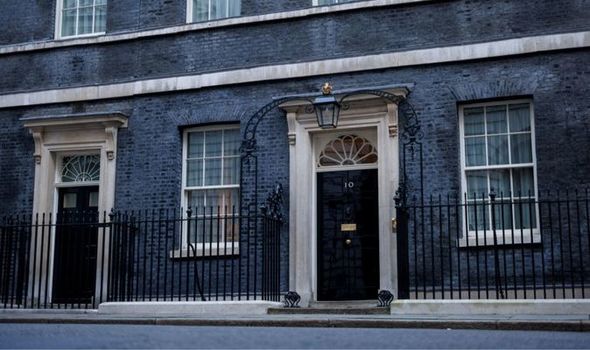 Fifty five per cent of respondents quizzed in the poll run by ConservativeHome website thought the issue was being over-hyped by the media and was “not important to ordinary voters”.

Some 43 per cent of Tory supporters thought the row was not overblown.

With MPs still waiting for civil servant Sue Gray’s Cabinet Office report into the allegations, the findings are likely to increase the hope of Boris Johnson’s allies that the Prime Minister can face down the critics demanding his resignation over the row.

The survey suggests Partygate anger is cooling in Tory ranks.

In a similar survey last month, 55 per cent of respondents thought the row was not being overblown.

It is expected to be released this week but with key details of gatherings left out at the request of the Metropolitan Police who are investigating potential law breaking in alleged breaches of Covid rules.

Further allegations emerged yesterday with a claim that Mr Johnson’s wife Carrie held a party for friends in Downing Street to celebrate the resignation of No 10 chief adviser Dominic Cummings in November 2020.A report claimed Abba hits including The Winner Takes It All were played at the gathering.

Foreign Secretary Liz Truss yesterday told the BBC: “The Prime Minister has apologised for what happened, he made it clear that mistakes were made, and we have so many other issues that are of major importance to this country to focus on.” Senior Tory backbencher Robert Halfon said: “I want the Prime Minister to take responsibility, to reset the Government and respond properly to the public.”

The Tory chairman of the commons education committee added: “I am not agitating against the Prime Minister. I am certainly not putting in a no-confidence motion, for two reasons.

“First of all, I don’t think the public would welcome the bloodletting or a change of government in the midst of a crisis in terms of Eastern Europe, the economy and the cost of living coming out of Covid.

“Secondly, I do accept that I do owe the Prime Minister some residual loyalty, not just for winning the 2019 election and Brexit, but also for the vaccine programme and the jobs miracle we have got in our country.”

But former deputy prime minister Lord Heseltine, a hardened opponent of Brexit and frequent critic of Mr Johnson, said the Prime Minister should publish the Gray report in full and “face up to the consequences”.

He said: “The discipline seems to have broken down. It does reflect a malaise that Partygate has created. My own view is very clear, that the Prime Minister should now publish the Gray report in full and face up to the consequences.

“The longer the speculation goes on, the more damaging and the more the feeling is growing that something is being fixed by the intervention of the police.”