Chris Pincher: Raab claims processes were followed 'to the letter'

Deputy Prime Minister Dominic Raab discussed Tory MP Chris Pincher’s suspension with BBC presenter Nick Robinson. Mr Raab was grilled by Mr Robinson on whether the Prime Minister was directly briefed about the alleged groping allegations which supposedly took place in the Cabinet and Foreign Office. Mr Raab upheld his viewpoint that he went beyond the normal process to make sure that MPs were working in a conducive professional environment free from any abuse.

Mr Pincher has been suspended following sexual abuse allegations from other members of Parliament.

Mr Robinson said: “If Mr Johnson was briefed in person you would expect to know, wouldn’t you? Because you’re out here defending him and other ministers have been as well.

“You would expect that if he were, if what Lord McDonald is saying is true then you would know wouldn’t you? Because they would have told you.”

“It is not my understanding that he was directly briefed…”

Mr Robinson said: “Sorry did he tell you that he was directly briefed?”

Mr Raab added: “What I wanted to do is make sure he understood the actions that we took at the time, both at the Foreign Office level, also at Cabinet Office level.

“Because in all of this my overriding priority is to make sure we have a proper process which people can have trust in.” 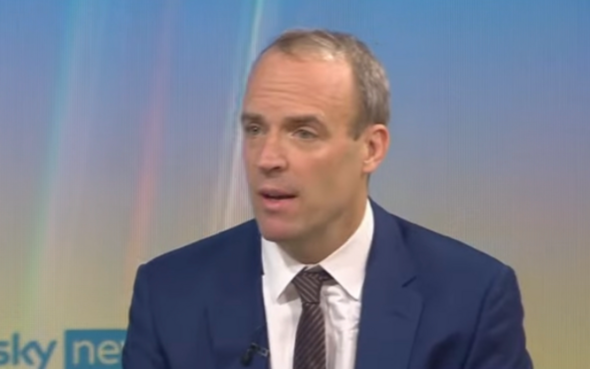 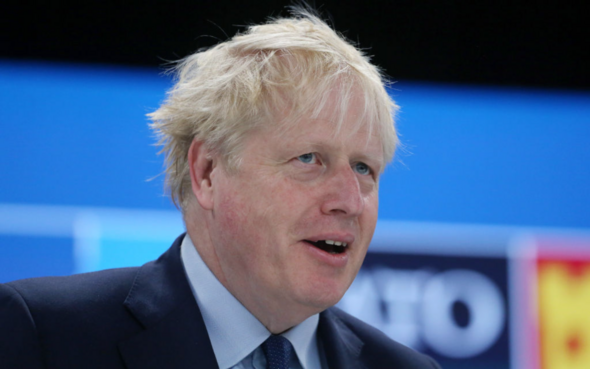 Mr Raab said: “To be honest with you, we didn’t… I didn’t ask him and he didn’t raise it with me.”

Mr Robinson said: “It seems quite important doesn’t it.”

Mr Raab said: “Well it does because the point that is just come on Twitter from the letter from Sir Simon McDonald, what I was briefing him on is the precise action that we took to make sure that anyone who wants to raise an issue of this nature can have confidence in the system is robustly and strictly followed.

“And I’m very confident looking back in hindsight that that is what we did, in fact, I went beyond the normal processes precisely because I want people to feel confident that they can work in an environment which is conducive, professional, and doesn’t have any abuse.”

Mr Robinson added: “So you believe he was fit to be Deputy Chief Whip and to be in charge of the welfare of MPs?”

Mr Raab said: “What I’d say is in relation to the 2019 allegation or complaint, whilst there was inappropriate behaviour it didn’t trip the wire to disciplinary action.

“Secondly in relation to what happened in his appointment in February, those decisions that are made with due diligence which is always conducted in relation to any new minister.

“And my understanding is the Cabinet Office’s propriety and ethics team, which is the right organisation independently…”

The Conservative party have been acknowledging that these abuse allegations are of such a serious nature that it is damaging to the party’s political image.

Mr Pincher has quit as an MP after the allegations of him allegedly groping two men and embarrassing other members of Parliament came to light. 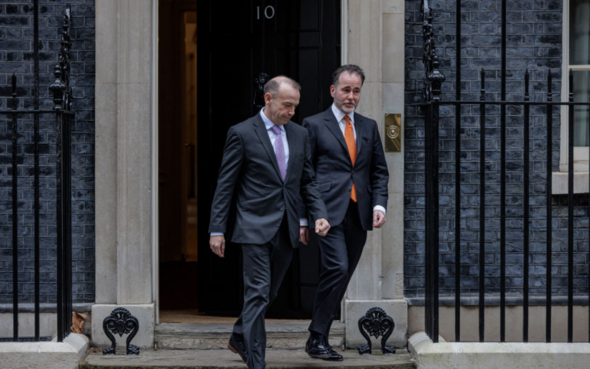 In his letter to Mr Johnson, the ex-Chief Whip admitted to embarrassing himself, Mr Pincher wrote: “Last night I drank far too much. I’ve embarrassed myself and other people which is the last thing I want to do and for that, I apologise to you and those concerned.”

The latest Tory scandal has caused MPs from every side of the political spectrum to speak out.

Deputy leader of the Labour party Angela Rayner shared her thoughts on the matter and slammed the Prime Minister.

Ms Rayner wrote on Twitter: “Boris Johnson’s desperate attempts to cover up what he knew about complaints against Chris Pincher have been blown out the water. It’s clear the PM knew about the seriousness of these complaints but promoted this man anyway. He refused to act and then lied about what he knew.”

She added: “Boris Johnson refused to act and then lied about what he knew. His appalling judgement has made Westminster a less safe place to work. This Prime Minister is dragging British democracy through the muck.”