The French President previously branded the shot “quasi-ineffective” while its Anglo-Swedish manufacturer was involved in a huge spat over deliveries. As a result of public attacks on the Oxford-produced vaccine, France has struggled to roll out the jab as part of its mass vaccination programme. Mr Macron made the remarks tonight after a virtual summit of European Union leaders.

The 43-year-old Frenchman said he would accept the AstraZeneca jab when his turn for vaccination comes.

“If that’s the vaccine that’s offered to me, I will take it, of course,” he said.

France has been forced to launch a public campaign to overcome the vaccine’s “image deficit”, a result of inaccurate attacks on its efficacy. 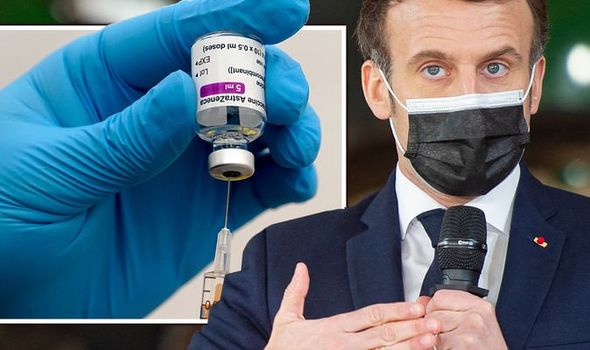 Alain Fischer, the head of the country’s vaccination rollout, today insisted the AstraZeneca jab is safe and effective.