It comes after a motion proposed by the GLA Conservatives at a meeting of the London Assembly police and crime committee ws approved. This called for a special meeting to take place on November 16 to scrutinise the Mayor of London over Ms Dick’s resignation earlier this year. Sir Tom Winsor, who published a report this month which concluded the former Met Commissioner felt “intimidated” into resigning from her role following “political pressure” from Mr Khan, has also been invited to attend the meeting.

The Mayor of London lashed out at the report, accusing it of being “biased” and claimed it “ignores the facts”.

He added he had “lost trust” in the former Met Commissioner Ms Dick following a “litany of terrible scandals”.

The former Met Commissioner, along with former Health Secretary Priti Patel, will also be invited to attend the meeting, but the London Assembly can’t summons them in the same way it can the Mayor of London.

GLA Conservative leader Susan Hall, who proposed the motion on Thursday, said: “The Sir Tom Winsor review has raised important questions about the circumstances under which the former Metropolitan Police Commissioner stood down. 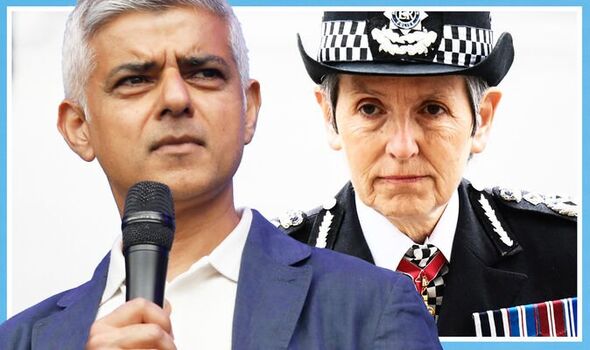 “The London Assembly Police and Crime Committee has statutory powers to summons the mayor, which we have used for the first time today.

“We believe that given the seriousness of the review’s findings, the mayor needs to address the unanswered questions that have emerged.

“The public will rightly want to know what happened and what lessons need to be learned for the future.”

The motion was passed earlier today by a slim vote of five to four, with with the three Labour members and one Green member of the police and crime committee voting against it.

He tweeted: “After the Winsor Report highlighted significant concerns regarding Sadiq Khans behaviour towards Cressida Dick in the run-up to her resignation, the Police & Crime Committee has passed a motion today to formally summon him to account for his behaviour.”