Liz Truss says she should have ‘laid the ground better’

In a personal message to Express readers, the Prime Minister admitted it has not been an “easy” week but promised to reward their trust in her. Ms Truss told Chancellor Kwasi Kwarteng the row was overshadowing the rest of their work to reinvigorate the economy and she did not want to still be talking about it at Christmas.

She is sticking with the rest of the tax-cutting growth package and is adamant it is the only way to turn the country around.

But details of how the government will cut debt are now expected to be produced earlier than previously expected.

Ms Truss said: “Express readers can rest assured: we will reward your trust.

“It has not been an easy week, but we have shown that we listen to people’s concerns and we are determined to deliver on our core plan for economic success and security.

“Our plan for growth is essential to get the British economy moving. Growth is the only way to create jobs, boost wages and fund our vital public services like the NHS.

“With our Energy Price Guarantee, we are supporting families and businesses with their energy bills.

“With our tax cuts, we will put money back in the pockets of hard-working people and grow our economy.

“With our investment plans, we will unleash the potential of the whole country and get Britain moving.

“This is the best country in the world and I will do what it takes to put us on the path to a more secure, prosperous future.”

Ms Truss will deliver a “short, sharp, optimistic” speech of about 30 minutes to the conference tomorrow (WED) but will tackle the realities of the challenges the country is facing. 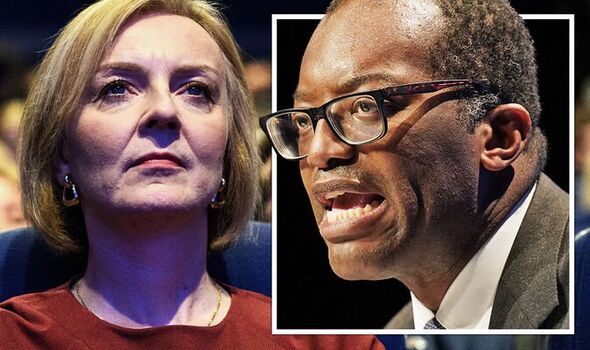 The Prime Minister is expected to strike a similar tone to the Chancellor, who opened his speech with “what a day!” before urging the party to move forward.

She is resolute in her belief that the only strategy that will give Britain a more successful future is going full pelt for growth.

The PM is intent on unleashing a vast building and infrastructure programme across the country that will be delivered as soon as possible.

Friends of the Prime Minister have been left frustrated by the “fear of change” the party has developed.

They say there are great rewards to be reaped from Brexit but a risk-averse mindset is stopping them from being capitalised on.

Allies say she has shown she will take decisions that go against her small state instincts to protect people, such as through the multi-billion pound intervention to keep down the country’s energy bills.

But she is expected to use her speech to the party’s grassroots in Birmingham to vow that her plan will generate growth across the country.

The Prime Minister will stress she wants the government to “get out of the way” of businesses trying to grow but also by leaving individuals to make their own decisions about their lives.

One Cabinet minister said the move was a “sensible retreat” and wars are won from the flank rather than head-on assault.

But the 2019 intake of younger MPs have been sharing messages about the Prime Minister’s future.

Allies of the PM believe they are too easily blown about by the wind and need to hold firm.

Lord Frost said: “You can’t simply throw out a load of free market reform ideas and assume everyone will just get with the programme.

“There needs to be much more explanation, much more effort to persuade, to make the arguments, to bring people along with you, to understand why the arteries have kind of furred up over the last decade or two and need to be cleaned out again.”

Economist Gerard Lyons, who has been an informal adviser to Ms Truss, said the economy would “probably be on the way up” by 2024 and the Government had plenty of time to demonstrate the impact of its policies.

He said: “The policies need to be registered by the end of the next year.

“You still have two and a quarter years, probably, until the next election.

“January 2025 is when the election needs to be held by and I wouldn’t be surprised if we actually went the full distance and we basically therefore have a year of economic growth in 2024.”

Nadine Dorries, who backed Ms Truss for the Conservative Party leadership, said Ms Truss should call a general election if she wants to break away from the policies put in place under Boris Johnson.

She said there was “widespread dismay at the fact that three years of work has effectively been put on hold”.

“If Liz wants a whole new mandate, she must take to the country.”

But Business Secretary Jacob Rees-Mogg said while they agreed on “almost everything” with Ms Dorries he did not think “there’s going to be an immediate election and I don’t think there’s a requirement for one.”