Liz Truss and Kwasi Kwarteng are preparing for a major U-turn on their plans to scrap the 45p tax rate after outrage from Tory MPs. The Chancellor is expected to make a statement within the next hour confirming he is ditching the policy less than two weeks after it was announced.

In the House of Commons on September 23, he unexpectedly unveiled plans to get rid of the highest rate of income tax, paid by those who earn more than £150,000 a year.

The tax cut was one of a series confirmed as part of the Government’s plan for growth.

However, a growing number of Conservative MPs had warned they would vote against the measures in Parliament.

There were concerns Ms Truss risked losing a key vote on her vision for Britain just weeks into office. 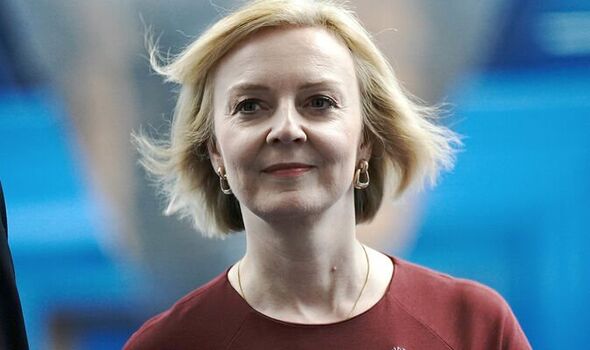 In total 14 MPs had gone public in indicating their plans to vote with Labour on the issues, just under half the number necessary to defeat the Government.

The rebels were undeterred despite threats of the Conservative whip being removed from those who did not back the measures.

Plans to scrap the tax are now understood to not be likely to take place for months.

Ms Truss defended the policy just yesterday, describing them as part of an “overall package of making our tax system simpler and lower”.

However, she admitted to mistakes in the way the so-called mini-budget had been announced following the panic in the markets.

The Chancellor’s measures triggered turmoil in the City, was criticised by the International Monetary Fund and resulted in a £65billion emergency intervention by the Bank of England to restore order.

Ms Truss said: “I do want to say to people I understand their worries about what has happened this week.

“But I do accept we should have laid the ground better.”

She added: “I have learnt from that and I will make sure that in future we do a better job of laying the ground.”

A row also broke out within Tory ranks yesterday after Ms Truss appeared to distance herself from the 45p tax cut saying it “was a decision that the Chancellor made”.

Former Culture Secretary Nadine Dorries, who had been one of the Prime Minister’s closest loyalists, criticised Ms Truss on Twitter for her remarks.

She said: “One of Boris Johnson’s faults was that he could sometimes be too loyal and he got that.

“However, there is a balance and throwing your Chancellor under a bus on the first day of conference really isn’t it.”