Liz Truss has been dealt another devastating blow for her leadership while at the Tory conference in Birmingham as a new poll has revealed Labour has a 25-point lead over her party. On a day where the Prime Minister had to cave in to demands she ditch plans to scrap the 45p income tax top rate, the poll by Savanta ComRes put Labour on 50 points – up seven to the Tories’ 25 points – which was down four.

The ComRes findings follow two late last week which also suggested the Tories are heading for an election wipeout.

YouGov gave Labour an unprecedented 33 point lead which would leave the Conservatives on a mere three seats according to the prediction website Electoral Calculus.

Meanwhile, the Techne UK tracker poll for Express.co.uk gave Labour a 20 point lead which would leave the Tories with just 113 seats, worse than their outcome in the 1997 general election when Tony Blair woon a 179 seat majority.

“If this played out at a General Election, the Conservative Party could be pretty much wiped out, and Labour would have such a commanding lead it could put the Conservatives out of power for generations.” 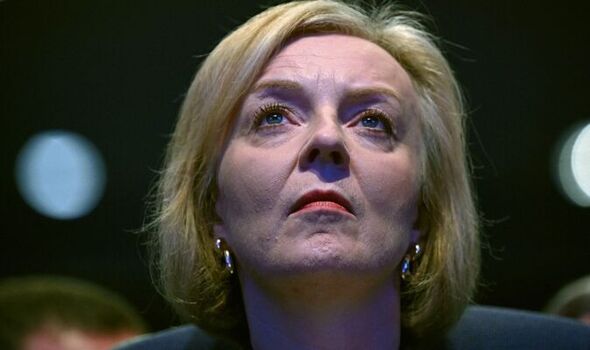 According to Electoral Calculus if the ComRes poll was the result in an election, Liz Truss’ party would be reduced to 32 seats while Labour would have 526 giving Sir Keir Starmer a majority of 402.

This would enable Labour to take the UK back into the EU unopposed without needing to get help from the Lib Dems or SNP.

The decision though has sent Tories into a tailspin at their conference in Birmingham with different factions criticising the Government for making the policy in the first place oor dropping the policy.

Questions have been asked about the future of Chancellor Kwasi Kwarteng with Brexiteer Sir John Redwood being proposed as a replacement.