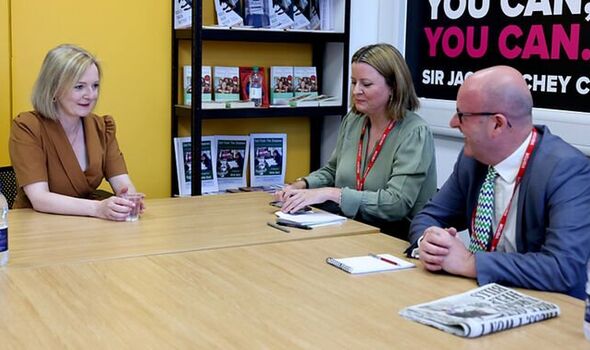 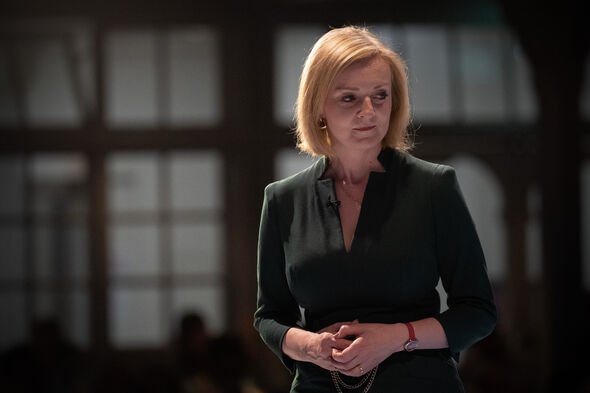 The leadership frontrunner insisted she is “completely committed” to keeping the formula in place regardless of the rate of inflation.

It means a double digit increase is expected next April and is likely to also mean a significant rise in 2024.

Ms Truss said it was important to protect people on fixed incomes as they face the cost of living crisis.

She said: “I am completely committed to the triple lock. And I understand that pensioners who are often on fixed incomes do face very difficult times with energy bills.

“That’s why I will also have a temporary moratorium on the green energy levy to reduce people’s fuel bills.”

Opponent Rishi Sunak suspended the triple lock in the wake of the pandemic but has since restored it in time for next year’s payout.

The April increase is calculated in September based on the highest of inflation, pay growth or 2.5 percent, when inflation is expected to be around 10 per cent.

Mr Sunak’s team have claimed Ms Truss’ plans to axe the 1.25 percent increase in national insurance will do nothing to help pensioners this winter.

But the Foreign Secretary said her plans to halt the green energy levy “will help everybody” who pays bills across the country.

And she said it was “important” to stick to the manifesto promise not to raise national insurance.

“That’s why I’m committed to delivering that,” she added.

“I think it was a wrong decision to do it last year and I will reverse that decision.”

Ms Truss said other measures, such as keeping corporation tax low, will drive investment and growth.

“And everybody wants their communities to succeed,” she said. “If you are retired and you live in Stoke-on-Trent, you want to see the businesses on Stoke-on-Trent succeed because that’s about the income for your family, but it’s also about pride in your local community.”

“So we all want Britain to be successful.”

“I’m about turbocharging our economy, getting growth going, attracting investment so we can level the country up in a Conservative way.”

“And it’s not a conservative way to have the highest taxes for 70 years, because we know what that leads to. That leads to economic decline.”

Ms Truss’ decision to axe the national insurance hike has led to some concerns that the £13 billion it would raise for social care and the NHS will be lost.

But she insisted the funding “will go ahead” and “it is affordable”.

Within our current budget, we’ll still be able to start paying down the debt after three years,” she said.

“But there is a shortage of funding in social care. So I’d make sure that the funding that was agreed, the £13 billion, goes into social care to support local authorities providing that social care.”

Caroline Abrahams, charity director at Age UK, said: “At Age UK our concern is that older people get good quality health and care support when they need it, against a context in which at the moment we know this is often not the case. How the system is resourced for this to happen is first and foremost a matter for government, but it is important that Ministers have a workable plan we can all believe in to raise the very substantial sums required.”

“The current Prime Minister and his then Chancellor, Mr Sunak, proposed a national insurance levy to finance their government’s proposed care reforms, which are based on a cap on sky high care bills. Although these reforms don’t go nearly as far as we’d like at Age UK they are still worth having, so if Liz Truss does not wish to go ahead with the levy it would be good for older people to know what funding mechanism she would use instead.”

“With or without the levy it is essential that whoever our next Prime Minister turns out to be they understand the grave situation our acutely pressurised NHS and social care services are in, and that they take decisive action quickly to turn things around.”

Silver Voices is campaigning for a minimum pension guarantee of at least £200 pw for state pensioners irrespective of their contribution record and yesterday (MON) hit more than 10,000 signatures on its petition for the change.

He added: “Obviously we welcome the commitment to restore and keep the triple lock up to the next election, but we remain cautious as this manifesto promise has already been broken once.”

“And the PM leadership contenders must recognise that their failure to implement the lock this year has placed millions of state pensioners on the edge of the cost of living abyss and at the mercy of rising prices.”