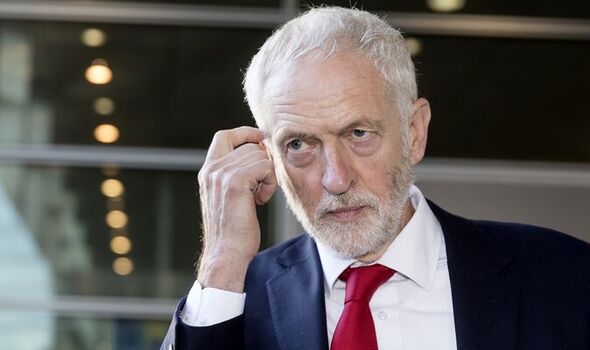 Mr Corbyn lost the party whip in 2020 over his response to an equalities watchdog’s report into anti-Semitism in Labour. He served a membership suspension but his leadership successor Sir Keir Starmer has refused to readmit him to the parliamentary party.

Alan Johnson, a former home secretary, asked whether Mr Corbyn should have the whip restored said: “Leave it where he is, and he’ll be happy and sanctimonious and pious where he is, leave him there.”

Referring to Mr Corbyn’s supporters, he said: “These people are out there, and they’re entitled to their beliefs, but they’ve got to stand on their beliefs, not…infiltrate the party.”

In an interview due to be broadcast today, he said the far Left was trying to “steal our clothes” to get backing in Labour.