The defiant Prime Minister told a delegation of his senior colleagues who trooped into Downing Street last night that he was staying put despite a mass walk out from the Government front bench. 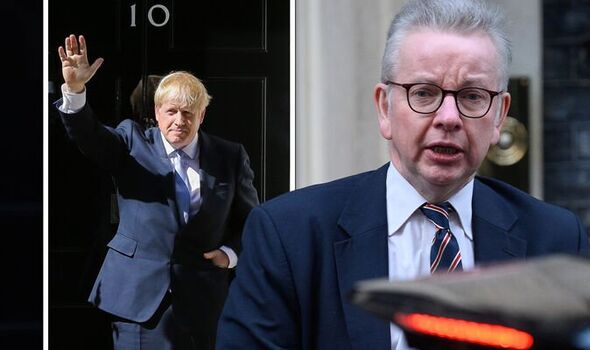 He is expected to announce a new plan for the economy in a joint statement with newly-appointed Chancellor Nadhim Zahawi next week.  And in a signal of his determination to face down the rebellion, Mr Johnson sacked Levelling-Up Secretary Michael Gove last night.

The sacking followed an attempt by Mr Gove to persuade the Prime Minister to quit earlier yesterday during a face-to-face meeting. A close ally insisted the Prime Minister was in a “buoyant mood” and was pressing ahead with new Government appointments to reshape his team.

A Downing Street source said the Prime Minister told the ministers last night that he was “focusing on hugely important issues facing the country”. He also warned them his departure would only lead to “chaos”, the source said.

His determination to cling on to his job set the stage of an extraordinary stand off between Number 10 and his own parliamentary party.

The delegation of ministers – including previously stalwart allies Priti Patel, Grant Shapps and Kwasi Kwarteng – held a series of face-to-face meetings with the Prime Minister to plead with him to resign.

Their demands followed a second consecutive day of high drama at Westminster as at least 38 MPs quit Government roles. It was the biggest number of Government resignations in a single day in history and followed the departures of Rishi Sunak and Sajid Javid on Thursday night.

Cabinet ministers who had publicly declared their loyalty to the Prime Minister on Thursday switched their positions as the steady stream of resignations from junior ministerial and ministerial aide ranks continued yesterday.

Last night night some were understood to be considering their positions while rebel backbenchers were plotting an attempt to seize control of the parliamentary party’s 1922 Committee on Monday to force a fresh leadership confidence vote.

Levelling-Up Secretary Michael Gove met the Prime Minister yesterday lunchtime to try to persuade him to quit because of the disappearing support among Tory MPs. Mr Johnson rejected his suggestions and then headed to a grilling by the Commons Liaison Committee of senior MPs, where he repeatedly brushed aside calls for his resignation. 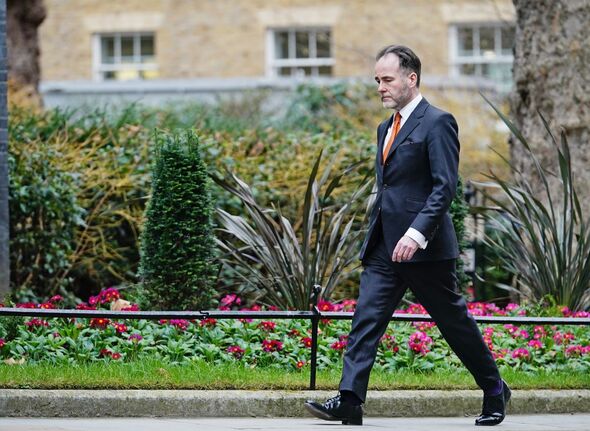 During the session, he told MPs questioning his future: “I think the country is going through tough times. You are making a point about duty.

“I look at the issues this country faces. I look at the pressures that people are under and the need for the government to focus on their priorities.

He added: “I look at the biggest war in Europe for 80 years and I can’t for the life of me see how it is responsible just to walk away from that, particularly not when you have a mandate of the kind that we won two, three years ago.”

Sir Graham Brady, the 1922 Committee chairman, was also involved in the discussions, conveying widespread demands among Tory backbenchers for the Prime Minister’s exit. Mr Johnson met a series of ministers one-on-one to discuss his future.

In her meeting with the Prime Minister, the Home Secretary is understood to have insisted she did not personally want him to quit but set out the “overwhelming view” of Tory MPs that his time was up.

Mr Shapps is thought to have told Mr Johnson that he stood little chance of winning another confidence vote and should instead set out a timetable for a departure on his own terms.

Culture Secretary Nadine Dorries and Brexit Opportunities Minister Jacob Rees-Mogg were also at Number 10 arguing that Mr Johnson should stay in his post and fight the rebellion.

Deputy Prime Minister Dominic Raab also remained loyal to Mr Johnson and defended him at a session of the backbench 1922 Committee. A call from rebels for an immediate party rule change to allow a fresh confidence vote was rejected at the meeting.

Earlier, Mr Johnson was in an upbeat mood despite a series of brickbats from both opposition and Tory MPs at Prime Minister’s Questions. He told the Daily Express he felt “good” when asked how he was “bearing up” under the pressure of the party rebellion. 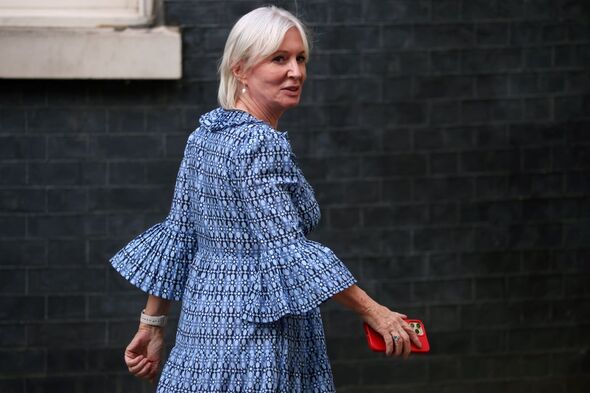 Mr Johnson also insisted he was preparing a new tax-cutting plan with his newly-appointed Chancellor.

Celebrating the £6billion-a-year National Insurance cut that came into force yesterday, the Prime Minister told the Daily Express: “It’s the most important tax cut today: £330, 30 million people will benefit and with the brilliant new chancellor in the form of Nadhim I think we’ll be able to continue on an agenda sensibly and responsibly of lifting the burdens on businesses and families.”

In a statement last night, Mr Duddridge said: “The Prime Minister is in a buoyant mood and will fight on. Has a 14-million mandate and so much to do for the country.

“I expect him to make senior Cabinet appointments this evening and am looking forward to hearing what the PM and his fantastic chancellor have to say.”

By last night, a total of 44 MPs had resigned from Government jobs since Tuesday. The figure was about a quarter of MPs on the Government “payroll” and included two Cabinet ministers, 15 ministers, 20 parliamentary private secretaries, four trade envoys and one Tory party vice-chair.

Shortly after Mr Gove’s sacking last night, his parliamentary private secretary Danny Kruger became the 42nd MP to quit in the spate of departures.
He tweeted: “Very sorry indeed to hear Michael Gove has been fired by the PM.

“As I told Number 10 earlier today it should be the PM leaving office. I am resigning as parliamentary private secretary at the Department for Levelling Up.”