Brexit: UK 'can be a global trading nation without EU' says MP

The senior minister suggested that a combination of the anguish over Brexit and the proximity of elections in the bloc’s two biggest members, France and Germany, is behind the “vaccine war” with the UK. The minister, who deals with counterparts in the EU each week, said it was a personal view not a government one but had been reflected in the conversations he has had with European politicians. The minister said: “I think a lot of this is driven by the electoral cycle in the EU.

We have got crunch German elections coming up in September.

“[European Commission President] Ursula von der Leyen is principally a CDU political animal so there is widespread anger about their perceived failure to deal with the vaccine rollout.

“There’s a whole lot of political stuff going on that is for domestic consumption.

“[French President Emmanuel] Macron is in a similar position where he will be facing the electorate in about a year’s time for the Presidency.

The EU agreed to a proposal on Friday which would allow the European Commission to impose export bans. 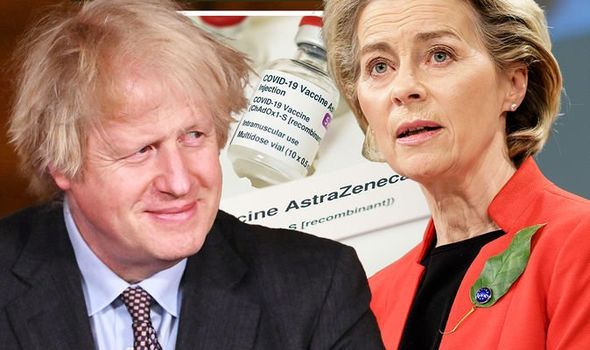 This came despite opposition from countries like Holland and Belgium as well as criticism of “a vaccine war” from former European Commission President Jean-Claude Juncker who argued that the EU needs to remember its special relationship with the UK.

While an export ban has not been imposed yet critics point out that the UK and AstraZeneca are being attacked as a result of the Commission’s own failures in ensuring a proper rollout of the lockdown across the bloc.

The machinations appear to be having a negative impact on Europe.

On Friday Canada demanded assurances from the EU that vaccine supplies would not be confiscated and it is understood that Novovax have yet to sign a contract with the EU because of concerns over the treatment of AstraZeneca.

But the senior UK minister said that part of this was the bitterness still felt by the EU over Brexit was behind the attacks.

The minister noted: “We underestimate in the UK to what extent Brexit was a humiliation for the EU. 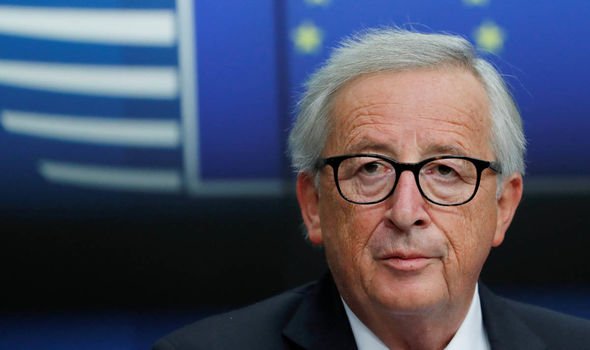 “It as a very difficult thing for them to deal with. This is an organisation that has always expanded and brought more people in and for the first time to have your second biggest net contributor essentially leave the club is a problem. It’s quite traumatic.”

The minister added: “I think they are alarmed at the speed of the trade deals coming into the UK.

“One of the most revealing things that has been said was when Ursulka von der Leyen said the UK was like a speed boat and the EU was like a supertanker. What was extraordinary about that was it was exactly the sort of metaphor the Prime Minister would come up with. It summed up the frustration they feel.”

The minister also believed that Britain’s future trade is going to be much more focussed on the rest of the world going forward.

“It has already changed. If you look at where our trading was in 2000 it would have been about 65 per cent EU trade probably more. Today it is 55 per cent. That was a trend when we were still in the EU our total trade was falling.

“I am convinced that EU trade as a proportion of our global trade will fall as a percentage.”