SNP slammed by Ian Tough from The Krankies

Television presenter Michelle Dewberry blasted plans of the SNP Government to provide emergency housing for Ukrainian refugees amid a Scottish homelessness crisis. The broadcaster argued that those in Scotland and across the UK should be supported by the Government first and foremost, before the nation can support those facing global turmoil. The Scottish Government branded the initiative a “creative approach” which will involve chartering a large cruise ship to accommodate people displaced by the war in Ukraine. Ms Dewberry acknowledged the devastating global situation but questioned why similar measures had not been introduced to support citizens already in Scotland that are desperately struggling to acquire stable housing.

Speaking on GB News, Ms Dewberry began by outlining the worsening homelessness crisis in Scotland under the leadership of First Minister Nicola Sturgeon.

The broadcaster said: “According to Shelter in Scotland, every 19 minutes a household becomes homeless in Scotland.

“11,804 children are in households assessed as homeless already – you’ve got nearly 34,000 applications as homelessness last year.

“I get it, people are trying to be kind, they’re trying to raise their hands and say look at us, we’re so kind to everybody else.

“For me, I do genuinely feel that you’ve got to help people in this country before you start extending the hand of help out to everybody everywhere.” 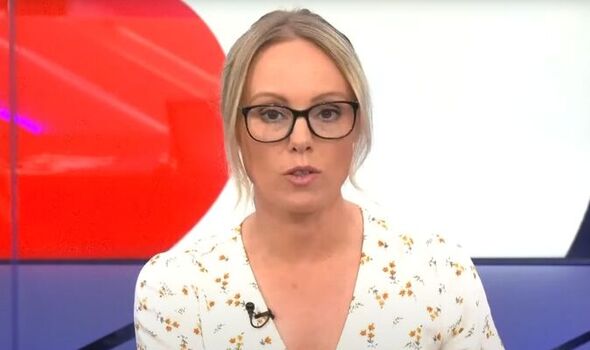 “I just wish that those people are helped first and foremost.”