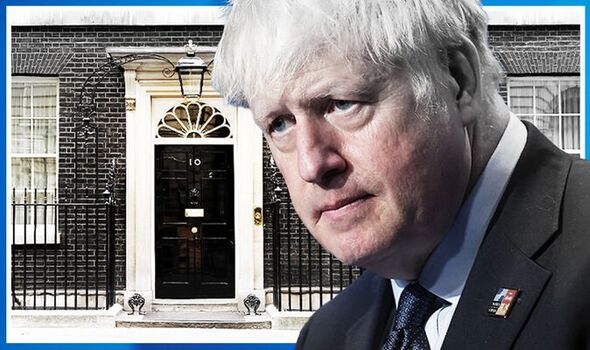 You can add your voice to the tens of thousands of comments posted daily on Express.co.uk and have your say on the big issues facing the country today.

Prime Minister Boris Johnson is expected to resign later today (Thursday, July 7), several media outlets have reported. His premiership was rocked by dozens of resignations in recent hours, but Mr Johnson remained defiant that he would hang on to his job.

A No 10 source told the PA that after conversations with Sir Graham, Mr Johnson has agreed to stand down and a new Conservative leader will be in place by the party conference in October.

Pressure has mounted on the PM to leave Downing Street, and the newly-appointed Chancellor Nadhim Zahawi tweeted this morning: “This is not sustainable and it will only get worse: for you, for the Conservative Party and most importantly of all the country. You must do the right thing and go now.”

The resignations of two of Mr Johnson’s most high-profile ministers sparked a wave of resignations that have engulfed No 10, and several ministers have publicly called for the Prime Minister to resign.

Several Conservative MPs are now likely preparing for a leadership battle, and so far Attorney General Suella Braverman has said she will stand in a contest to replace Mr Johnson as PM.

So who do you think should be the nation’s next Prime Minister?

HAVE YOUR SAY RIGHT NOW – JOIN THE EXPRESS READER DEBATE IN OUR COMMENTS SECTION.