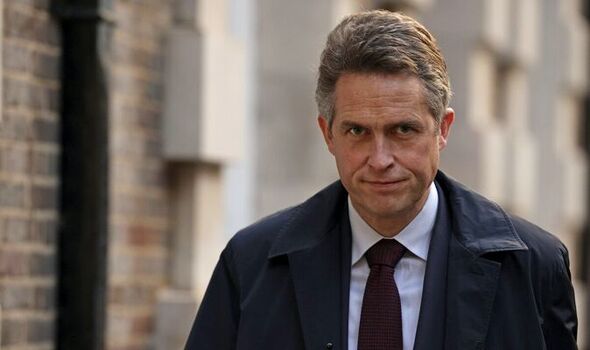 Sir Gavin William has resigned from Government after facing a number of allegations about his conduct. He said that the allegations were becoming a “distraction”.  Sir Gavin is currently facing three claims of bullying after it was first revealed that he sent expletive-laden text messages to a female colleague.

In his resignation letter, Sir Gavin said he “refutes the characterisation” of the claims made against him.

He said he has “decided to step back from Government” to allow him to “comply fully with the complaints process” and “clear my name of any wrongdoing”.

Sir Gavin added: “It is with real sadness that I tender my resignation, but I want to take this opportunity to offer my full and total support from the back benches.”

The MP is currently facing three separate inquiries into his behaviour, two with the Independent Complaints and Grievance Scheme (ICGS), and the other an internal Conservative party investigation. Two relate to one incident involving the former chief whip Wendy Morton, while the other relates to a complaint made by a Ministry of Defence official.

Downing Street said it is probing a “serious” allegation that Sir Gavin told the MoD official to “slit your throat”.

Sir Gavin is accused of telling the official to “jump out of the window”, saying the MP had “deliberately demeaned and intimidated” them on a regular basis.

In a statement, the complainant said they had an “incredibly difficult period” working for Williamson at the MoD and that the alleged bullying had taken “an extreme impact” on their mental health.

In a bombshell interview with Channel 4, broadcast just hours before Mr Williamson’s resignation, former deputy chief whip Anne Milton, who used to work with Sir Gavin when he was chief whip, claimed the MP used “salacious gossip” as “leverage against MPs”.

She said there were a “few” incidents, where Sir Gavin would leverage “people’s sexual preferences” or other sensitive issues against them.

The former deputy chief whip said: “I got the impression that he loved salacious gossip and would use it as leverage against MPs if the need arose.”

“He loved all that. He would come into the office and say: ‘Guess who enjoys, you know, some form of sex or another’.

“I found it very distasteful apart from anything.”

Speaking to Channel 4 News, Ms Milton added: “On one occasion, we had an MP who’d got a few financial problems and some financial help was given.