WASHINGTON (Reuters) – Nearly a quarter of Ohio’s counties are deploying fewer poll workers for the state’s Democratic primary on Tuesday than they have in previous presidential election years, raising concerns from voting-rights advocates who say the reductions could lengthen lines at the polls. 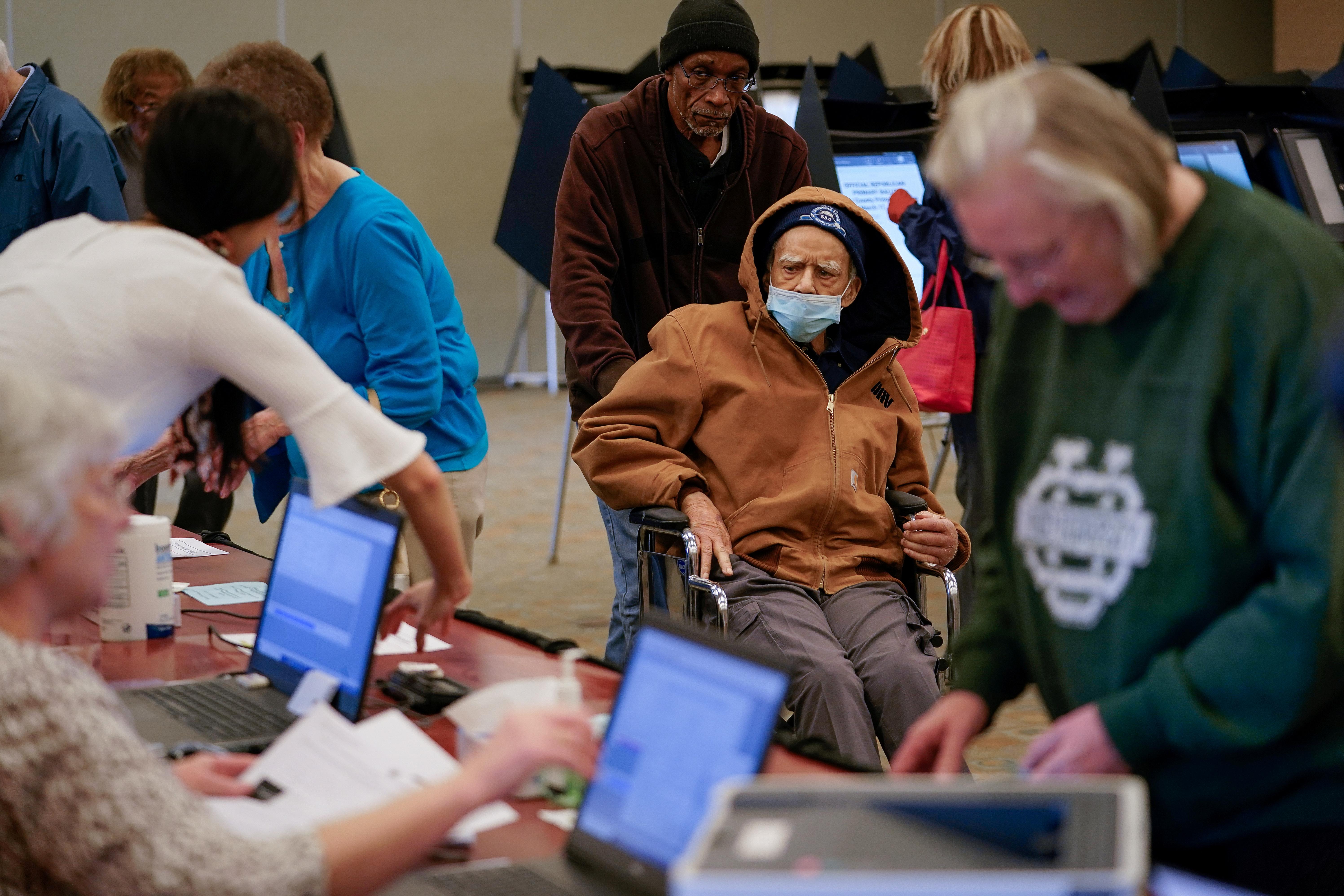 Thanks to a change in state law last year, at least 1,200 fewer poll workers are slated to be on duty than in past federal elections, according to a Reuters analysis of staffing projections supplied by county election boards across Ohio.

The cuts will affect polling stations across 20 of Ohio’s 88 counties, impacting 7.8% of Ohio’s electorate but more than half of voters in the affected counties.

On top of these planned reductions, fears of the novel coronavirus have prompted hundreds of poll workers – who are often elderly and therefore at higher risk if they contract the virus – to stay at home rather than work on Election Day, said Aaron Ockerman, executive director of the Ohio Association of Election Officials.

“We’re doing our best to backfill and level the losses, though we’re not at 100%,” Ockerman said.

Before 2019, Ohio required counties to deploy at least four poll workers for each of the state’s nearly 9,000 election precincts. But the state’s most recent budget tweaked that formula.

Counties now have the option to reduce by as much as 50% the number of workers at polling places where voters from multiple precincts use a single facility, provided that location is equipped with electronic pollbooks, an automated replacement for paper registries to sign in voters.

But unforeseen disruptors such as the coronavirus underscore why it is important to staff polling locations robustly, said Catherine Turcer, executive director of the Ohio branch of Common Cause, a nonpartisan watchdog group.

“If we have a reduction in poll workers plus people calling off sick, it could be really problematic,” Turcer said. “That’s why it makes sense to have more poll workers than you really need.”

A spokesman for Ohio Secretary of State Frank LaRose noted that at least three members of any county’s election board – each run by two Democratic and two Republican members – must approve any reductions.

“The Secretary does not have the authority to overrule the board’s decision,” wrote the spokesman in an email.

The Secretary of State’s office did not respond to a request for further comment.

The planned reductions represent a modest 3.4% decline in overall poll workers statewide compared to past elections. But some counties have chosen to cut significant portions of their previous poll worker force, with eight counties losing more than 30%.

Among those planning the biggest cuts is rural Greene County in southwestern Ohio, home to the state’s two historically black universities: Central State University and Wilberforce University. Greene County election officials halved the number of poll workers at all 32 voting locations in the county compared to what they were in 2018 and earlier. The overall number of poll workers will shrink from 584 to 292.

Llyn McCoy, director of the Greene County board of elections, said voters can be checked in and sent to a voting machine in less than a minute thanks to the electronic pollbooks. “Having more poll workers in the polling location does not reduce wait time for voters if there are no jobs for the poll workers to do,” she said.

Defenders of the cuts say they are a common-sense measure for polling locations where voter turnout typically has been low. They note that Ohioans can vote early in person, or by mail starting 28 days before an election, innovations that have thinned crowds on Election Day.

The Ohio Association of Election Officials has pushed the state legislature to let counties reduce staffing at polling locations since 2015. Ockerman said the lower poll worker requirements could enable counties to remain compliant with the law even if they lose part of their workforces due to coronavirus concerns.

But voter advocates say the drop in poll workers could make Ohio the next major state where new election laws and procedures result in long lines for Democratic voters, as they did in the Texas and California primaries on Super Tuesday.

Ohio’s primary comes at a pivotal time in the race to determine whether U.S. Senator Bernie Sanders or former Vice President Joe Biden will be the Democratic presidential nominee in November.

“Poll workers are really the frontline for making sure our election system works,” said Jen Miller, executive director of the Ohio League of Women Voters.

Registered Republicans make up a majority of voters in all 20 Ohio counties that reduced poll workers. Eighteen of the counties reduced poll workers only in certain precincts. In most of those 18 counties, the precincts affected by the reductions have higher rates of registered Democrats than the precincts that remain unaffected, according to a Reuters analysis of Ohio voter data.

In several counties that voted to reduce their poll workers – including Butler County, the state’s seventh most populous, and Paulding County, the sixth least populous – election officials said they had trained extra poll workers to serve as back-ups who could be sent to voting locations if needed. Other counties, such as rural Jackson, said cutting costs was one of the reasons they were reducing poll workers.

Proponents of Ohio’s move to allow counties to reduce poll workers emphasize that it had bipartisan support in the state Senate, where it passed unanimously before being incorporated into the state budget.

But even with bipartisan support, reducing poll workers is ill-advised in a presidential election year where Ohio expects heavy turnout, said Myrna Perez, who directs the voting rights and elections program at New York University’s Brennan Center for Justice.

“Given the consequences – someone’s vote being lost, the system not fairly representing the voices in this country – we should be planning in a very risk-averse way,” she said.