Network Rail’s Chief Negotiator Tim Shoveller revealed the RMT Union’s unwillingness to hold negotiations, as they “were unable to talk to us”.  Until all their concerns over pay rise and poor working conditions were addressed, the RMT union have threatened to go ahead with strikes that started on Tuesday and are due on Thursday and Saturday. The RMT boss Mick Lynch told the BBC: “If we don’t get a settlement it is extremely likely that there will be [further strikes].”

But the Network Rail’s Chief Negotiator says his call for talks appears to have fallen on deaf ears.

Speaking to LBC, Mr Shoveller vented: “Look, it was a really frustrating day today because we hoped to make some really substantial progress. We were aiming to put another offer on the table and ideally a vote ahead of today’s strike.

“So, it’s enormously disappointing for us and nothing as a trade union involved that we weren’t able to do that without the RMT in the room.”

LBC’s Nick Ferrari then asked: “Sorry just to clarify, the RMT didn’t turn up? They turned up and left the room? What actually happened, Mr Shoveller?” 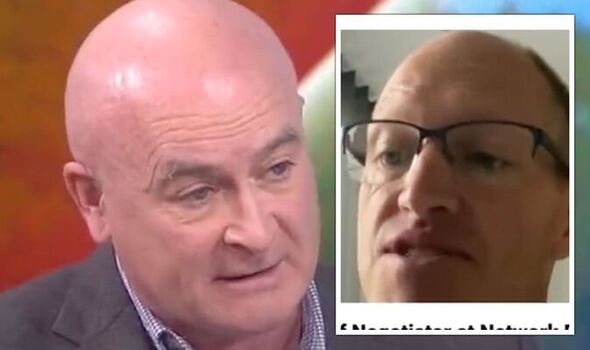 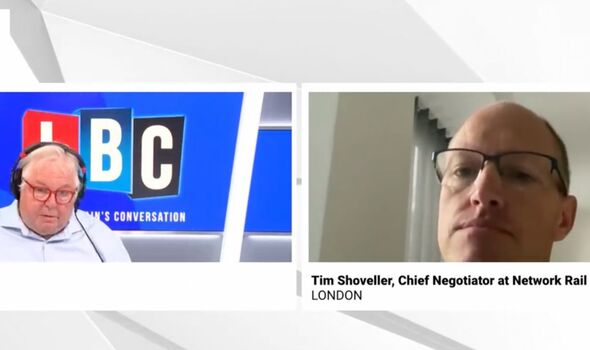 “That’s right,” Mr Shoveller said. “So, the RMT did attend the 12:30, as we’d agreed, but then we weren’t able to have any substantial conversations in the negotiations yesterday. There were two other trade unions, TSSA and Unite.

“But the RMT were unable to talk to us because of a meeting a week on Friday. And the start of the process of consultation to change the structure of the railway. And we need to do that. It’s required by law. And we’re unable to make progress through negotiations.

“So, the RNT were unable to negotiate with us yesterday. I’m hoping we have a much more fruitful day today.”

The RMT general-secretary Eddie Dempsey put the blame on Boris Johnson’s Government for having “scuppered talks” and accused them of “have been ripping off the British people off for years.” 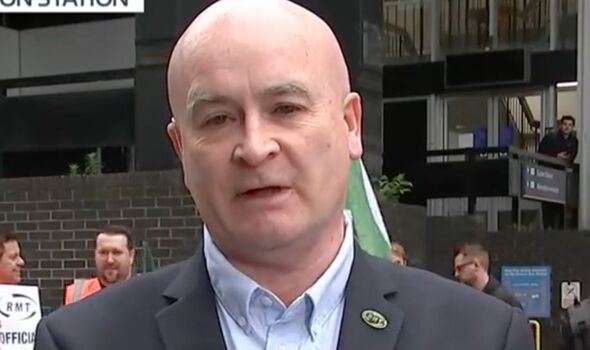 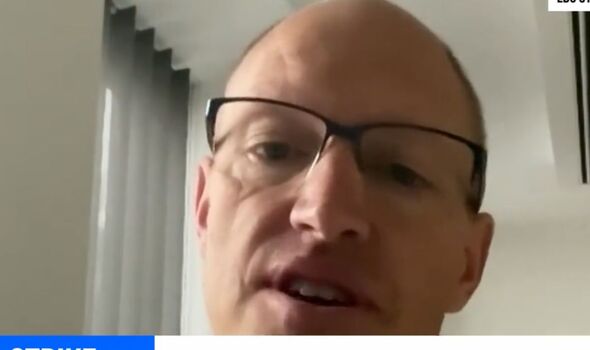 Transport Secretary Grant Shapps denied the allegations that he “wrecked” strike calls” and called it a “total lie.”

Mr Shapps pushed back against the accusations, saying: “I understand that the letter makes no mention of 2,900 redundancies, but I do know it confirmed Network Rail would be introducing desperately needed reforms for the industry after the union chose strike action instead of further talks.” 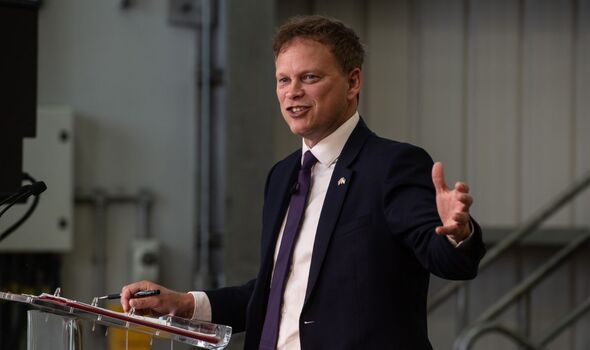 “The RMT continues to deflect from the fact that the only people responsible for the massive public disruption this week is them”, Mr Shapps said.

“I want to urge Mick Lynch and his members to stop wasting time making false claims in the media and instead return to the negotiating table so an agreement can be reached.”

Network Rail and RMT failed to reach a settlement on Wednesday but are expected to reconvene on Thursday.

Mr Shoveller told Sky News Wednesday’s negotiations were “completely frustrated by the RMT’s inability to talk”, with RMT unwilling to hold talks as long as the redundancy letter is not removed.