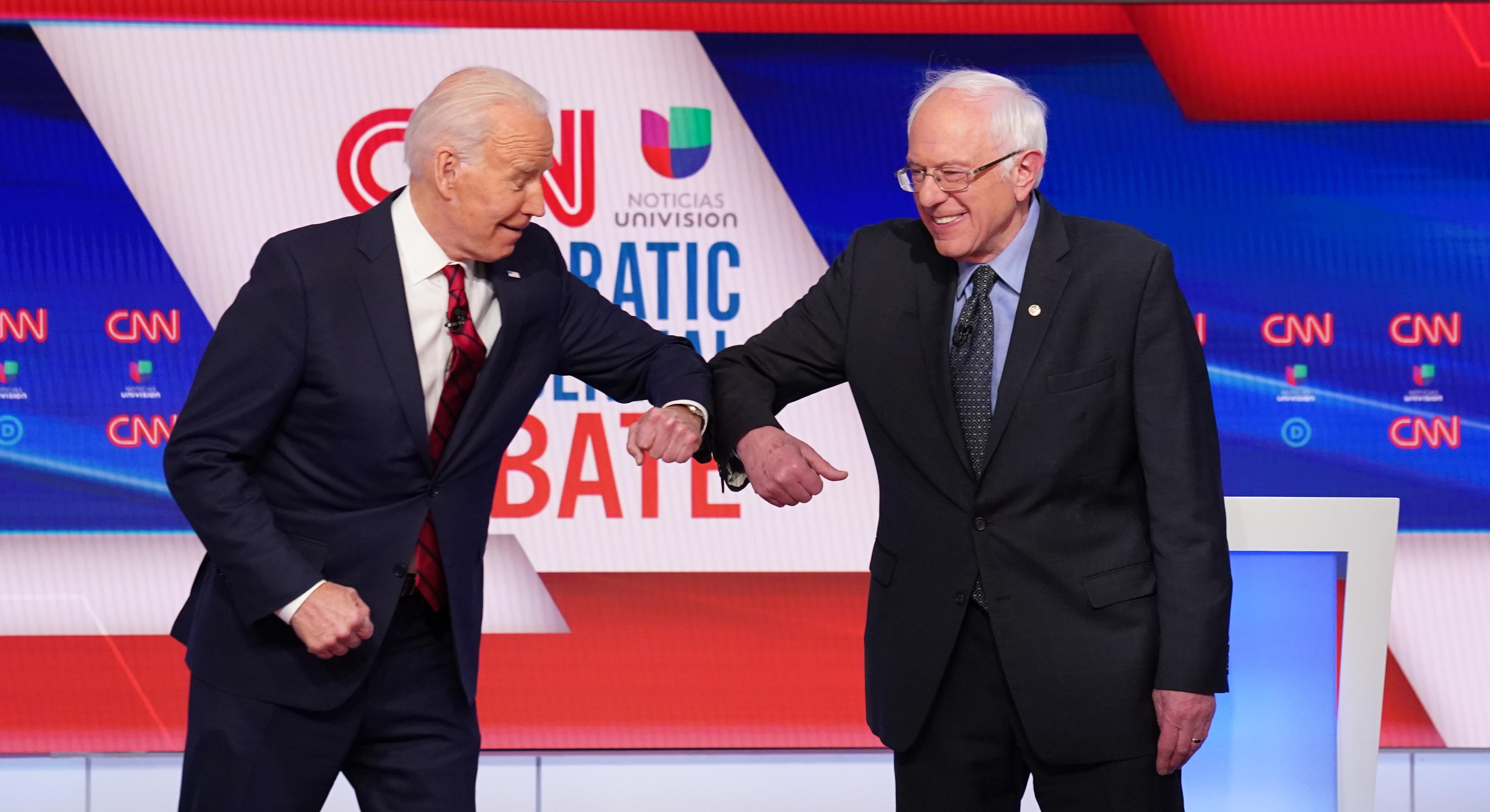 (Reuters) – Joe Biden smiled and reached his elbow out to touch his rival Bernie Sanders’ arm on Sunday, an unusual greeting to start a Democratic presidential debate during the coronavirus pandemic.

Sanders and Biden, vying for their party’s nomination to face Republican President Donald Trump in the November election, met in a Washington, D.C., television studio with no audience in the room, a move also made to limit possible exposure to the virus.

The gesture opened a debate marked by fear of what one of the debate moderators called a “national emergency” connected with the virus that has killed 65 Americans and infected nearly 3,000. Globally, more than 162,000 are infected and over 6,000 have died.

The U.S. Centers for Disease Control and Prevention advised Americans to stop shaking hands and instead “use other noncontact methods of greeting” to stop the virus spreading.

Trump violated that guidance when he shook hands freely with business executives who appeared alongside him at coronavirus news conference on Friday.