WASHINGTON (Reuters) – President Donald Trump faced one of the gravest threats of his political career as the coronavirus pandemic spread, leaving fellow Republicans to worry that the White House’s response and the hit to the economy would harm his re-election prospects.

U.S. stock market indexes that Trump has touted throughout his term as evidence of his success plunged into bear market territory on Thursday – a day after he tried to calm Americans’ fears with an Oval Office address that promised economic stimulus and a 30-day travel ban for Europeans.

Some Republicans worried that the measures were too little, too late for an administration that for several weeks minimized the risk of the COVID-19 respiratory disease caused by the virus that has killed at least 39 Americans.

“The president’s early downplaying and politicizing of the virus hurt his credibility and will make people question the administration’s readiness from now until the day this passes,” said Mike DuHaime, a Republican strategist who ran Chris Christie’s gubernatorial campaigns in New Jersey.

“The president’s greatest strength has been the economy. If the stock markets continue to tank, and real people begin to hurt financially, it will hurt the president politically.”

Trump emerged triumphant last month after his Senate acquittal in a Democratic-led impeachment drive, ready to ride high on a strong economy as a crowded field of Democratic candidates bickered over who was best to take him on in November’s general election.

The narrative quickly changed. Moderate Democrats in the past two weeks have consolidated their support behind former Vice President Joe Biden over liberal Senator Bernie Sanders. They are betting that Biden can draw support from across the party, as well as from suburban moderates and disaffected Republicans.

Biden seized the chance to offer a contrast to American voters with his own coronavirus speech on Thursday. He lambasted the administration’s handling of the crisis while seeking to portray himself as a steady, experienced hand in the face of a public health emergency.

“I’d rather be Joe Biden than Trump right now,” said a Republican official close to the White House. “A month ago, Trump is looking at Bernie Sanders and a strong economy and rising favorability after impeachment. Coronavirus cannot have a positive impact.”

Trump’s re-election campaign defended the president’s actions and in a statement accused Biden of trying to “capitalize politically and stoke citizens’ fears.”

The growing threat from the coronavirus forced Trump on Thursday to reverse course and suspend his large campaign rallies.

“The safety, security and health of the American People is President Trump’s top priority right now,” the Trump campaign said in a text. 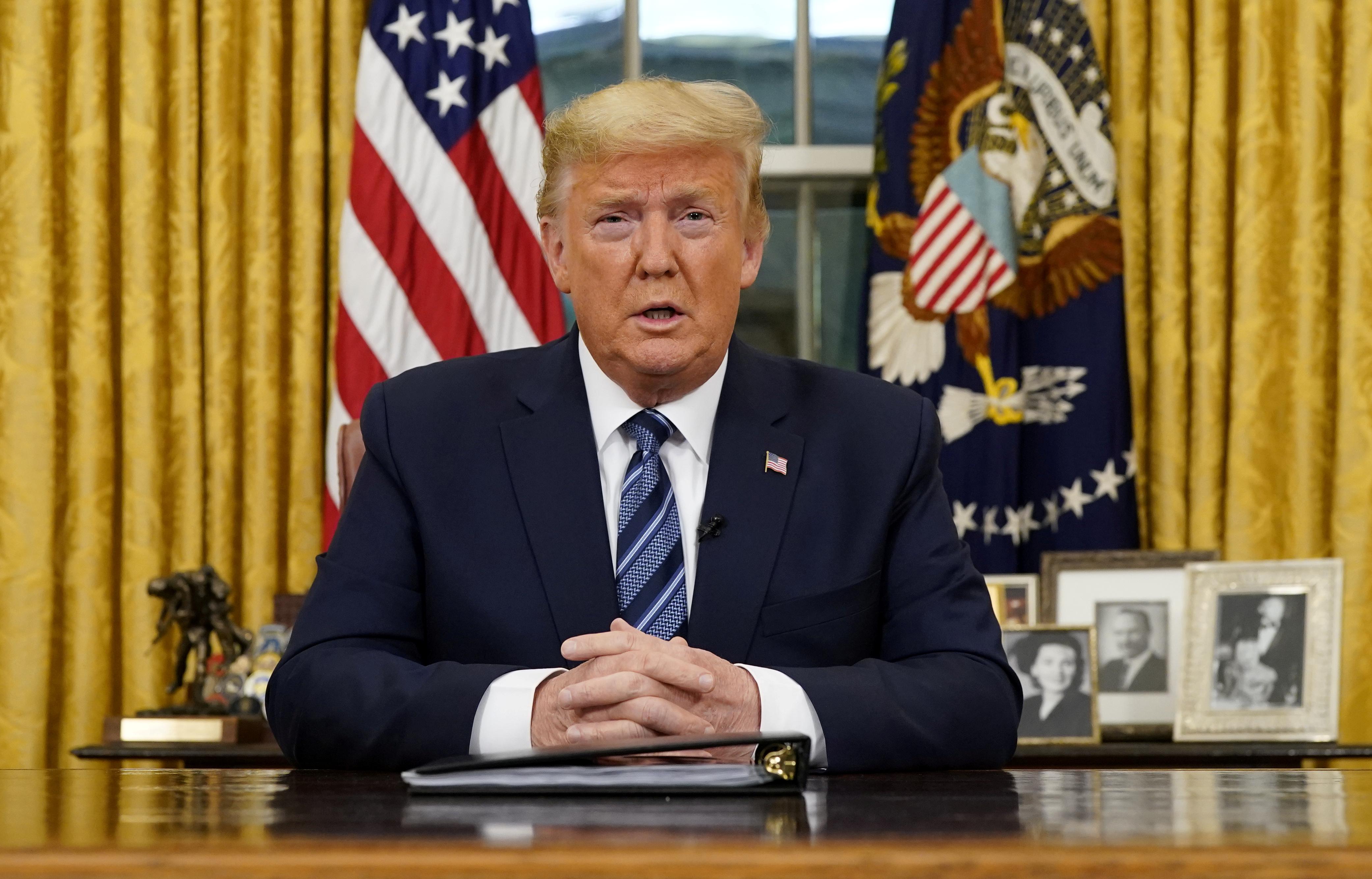 ‘ADVERSARIAL RELATIONSHIP WITH THE TRUTH’

Noting that Trump had called the disease a “foreign virus,” Biden warned against “xenophobia” and said the coronavirus “does not discriminate based on national origin, race, gender or ZIP code.”

Biden laid out his own plan for dealing with the outbreak, including emergency paid sick leave for workers and widely available free testing for the virus, saying the number of tests should number in the “millions, not the thousands.” The Trump administration has been criticized for failing to produce enough tests to meet demand.

“This virus laid bare the severe shortcomings of the current administration,” the former vice president said in his 20-minute address from his home state of Delaware. “Public fears are being compounded by pervasive lack of trust in this president fueled by an adversarial relationship with the truth.”

Sanders, who has vowed to remain in the race despite lengthening odds, also bashed Trump’s handling of the crisis. He called for stronger action by government agencies to halt the spread of the virus and measures like paid sick leave and unemployment compensation for those affected.

“During a crisis we must make sure that we care for the communities most vulnerable to health and economic pain,” Sanders told reporters in his hometown of Burlington, Vermont.

A Trump supporter and fundraiser said the coronavirus outbreak had been politicized, like every issue in the United States.

“The battle lines are drawn,” said Jim Worthington, a health club executive in Bucks County, Pennsylvania. “If you like Trump, you think he’s done all the things right, like cutting off travel to China. If you’re a Democrat, you think the opposite.

“I think he’s been ahead of the issue, and the media has really overhyped it,” Worthington said, adding that he thought the virus should be taken seriously.

The crisis has reshaped the contours of the presidential campaign. Democratic officials announced on Thursday that Sunday’s televised debate between Biden and Sanders would be moved to Washington from Arizona.

Officials had already decided not to allow an audience into the debate hall, citing contagion concerns. 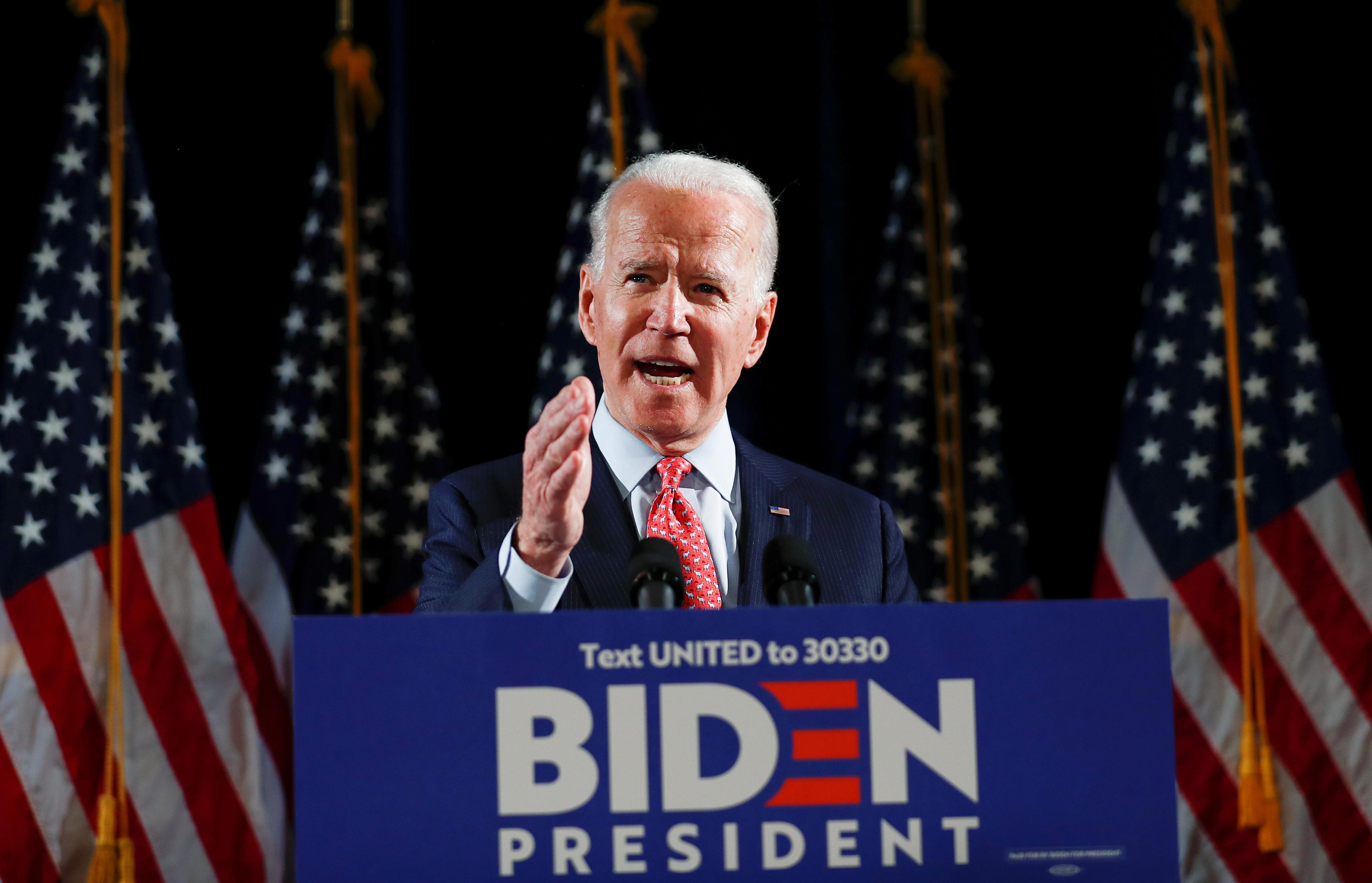 Biden’s campaign on Wednesday converted planned rallies in Florida and Illinois into “virtual” campaign events and on Thursday said that all campaign staff would begin to work from home beginning Saturday. Sanders’ staffers will also work from home, reaching out to voters online instead of holding large events or door-to-door canvasses, his campaign said Thursday.

One Republican strategist said Trump’s handling of the coronavirus was hurting him now but that it was too soon to gauge its impact on his long-term political prospects. Reuters/Ipsos polling from March 9-10 showed 55% of Americans disapproved of Trump, while 40% approved, largely unchanged from the past year.

“A few weeks ago, the president’s supporters were very dismissive of the virus. Today, they are being very silent,” the Republican political operative said. “It’s a supply chain issue, and he’s the supply chain president. When he says we have test kits on the ground and we don’t, that’s a real problem.”