WASHINGTON (Reuters) – Ohio will postpone its presidential nominating election planned for Tuesday, despite a judge’s refusal to endorse a postponement, because the public health emergency caused by the coronavirus makes it too dangerous, Governor Mike DeWine said.

DeWine had asked a state court for permission to postpone the election, but after a judge denied the request he said the state’s health director would order the polls shut as part of the public health emergency caused by the virus.

“During this time when we face an unprecedented public health crisis, to conduct an election tomorrow would force poll workers and voters to place themselves at an unacceptable health risk of contracting coronavirus,” DeWine said on Twitter Monday night.

While he had first sought the approval of the courts to move the election, judge Richard Frye rejected the request to postpone the primary on Tuesday despite growing concerns about the coronavirus that have shut down schools, restaurants and large gatherings across the country.

The process of the appeal began Monday night, Ohio Department of Health spokeswoman Melanie Amato said, as Florida, Arizona and Illinois prepare to vote on Tuesday.

Former Vice President Joe Biden is the overwhelming favorite to defeat U.S. Senator Bernie Sanders of Vermont in all four states, according to public opinion polls. Winning the populous states has the potential to give Biden a nearly unassailable lead over Sanders, his only viable rival and a democratic socialist.

They are vying for the party’s nomination to face Republican President Donald Trump in November’s election.

Ohio’s Republican governor, Mike DeWine, in calling for a delay, said at-risk populations would be unable to vote. Two Ohio voters over the age of 65 filed the lawsuit seeking the delay and DeWine said the state would not oppose it.

“We should not force them to make this choice – a choice between their health and their constitutional duties as American citizens,” DeWine, who lacks the power to unilaterally delay the primary, told a news conference. 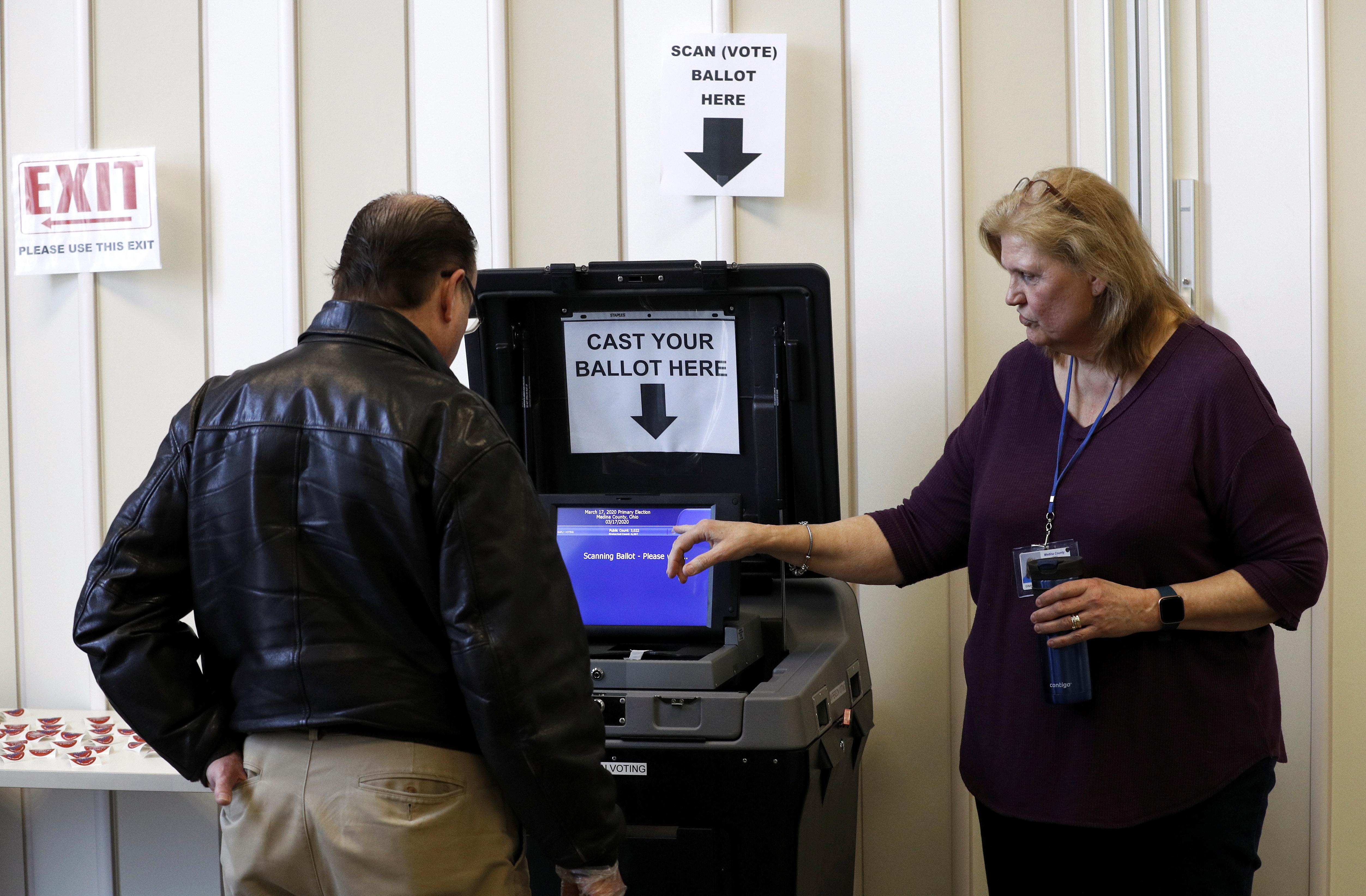 On Sunday, the U.S. Centers for Disease Control and Prevention (CDC) recommended cancellation of gatherings of 50 or more people over the next eight weeks. U.S. task-force guidelines on Monday discouraged social gatherings of more than 10 people.

Ohio will continue to collect absentee ballots and hopes to hold the primary on June 2.

Georgia, Louisiana and Kentucky have postponed primaries that had been set for March 24, April 4 and May 19, respectively.

Illinois’ state board of elections said much of the voting for the state primary already had been done, with 504,000 early votes cast and 294,000 ballots mailed in as of Monday – a substantial increase from the day before the 2016 primary, when those numbers were 400,000 and 160,000 respectively.

Matt Dietrich, a spokesman for the board, said: “At this point, there is no date in the foreseeable future when we can expect greater safety with any certainty.”

Florida, the largest state to vote on Tuesday, has also experienced a surge in early voting.

About 1.1 million Democratic ballots had been cast by mail or at early voting centers through Sunday, a state party official said. In the 2016 primary, about 890,000 Democrats voted early, representing just over half of the party’s 1.7 million votes in that year’s primary.

Arizona Secretary of State Katie Hobbs wrote on Twitter on Monday that the state government was working to keep Election Day “safe and accessible.”

Following his first one-on-one debate with Biden in Washington on Sunday – which had no studio audience to limit possible exposure to the virus – Sanders questioned the wisdom of voting on Tuesday. 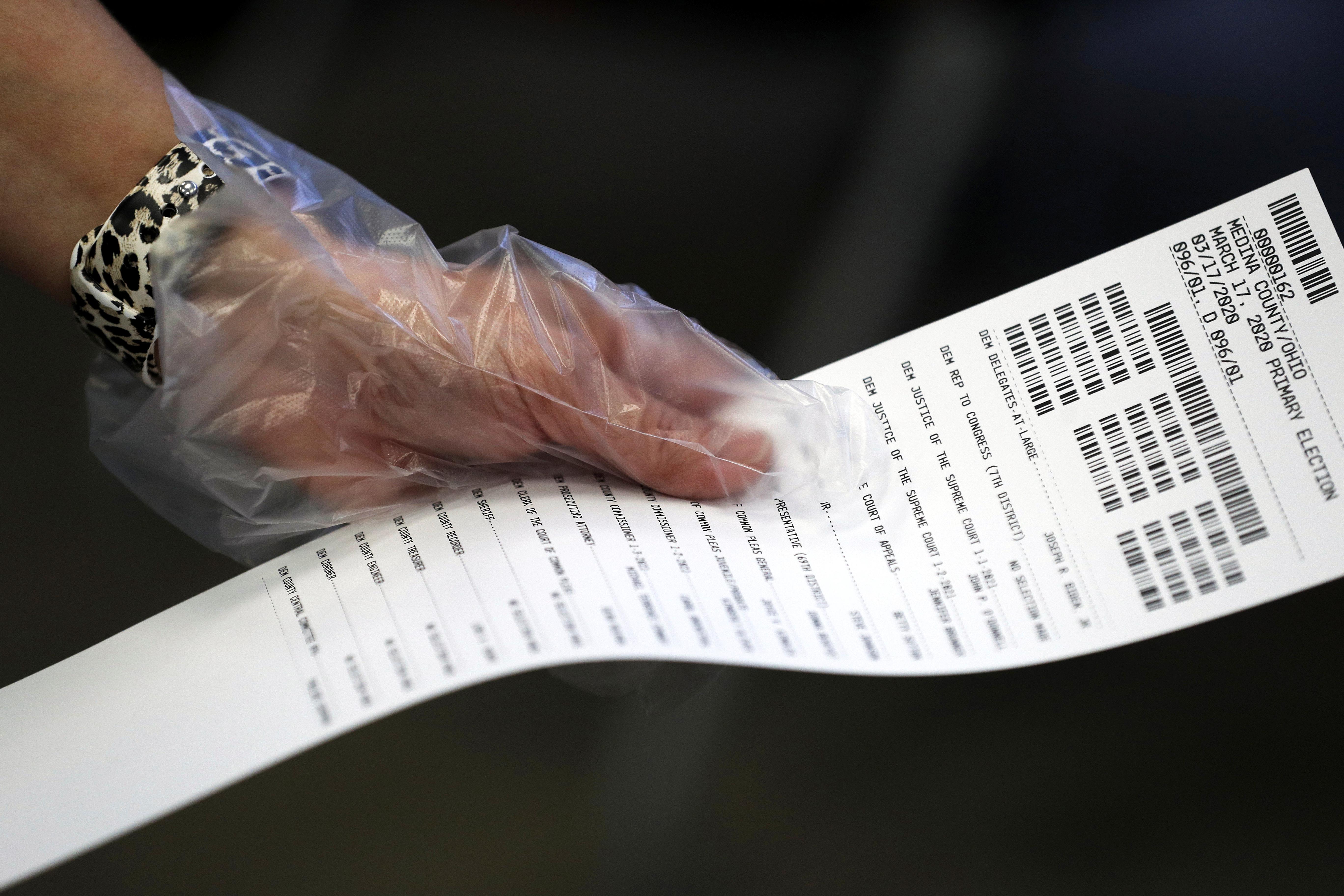 “I’m thinking about some of the elderly people who are sitting behind the desks, registering people, doing all that stuff. Does that make a lot of sense? Not sure that it does,” Sanders told CNN.

Prominent leaders and groups in the Democratic Party have been coalescing around Biden. On Monday, he picked up endorsements from Illinois Governor J.B. Pritzker and the International Longshoremen’s Association, a large maritime workers’ union based in New Jersey.