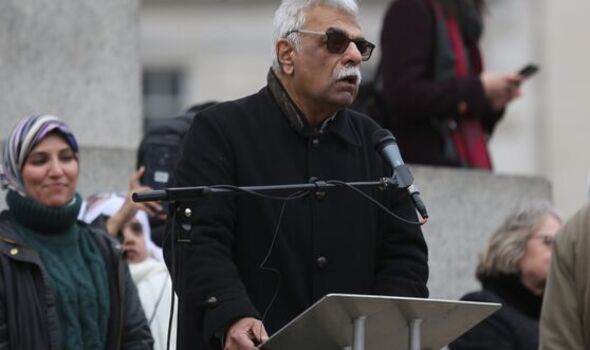 Tariq Ali has fired the latest salvo in the battle over the statesman’s legacy with the publication of Winston Churchill: His Times, His Crimes. Churchill biographer Andrew Roberts accused Mr Ali in a review of “execrable” research and “bile and evident malice”.

The book presents Churchill as a “racist” who “enthusiastically supported the terror bombing of civilians” and took a callous attitude to the Bengal famine. A core aim is to challenge the “Churchill cult” he claims has taken root in England.

Robert Oulds, director of the conservative Bruges Group think tank whose founding president was Margaret Thatcher, came to Churchill’s defence, saying: “The freedom that Tariq Ali enjoys, and sometimes tries his worst to abuse, was guaranteed by Churchill’s courage, vision, and to a lesser extent his abilities as a communicator in both spoken and written English.”

“Tariq Ali appears to be following a well-trodden, and perhaps commercially successful path, one of murdering rather than learning from the past.”

Conservative MP Michael Fabricant also saluted Churchill’s role in securing British liberty, saying: “When Tariq Ali saves a nation from an evil fascist regime’s invasion, he might then be qualified to comment on Churchill.  Until then, he can keep his opinions to himself.”

Mr Ali is not worried by the reaction to the book, saying: “Of course right-wing historians have gone mad but I was expecting that.”

Churchill was voted the “greatest Briton” in a 2002 BBC poll, ahead of engineer Isambard Kingdom Brunel and Diana, Princess of Wales. However, Mr Ali claims that younger people today are less attached to Churchill and he predicts the Churchillian “cult” will wither.

He said: “Many of them don’t even know who he is, really, despite the campaign in schools. Unless Britain keeps fighting wars and he keeps being built up as the all-time, all-purpose war leader, his cult will die a natural death.”

In 100 years’ time, he hopes Churchill will be seen “for what he was – quite a brutal imperial politician at the height of the British empire doing lots of awful things.”

Justin Reash, executive director of the International Churchill Society said: “Winston Churchill has been criticised for various transgressions since he was a young man and none of the recent accusations, most not rooted in fact, are new.”

[We] hold the foundational belief that his unique wartime leadership in the face of unprecedented adversity continues to be an inspiration to people of every generation around the world.

“Just look to Ukrainian President Volodymer Zelensky and how he has invoked Churchill’s example to rally his country.”

Anthony Tucker-Jones, the author of Churchill, Master and Commander, commented: “Churchill was certainly by no means perfect but holding him solely accountable for the attitudes of his time effectively means damning an entire generation. There is a growing propensity for revisionist historians to take his actions out of context, which can be wholly misleading.”

Although he acknowledges that Churchill made mistakes during his epic career, he said: “I personally hope that future generations will take a balanced view of his quite remarkable achievements and appreciate that he was the right man in the right place in May 1940. What came before made him eminently qualified for the job.”

“Certainly, his incredible zest for life should be a lesson to all of us.”

Professor Richard Toye, a Churchill expert at the University of Exeter, took a nuanced view, saying: “The suggestion that the Churchill cult is out of control has some merit; Tariq Ali is hardly the first person to challenge Churchill’s record. Because Churchill is taken to symbolise the British nation, people argue about him as a proxy for arguing about other things, and it is, perhaps, these deeper issues to which we should direct our attention.”

– Winston Churchill: His Times, His Crimes is published by Verso