Hikes in the cost of alcohol were cancelled, stamp duty overhauled and levies on businesses dramatically reduced. It makes the mini-budget the biggest onslaught on taxation in 50 years and delivers on Prime Minister Liz Truss’s vow to let people keep more of their own cash while driving economic growth.

The Chancellor told the Daily Express he would never apologise for “having the courage to bet big on our incredible country”.

Mr Kwarteng said: “This Government is coming out fighting for the United Kingdom.”

“Our tax-cutting growth plan will put Britain back on top. “

“We’re backing our businesses, cancelling the planned rise on corporation tax and stimulating investment in the UK.”

“That growth will create jobs and give us more money to pay for our public services, like schools and the NHS.”

“Without our massive energy intervention earlier this month, the average bill could have reached £6,500 next year – we were never going to let this happen.” 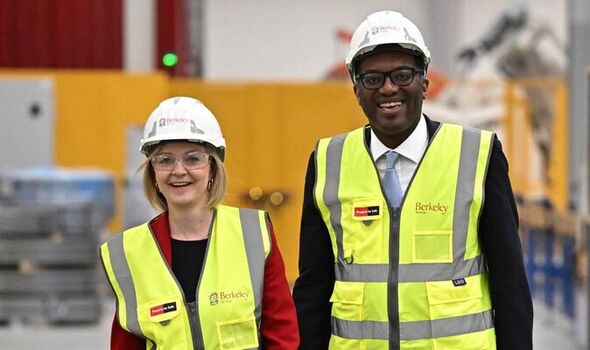 “We’re rooting for first-time buyers, with cuts to Stamp Duty that lift 200,000 homebuyers out of paying the tax altogether every year.”

“And because of our changes to income tax and National Insurance, over 30 million people in Britain get a tax cut – because hard work should always be rewarded.”

“This is an ambitious plan for Britain. And I will never apologise for having the courage to bet big on our incredible country.”

Mr Kwarteng threw everything at reigniting stalled economic growth with a red tape bonfire to help businesses on top of the widespread tax reforms.

He announced plans to axe the 45p top rate of tax and end the cap on bankers’ bonuses, reforms that triggered criticism from trade unions and Labour.

But the Chancellor insisted his priority is making Britain the most attractive place for investment and said he wants to reach a trend rate of growth of 2.5 per cent over the medium term.

Alongside the energy price guarantee that will cap the unit cost of gas and electricity for homes and businesses, the package of emergency measures is expected to cost about £70 billion in government borrowing.

The pound sank to a fresh 37-year low as the Chancellor unveiled the measures.

But he dismissed fears about the slump and insisted it was a “very good day for the UK, because we’ve got a growth plan.”

“We’re very, very upbeat about what we can do as a country. We were facing low growth and we want a high-growth economy and that’s what this morning was all about,” he said.

The Institute of Fiscal Studies accused the government of “betting the house” by putting Government debt on an “unsustainable rising path”.

But the Chancellor rejected the claims. 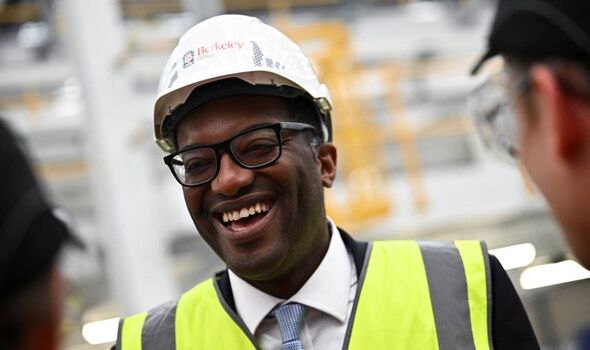 “What is a gamble is thinking that you can keep raising taxes and getting prosperity, which was clearly not working.”

“We cannot have a tax system where you are getting a 70-year high, so the last time we had tax rates at this level before my tax cuts was actually before her late majesty had acceded to the throne.

“That was completely unsustainable and that’s why I’m delighted to have been able to reduce taxes across the piste this morning.”

New low-tax “investment zones” allowing planning rules to be relaxed and the reduction of business taxes to encourage investment are being set up.

Legislation to force trade unions to put pay offers to a member vote so strikes can only be called once negotiations have fully broken down was also announced.

The National Institute of Economic and Social Research predicted growth raising to two per cent in the next financial year.

A spokesman said: “We now forecast that the energy support guarantee, together with the tax cuts announced today, will lead to positive GDP growth in the fourth quarter of this year, shortening the recession and raising annual GDP growth to around two per cent over 23-24.”

A Centre for Social Justice spokesman said: “Today the Chancellor fired a bazooka through more than a decade of economic orthodoxy, financing a swathe of tax cuts through historic levels of borrowing. Gunning for growth so all of us can benefit from rising living standards is a bold strategy.”

Kitty Usher, chief economist of the Institute of Directors, said there was “loads to welcome here”, particularly the changes on national insurance and corporation tax.