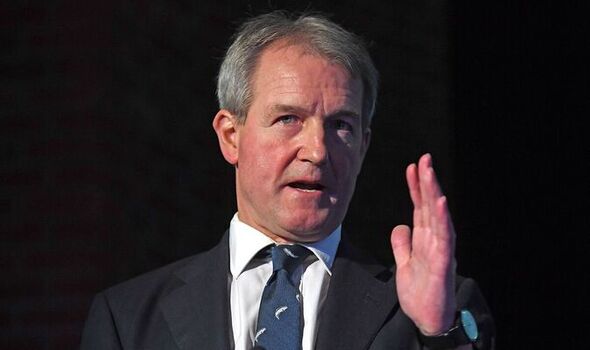 Former Tory Cabinet minister Owen Paterson is suing the Government after he was found last year to have broken lobbying rules.

The former North Shropshire MP, who was one of the party’s most prominent Brexiteers, is taking action in the European Court of Human Rights over claims his right to privacy was breached.

A notice published by the court this afternoon reads: “The applicant complains that his Article 8 rights were infringed, as the public finding that he had breached the Code of Conduct damaged his good reputation, and that the process by which the allegations against him were investigated and considered was not fair in many basic respects.”

In follows an investigation by Parliament’s standards watchdog in 2021 which found he had breached the Commons code of conduct by lobbying ministers and officials for two companies paying him more than £100,000 per year.

The Parliamentary Commissioner for Standards, Kathryn Stone, recommended Mr Paterson be suspended from the Commons for 30 days as punishment.

Prime Minister Boris Johnson initially attempted to change the rules on standards investigations in order to give the then-Tory MP the chance to appeal the findings.

However, Mr Paterson quit his seat when Mr Johnson climbed down on his efforts due to backlash from Tory MPs.

The former MP had been a vocal critic of the ECHR while in Parliament.

He argued: “Much of the problematical immigration into this country stems not just from the EU but from the European convention of human rights.

“This is exacerbated by the rulings of judges in the court at Strasbourg and by our own UK courts implementing the Human Rights Act.

“Repeal of the Human Rights Act and adoption of new bill of rights, breaking free from the European Court of Human Rights, would also relieve us of migrant pressure, including such absurdities as not being able to deport illegal immigrants who come to us via Calais, because – according to our judges – France is not a “safe” country for asylum seekers.”