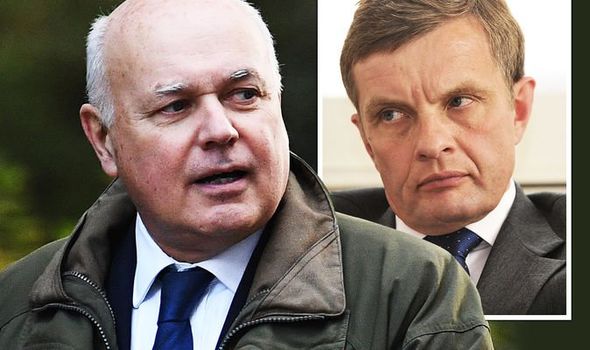 Former Conservative leader Sir Iain Duncan Smith and former Brexit minister David Jones have said that the EU has not met its obligation to act in good faith over the trade talks making unreasonable demands which “do not respect Britain’s sovereignty”.

The comments represent a new ratcheting up of Britain’s position by Brexiteers as the point of no return approaches on whether there can be a trade deal in place before the end of the transition period on December 31.

Members of the powerful European Research Group (ERG) of Tory Brexiteer MPs are determined that there should not be any compromise on issues regarding British sovereignty and insisted that the final deal should see revisions to the Withdrawal Agreement which was put into law in January.

Part of the Withdrawal Agreement provisions was for the UK to pay a highly controversial divorce settlement of £39 billion to Brussels.

There is fury that the EU has tried to insist on level playing field obligations in a trade agreement which it has not demanded from other countries but would tie the UK to EU laws and regulations.

Mr Jones, who is a deputy chairman of the ERG and was one of the lawyers on the Brexiteer legal advisory group, pointed out that the EU had agreed in the Political Declaration to have an agreement which “respects UK sovereignty”. 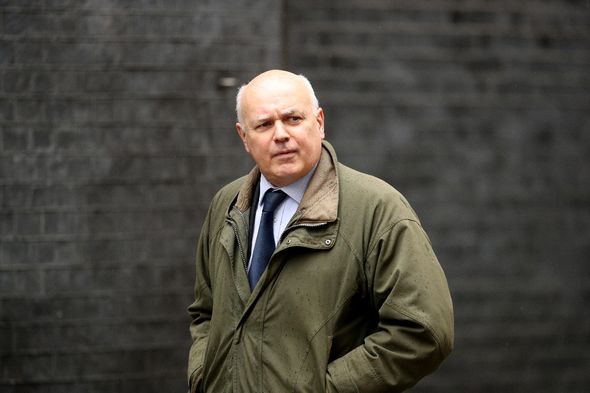 He said: “There is no doubt in my mind that the EU has not acted in good faith or respected UK sovereignty as can be seen with the completely unreasonable demands on access to fishing waters and the level playing field provisions.

“So in my mind there is no doubt that under international law the UK would no longer be bound by the terms of the Withdrawal Agreement.”

Writing today for the Sunday Express, Sir Iain, a fellow of the Centre for Brexit Policy, has warned that £166 billion of loan guarantees issued by Britain through the Withdrawal Agreement could cost each household a further £6,000.

But he said that none of the obligations should stand if there is no trade deal.

He said: “The Withdrawal Agreement imposes an obligation on both the EU and the UK to ‘use their best endeavours, [and] in good faith … to take the necessary steps to negotiate expeditiously the agreements governing their future relationship referred to in the Political Declaration.’

“These open ended financial commitments coupled with the EU’s astonishing refusal to negotiate on services – 80 per cent of UK GDP, mean the EU are acting in bad faith, in contravention of their own obligations.

The row comes after Brexiteer MPs were alarmed by comments from Britain’s chief negotiator David Frost that the UK may only get 60 per cent of what it wants from the EU in the talks.

Many have argued that the freedom of no deal will leave Britain in a better position to pursue its own path with other trade deals around the world, while the EU will be the losers in a tariff war because it has a net trade surplus of £72 billion with the UK.

However, there were signs that the EU team led by Michel Barnier may be cracking with reports that he is willing to offer Britain a major concession by agreeing to it to not be bound by EU state aid rules.

This means that Single Market provisions which prevent the government from bailing out industries like steel will no longer apply.