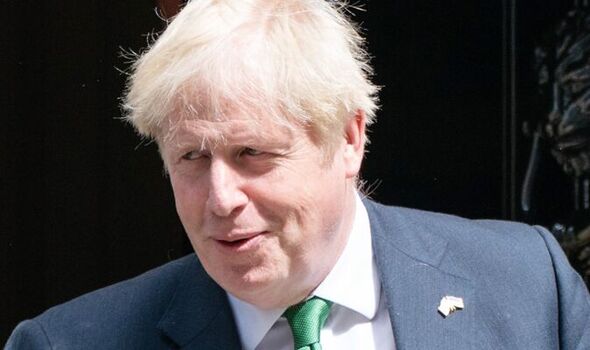 Formal invites were reportedly sent earlier this week for the event at the Prime Minister’s official country residence in Buckinghamshire on Sunday.

“It is their farewell bash at Chequers this weekend.

“Partners and children are all invited.”

Downing Street did not deny that Mr Johnson was hosting a party at Chequers this weekend.

A No 10 spokesman said: “As is usual practice, any political events would be for my political colleagues, it wouldn’t be a question for me, but I confirmed that the PM will be in Chequers over the weekend.”

It comes as Cabinet Office minister Kit Malthouse is chairing an emergency Cobra meeting today to discuss the escalating heatwave.

A national emergency has been declared and the UK’s first ever red extreme heat warning has been issued as temperatures could hit a scorching 40C next week.

Meteorologists have warned the record high temperatures could put lives at risk.

Pressed if he would be joining talks from Chequers, the spokesman added: “He’s kept thoroughly updated on the latest situation.”