Boris Johnson fiercely rebuked attempts from Labour leader Jeremy Corbyn to cast a shadow on the Conservative Party’s record on gender equality. The Labour Party leader challenged the Prime Minister on the work the Government has been doing to promote equality between men and women. But Mr Johnson immediately shut down Mr Corbyn as he highlighted Labour’s failure to elect a female leader in over 100 years of the party’s history.

Speaking at this week’s PMQs, Mr Johnson said: “I am proud of what this Government has done to promote the rights of women.

“I’m proud that we have a record number of female MPs today. I’m proud this is the only party that produced two female – not one but two – female Prime Ministers.

“Wouldn’t it be an amazing thing if that party were to produce a female leader of their own? Don’t hold your breath.”

The Prime Minister added: “I will take no lessons in sexism from a party where women, good female MPs, are bullied out of their party just because they’ve had the guts to stand up to the climate of anti-Semitism in the Labour Party.” 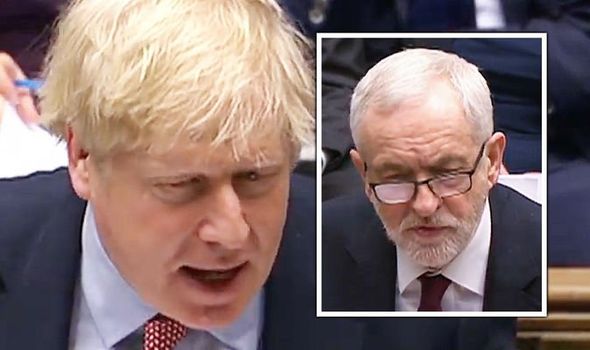 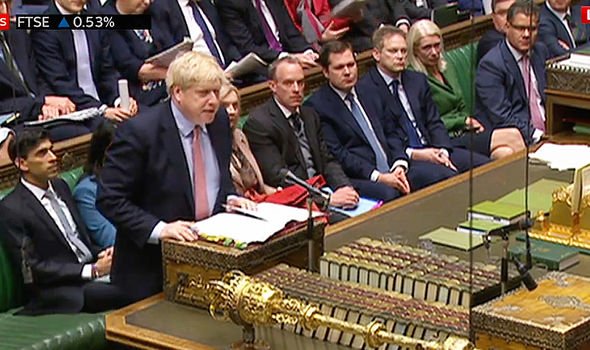 Despite a long political history, the Opposition Party has never once elected a woman in the top leadership spot. Only two female MPs, Harriet Harman and Margaret Beckett, have served as deputy leaders of the party.

With a new leadership contest still ongoing, some members are hoping to see one of the two female candidates to emerge victorious.

Salford and Eccles MP Rebecca Long-Bailey and Wigan MP Lisa Nandy secured a spot on the final ballot after receiving the backing of over 22 MPs in the selection process as well as the backing of unions and several Constituency Labour Parties (CLPs). 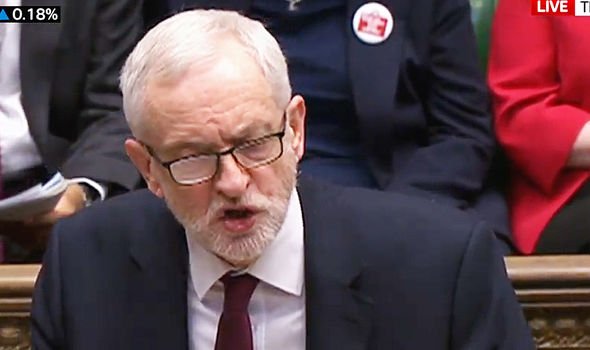 But shadow Business Secretary Long-Bailey last month sparked controversy after her campaign launched an attack on Ms Nandy for missing out on a key vote on the 2015 welfare bill.

But supporters of Ms Nandy hit back by pointing out the reason the Wigan MP missed the vote was that she had just given birth.

The attack was unveiled by the website Red Roar after they uncovered a document aimed at boosting Ms Long-Bailey’s chances of becoming leader.

In the section called “Trust” it refers to Ms Nandy as being “the only candidate who provided consistent support to Jeremy Corbyn, nominating him in 2015 and 2016, serving in the Shadow Cabinet 2016-2019, and regularly defending his policies and vision on the national media.” 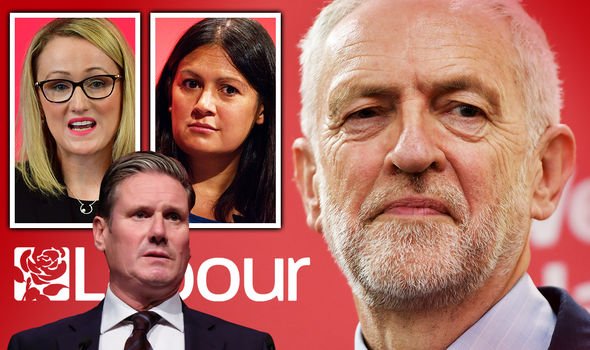 Ms Nandy campaign chairwoman Louise Haigh said: “It is really disappointing to see Momentum continue to attack a leadership candidate for having been on maternity leave.

“What message does this send to young women worried about balancing politics with having a family?”

A spokesman for the Long-Bailey campaign refused to comment on the document.

With the earlier resignation of Tom Watson, there is also a deputy leadership election.